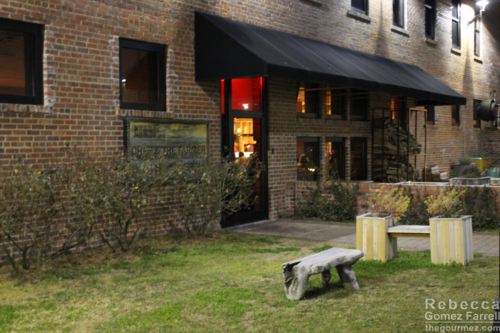 Outside the Chef and the Farmer.

This is the third and final installment on our recent day trip to Kinston, NC. Blog 1 covered the various ways we amused ourselves by the Neuse riverfront last month. Blog 2 was on Mother Earth Brewing, which we were delighted to discover is based in downtown Kinston — oh happy Providence! This one is devoted to Chef and the Farmer, the farm-to-fork restaurant of Chef Vivian Howard, a James Beard semifinalist, and her husband, Ben Knight, an artist and the front house and beverage manager. Located just around the corner from Mother Earth Brewing at 120 W. Gordon St., it’s ideally located for a final destination on a day spent downtown. 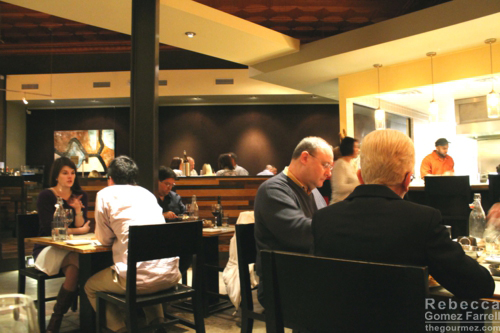 Ben deserves accolades for the interior design of the restaurant. I loved all the different textures and colors used to create a refined yet playful dining room full of odd angles. There was brick, tile, paneling, wood, and stone in a palette of dark brown, yellow, and sage green. Even the bathroom had its own bevy of materials with cork, slate, and vanilla coloring. The menu features a hodge-podge of dishes as well, with a few each in small plates, specialty grits, pizzas, salads, and entrees. The menu was heavy on grains the evening we were there. 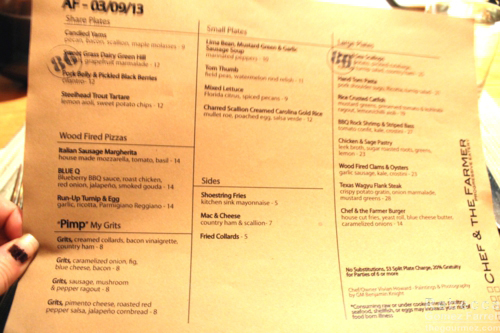 I love that it’s printed daily and an 86ed stamp signifies any options they’ve run out of. The bread service set the stage for the meal that followed. 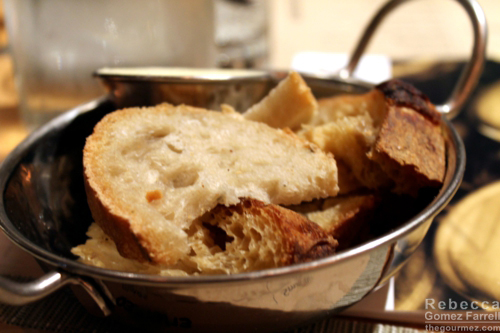 It was so good with rosemary, sweet potato, and caramelized onion bits. The crust was crunchy, but the centers were soft and delicious, and its fragrance was divine.

The husband and I split a salad, small plate, entrée, and dessert. 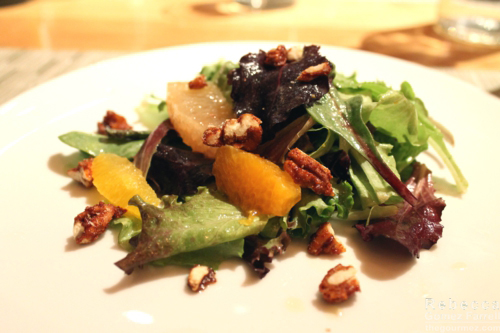 The mixed lettuce salad came with spiced pecans and some orange and grapefruit slices from Florida. It all tasted perfect with the sweet and tangy vinaigrette, and the pecans added an essential element in both texture and contrasting flavor. It’s a prime example of how good a simple salad can be if there’s enough interplay between the ingredients. 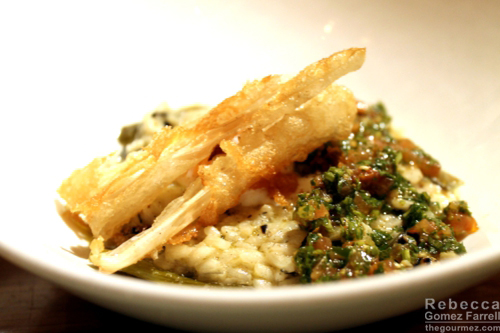 The star of the meal was definitely the creamed Carolina Gold rice with charred scallion, mullet roe, poached egg, and salsa verde. If any dish sounds similar when you go, get it. The rice, roe, and poached egg were all mushy ingredients, which is potentially off-putting but the charred flavor, green pepper chunks that tasted similar to mild Anaheims, and tang of the salsa verde did wonders to keep it interesting bite after bite.

Our entrée was hand-torn pasta with pork shoulder, ricotta, and turnip salad. 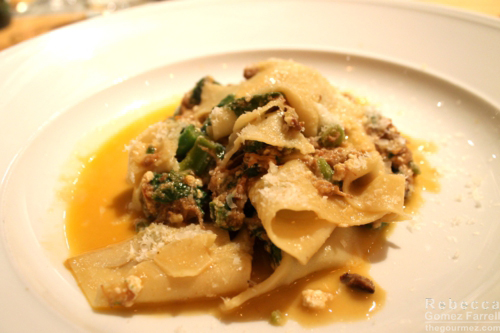 The pasta was torn into large, manageable chunks that tasted great. I didn’t expect the turnip salad, made with tangy stems and leaves from the plant, to be incorporated into the sauce, and it made the dish bitterer than I’d prefer. The pork tasted fine, but I think ground rather than pulled would work better for this dish to reduce its tendency to clump together. It was a good but didn’t live up to the expectations the rest of the meal raised. Dessert, however, did. 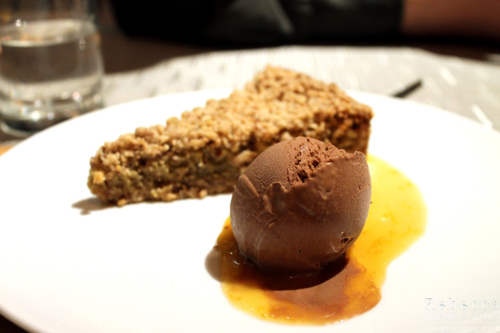 That was billed as pecan pie with dark chocolate/bourbon ice cream and citrus. I love, love that they rolled the pie slice in ground pecans rather than opting for a classic presentation. It tasted like no pecan pie I’ve had. Rather, the texture and flavor reminded me of yellow cake mix …which I consider a magical ingredient that makes everything taste better, so that’s a win for me. The bourbon flavor of the ice cream was great, though it wasn’t as chocolaty as I expected.

I had an espresso with dessert and my husband had a glass of port. 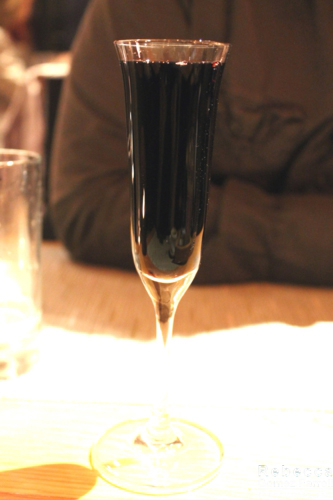 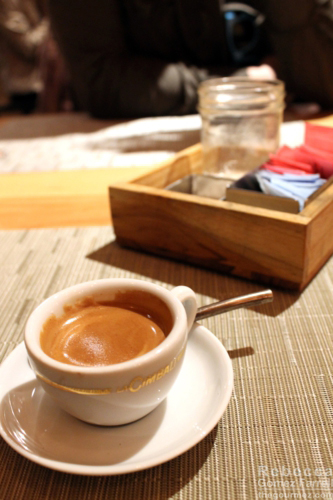 I have no thoughts to share on them, but not sharing the pictures would be a waste! I suppose I do have one thought: even the coffee had a pretty, thoughtful presentation.

I can recommend Chef and the Farmer without reservations — though you should probably make some of those. My complaints are confined to the entrée, and it was a good dish despite a few qualms. The rest of the food was beyond impressive and well worth a day trip to Kinston.

6 thoughts on : Kinston, NC, Blogging: Chef and the Farmer