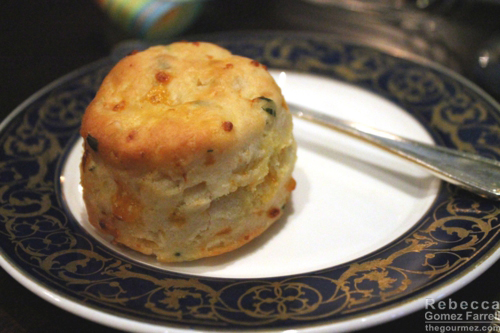 Another spring, another media lunch preview of the new menus at the Washington Duke Inn! This was the third time I’d been invited, and getting these views into Chef Jason Cunningham’s dishes is always quite fun and delicious. In addition to a free lunch, we were gifted with whisks from Best Manufacturers, who are apparently the only company that makes whisks in America. 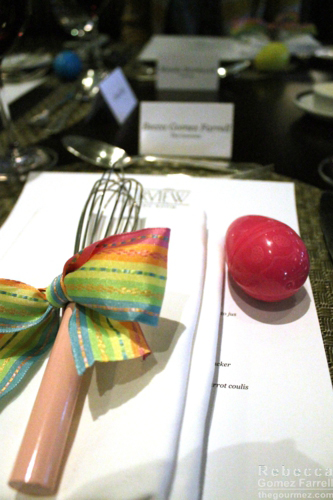 Whisk with the place settings.

Who knew I’d learn that little detail this afternoon? Not me, but I was certain a good meal was in store. Let’s dig in!

Each course was named after a different spring flower, and the first was Daffodil, presenting a panna cotta of Goat Lady Dairy black truffle chevre with crispy sunchoke slices, a niçoise olive, a sorrel butter crouton, and sweet dill gherkins cured in house. 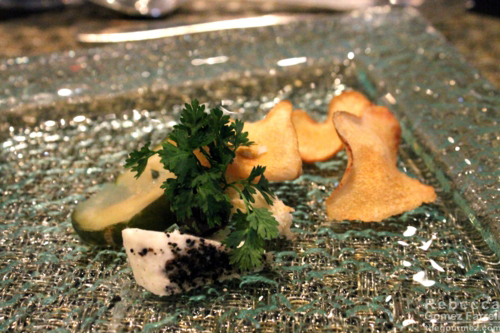 All the crunch in combination with the soft cheese made for a fun dish texturally. The flavor of the sunchoke when fried was remarkable. The toast and the gherkin could have both been crisper, and I’d lose the olive, though that’s no fault of the kitchen. I’m always in favor of losing the olives.

Course Dogwood came next with a duo of appetizers: house-cured bacon wrapped around NC shrimp and served over a scallop soufflé, micro celery, and roasted yellow pepper puree and a salad of Cottle Farms kale with cannellini beans, roasted fennel, red cabbage, and lemon dressing. 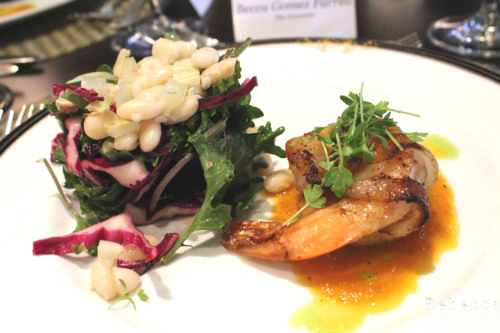 I think the omnipresence of kale salads is proof us Americans have embraced tougher, bitterer greens. This is a pretty good option for the new kale lovers out there. Those were the most unique kale leaves I’ve seen served, and they were very approachable due to being young and tender. The beans’ creamy quality balanced the strong kale, fennel, and cabbage flavors. If the dressing had more lemon, and therefore more presence, it would have been a fabulous salad.

The shrimp and scallop soufflé dish definitely won this duo, however. The bacon’s flavor came through in every bite without overwhelming the softer seafood presence. I was especially impressed with the delicate richness of the souffléd scallop — I’m guessing it was dipped in an egg batter then seared to create that wonderful texture. The bell pepper sauce kept the dish vibrant. 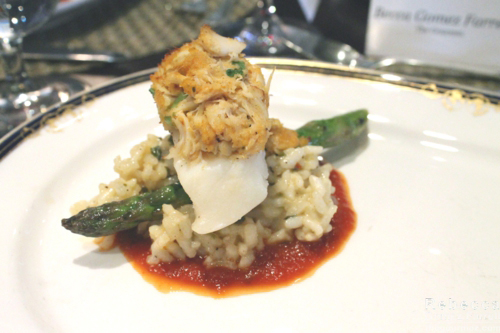 The strong cheese flavor of the risotto clashed with the exquisite roasted tomato and lemongrass au jus for me. I’d enjoy the cheddar risotto in another dish, but I think this one would be better without it. The crab stuffing was dry, but that’s typical for this sort of preparation. The fish was succulent, and with the sauce and asparagus, it was delicious.

But the Carolina duckling fricassee was the assured star of the Magnolia course. 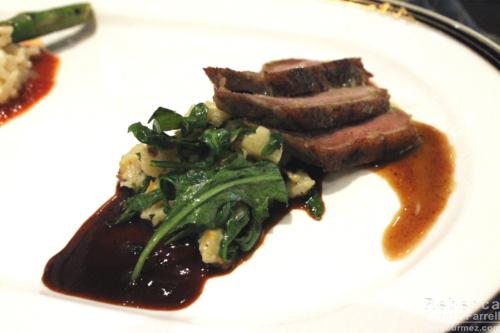 It was served with orange spaetzle, sautéed arugula, celery foam, and black garlic duck jus reduction. All those elements, except for the celery foam that likely dissolved before I realized it was there, worked really well together to make a memorable entrée. The duck was so tender and the intense black garlic flavors of the jus reduction complemented both it and the simpler spaetzle perfectly. Spaetzle has been quite popular lately on menus, and for the most part, it’s failed to impress me as anything more than a bland, spongy side offering. But this spaetzle deserves major points for that light orange flavor and what it added to the dish.

Dessert, the Azalea course, was a trio of goodness. I ate them in order of likeliest to melt. 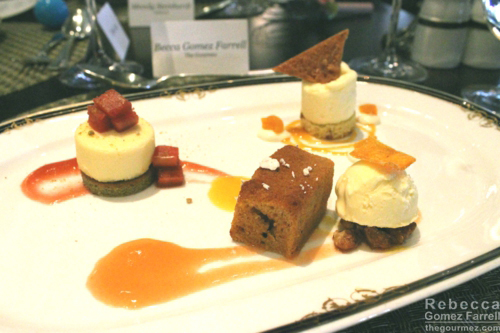 In the foreground was a brown butter carrot financier with brown butter powder, sugared walnuts, cream cheese pineapple ice cream, and carrot coulis. Someday, I’ll figure out what makes financiers fancier than other cakes, and it’s not that they pay for the other cakes like my dining companion, Mandy of Demandy, tried to convince me. The ice cream was rich and lively; I’d definitely eat that all on its own. The sugared walnuts were nearly subsumed by the cake, ice cream, and fabulous coulis. Taken altogether, the extras livened up the cake, making for an excellent dessert.

To the left was the wildflower honey and verbena Bavarian cream with pistachio dacquoise, vanilla-poached rhubarb, and pistachio powder. I passionately love pistachio in dessert, and its main purpose here was giving it all the sweetness of a sugary breakfast cereal, which I grow up on, so score! The tanginess of the verbena gave the Bavarian cream portion a nice vibrancy, and the rhubarb was delicious.

On the far right was a frozen Limoncello mousse over a polenta pine nut cake with apricot syrup, whipped crème fraiche, and a pine nut cracker. I would liken it to eating a lemon meringue pie in one bite without the meringue but with the same tanginess. The pine nut cracker was a nice ending crunch.

Once again, with full bellies all around, lunch was over. The Washington Duke Inn will be 25 years old in November, and I can’t imagine the cuisine ever failing to live up to that legacy. The duckling fricassee and the souffléd scallop with bacon-wrapped shrimp were especially deserving of it this time around. Head in between 5:30 and 6:30 for a $30 three-course prix-fixe menu! If you get the shrimp, duck, and any of those desserts, you won’t be disappointed.