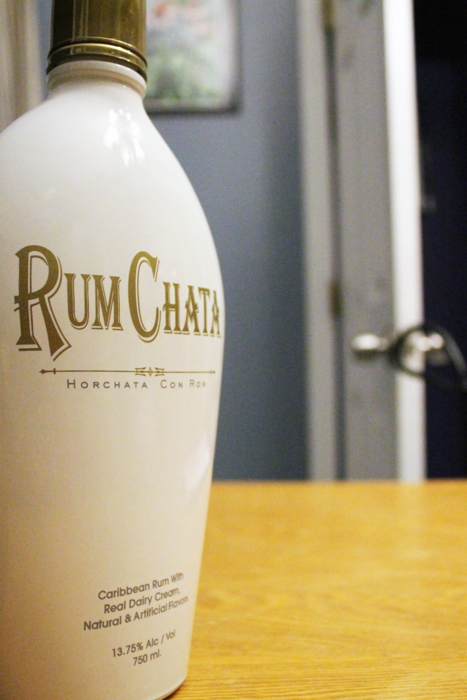 RumChata is a liqueur coming from the Agave Loco brand, and you can bet I squealed when I saw it on the shelf. Why? Because I love horchata, and an horchata made for imbibing sounded perfect to me. My expert background in foodie Spanish means I can translate their horchata con rum slogan easily into horchata with rum, and it’s a needed slogan because RumChata just doesn’t convey “horchata with rum” strongly enough on its own. Sarcasm aside, their proclamation of using real dairy cream was suspect, but not because of the real. You see, horchata is traditionally made with rice or nut milk, so lauding the use of dairy instead is a tad peculiar. A few countries do add dairy to the mix, but it’s not that common in my experience.

The texture is similar to an irish cream but smoother. The rum and cream combination gives it an interesting patchwork, layered look if you stare for a while. 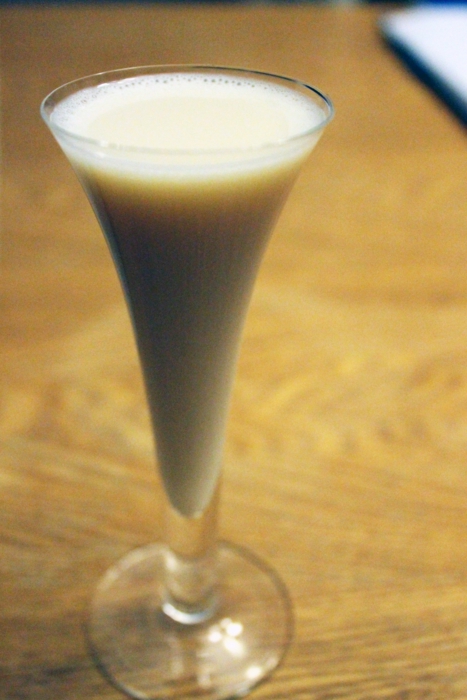 No nose to speak of, but the taste is fantastic. It’s moderately thick, which means a cocktail would be the ideal use for it, but place a shot on the rocks, and you could convince yourself it’s a regular horchata spiked with rum. The spice levels are lovely, with mellow cinnamon being the most prominent among them. There is a disconnect between the cream and the bite of the rum that settles almost as a metallic tang on the tongue, but I don’t find it that off-putting.

This liqueur has great potential for me. So much so that a cocktail creation was necessary for exploring it more thoroughly. Or maybe I just wanted a cocktail. I present the Knackered Nougat! 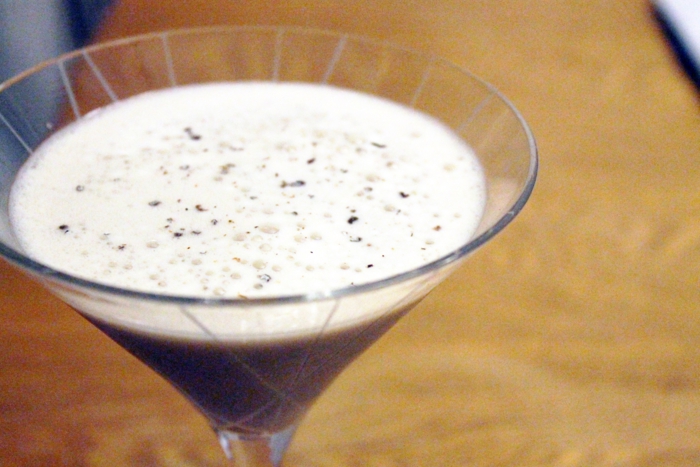 Shake all those ingredients together then add a tiny sprinkle of freshly ground cardamom on top. The result smells amazing with that slight savory tang from the cardamom. It tastes like nougat in a candy bar and is very suited to dessert — I’m quite proud of myself for this one. Perhaps add another dash of cardamom on top or some supplemental cinnamon, but otherwise, it’s quite tasty. Enjoy!

without that metallic tang.

Okay, here’s the thing. I perused a bunch of other websites with posts on RumChata, and nearly all of them were recipes for RumChata in baked goods or cocktails, recipes you can get on the RumChata website. And they all used words like sexy, Latin, Cinnamon Toast Crunch, and “taking the world by storm!” to describe RumChata, so I’m pretty sure the brand has done an extensive media blitz to get their name out there and bloggers posted their press releases without, you know, mentioning that they were using the press releases. That’s all fine, but I could not find any genuine opinions on the liqueur in the blogosphere, so I have none to share with you. Oh well.