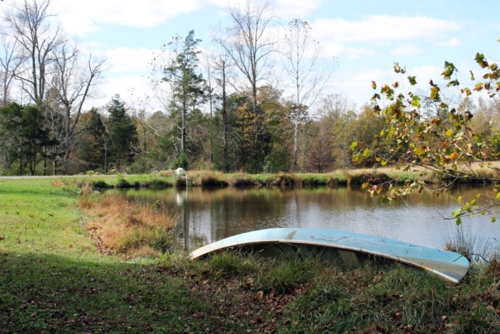 View of the pond at Boxcarr Farms.

Boxcarr Farms is both a farm and a food truck that uses ingredients from that farm. The farm can be found in Cedar Grove, NC, and the food truck visits Fullsteam Brewery every other Thursday night and 3 Cups every other Friday night. I’ve reviewed the food truck before, and I was thoroughly impressed — more than I expected to be, honestly, because I thought they might be a bit hyped up. So it was definitely a treat to see Boxcarr’s grounds in person and talk with its owners, Austin and Dani Genke, for the lunch stop on our TerraVITA 2012 Media Farm tour. 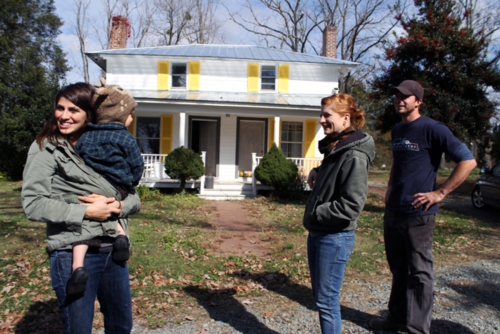 Dani, Ariyeh, Sam, and Austin in front of their home, built in 1772 and called Flint Ridge back then.

The Genkes are originally from Las Vegas, and they may be the most relaxed farmers I’ve ever met. Sam is Austin’s sister and she also works at Chapel Hill Creamery. Ariyeh is the child in charge of this establishment! He is the man of the farm, no question, as he’s much more demanding of their animals than his parents. 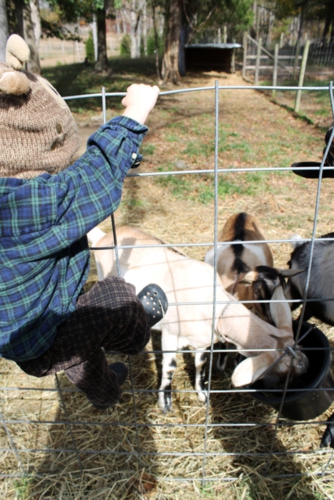 A lot of the Genkes’ learning curve has come from experimentation, and I was surprised by how many times they’d say something along the lines of “Sure, we have to deal with deer now.” There was a mule (we’ll call it a mule — I can’t tell if it’s that or a donkey. The Gourmez is not a farmer) on their grounds that belongs to a neighbor, and they weren’t even sure how it wandered over, much less whether they wanted to force him back on his own land or not. 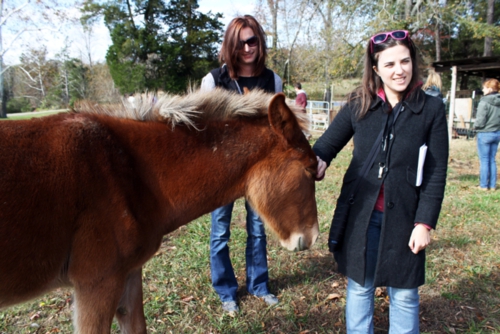 A couple of folks from our tour group with the mule. 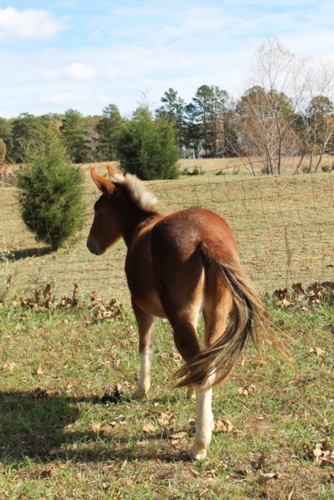 In other words, the Genkes are my type of people: laidback. They’ve owned their farm since 2009 and are just now learning to harvest seeds, specifically squash and okra. Most of the farm is grown over for the winter at this point, but there were a few peppers left. 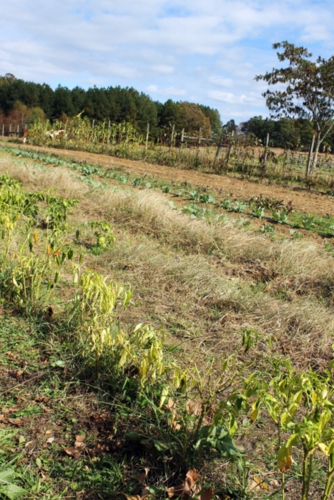 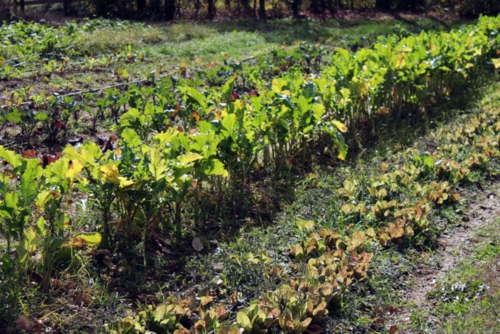 Some asparagus plants keeping their green. 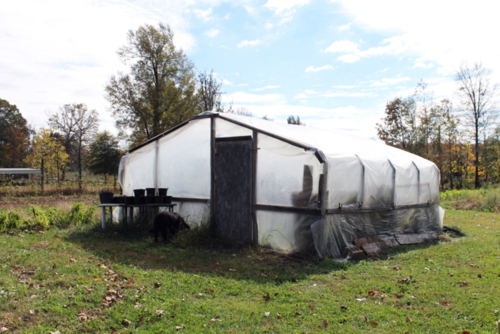 Their greenhouse, which has held up well for the past three years with just plastic as an insulator.

The catering side of their business is slowly taking over, and Austin talked about his plans to convert the farm to just a few varieties of vegetables and outsourcing the rest of their needed ingredients from other local farmers who share their agricultural values. They keep a number of animals as well, using goats for milk and sending some of their chickens and pigs out for slaughter every year. The animals had plenty of personality, and Dani took obvious joy in showing them off. 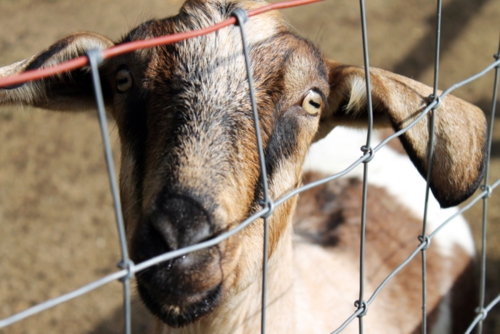 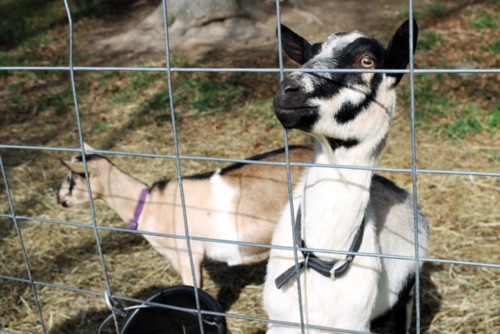 She names them all and knows their stories. In case you are wondering, Dani is vegetarian and Austin is not, but they’ve achieved a peace with Boxcarr Farms using meat. 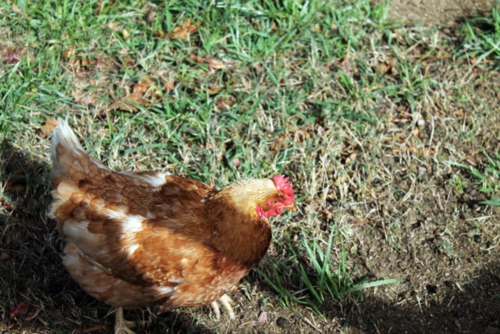 That hen spends most of its time up by the house being sociable. It was missing a toe, I believe, and we spent a fair bit of time trying to convince Ariyeh that the correct word was toe and not leg.

Dani guided me over toward the pigs next, and it was hilarious to watch them run around in a pack together, back and forth, here and there. Who knows why any one pig starts the dash, and who cares? It’s entertaining. 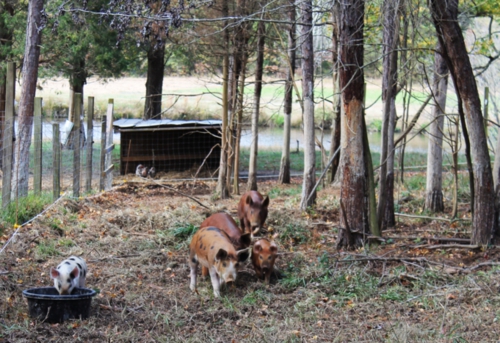 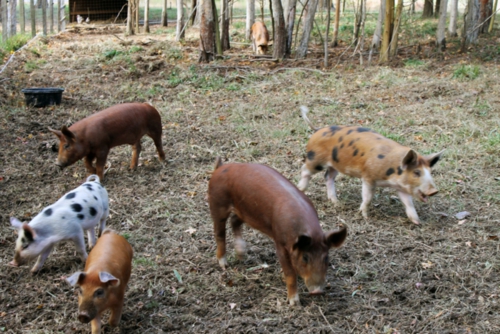 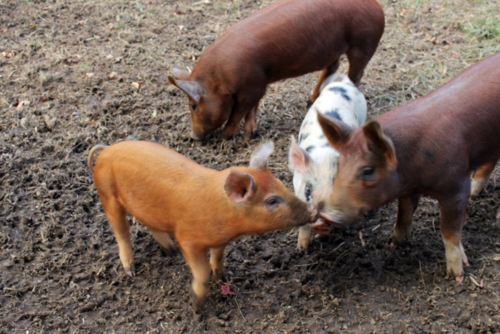 After saying hello to the donkey’s roommate, a beautiful horse from the neighbor’s yard, 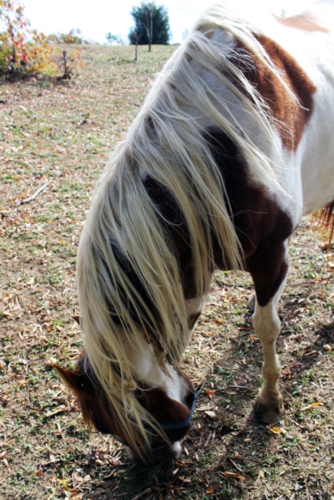 we headed to the chicken coop, which gets rotated around the farm, allowing the chickens to have new area to range on. 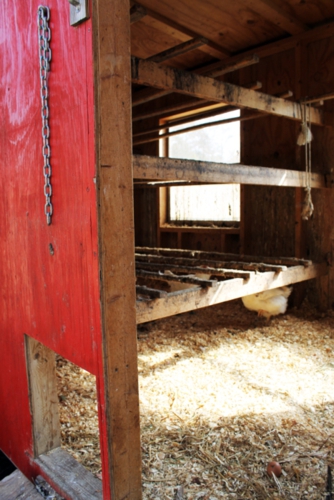 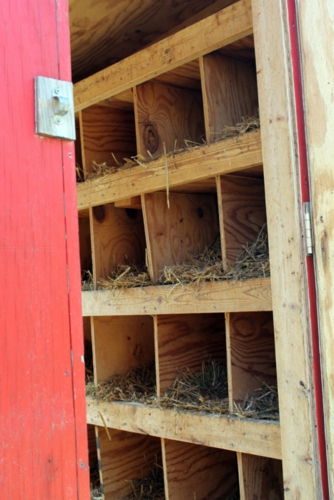 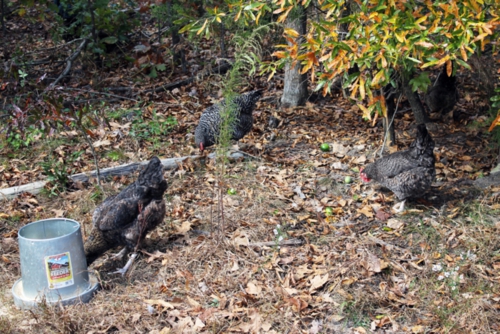 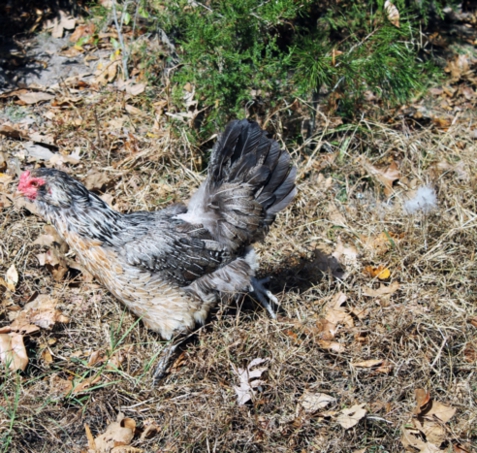 Ariyeh showed off the tractor as well. 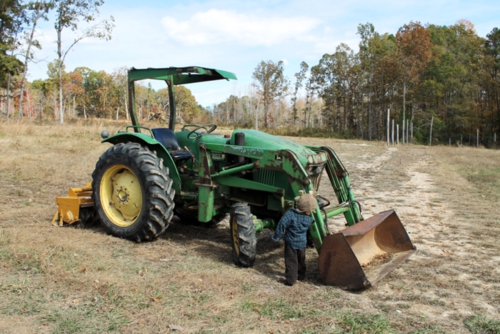 While Dani and Ariyeh were giving us the tour, Sam and Austin were making us lunch over at the food truck. 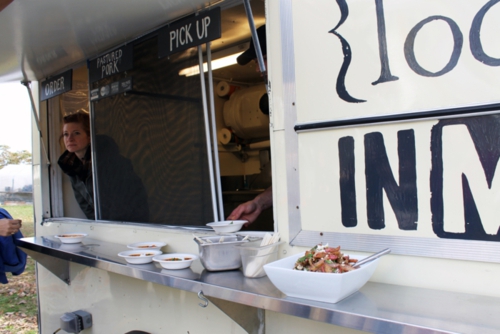 The meal was donated by Comma,  a marketing and communications firm that “does well by doing good” and is certified for their green workplace practices. Libbie Hough, their founder, joined us for the tour, and she was a delight to spend time with on the back row of the van along with Laura from Carolina Epicurean. We were spoiled for lunch. Austin started us off with a vegetarian chili that was delicious, and I don’t even like chili most of the time. 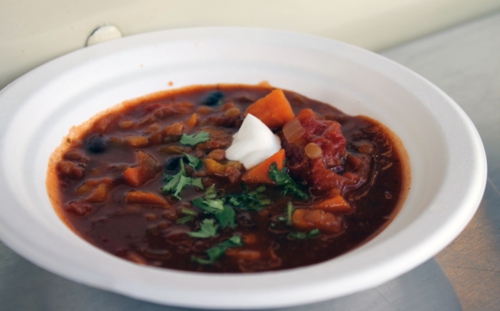 We were then served two different sausage sandwiches, made with meat from their farm. 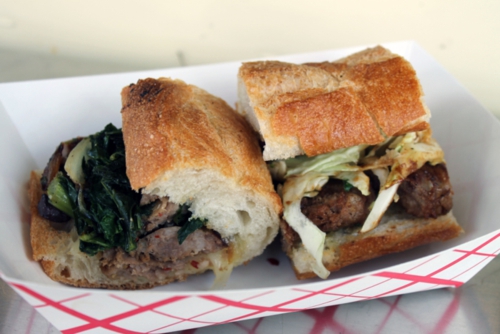 There was bratwurst and italian sausage served with broccoli rabe and coleslaw. Both tasted delicious, but it was the side dish that impressed me most. 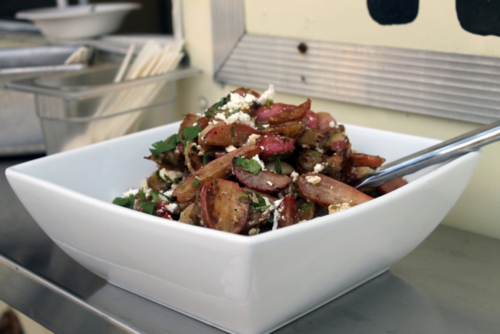 That was a salad of roasted radishes and turnips with feta cheese, and it proved to me yet again that roasting can make any root vegetable extraordinarily palatable.  Austin has a gift for preserving the freshness of his ingredients in the final dishes, making their simplicity stand out.

After the meal, it was time to move on to our next and final stop, Coon Rock Farms. But before we do so virtually, here are a few more sights from Boxcarr Farms. I wish them all the luck in the world in transitioning to a more food-based service. 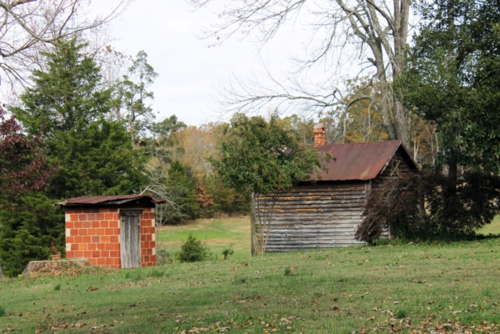 Outbuildings on the farm. 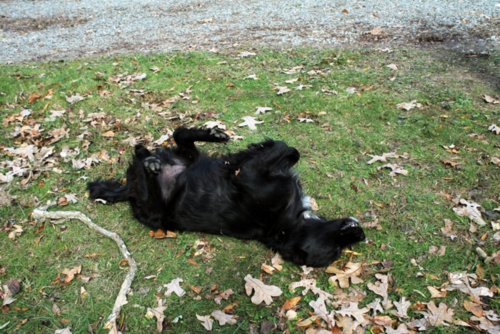 Montu, one of the family dogs. 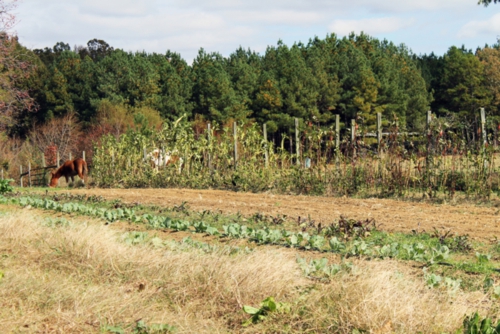 Farewell, Mule. I don’t blame you for wanting to hang out at Boxcarr for a while.

At Coon Rock, we’ll learn how they integrate animal raising and crop planting on a much larger scale than Boxcarr, and then it will be onto the Sustainable Classroom!