Obligatory disclaimer: This post on Japanese rice exports to the Bay Area is based on my complimentary invitation from the JRE to the event.

As I write this post, I am sipping on Ȯzeki’s Hana-Fuga Peach Sparkling Sake, one of the items in my take-home goodie bag from an informative event hosted by the Japan Rice Exports Association (JRE) last January. It is the only item I’ve managed to keep hidden from my husband these last six months—he went through the sample bag of Morihaku Confectionary’s rice crackers so fast, I couldn’t snap a picture of them. To be fair, they were very tasty. If you are importing them, SEND ME SOME. 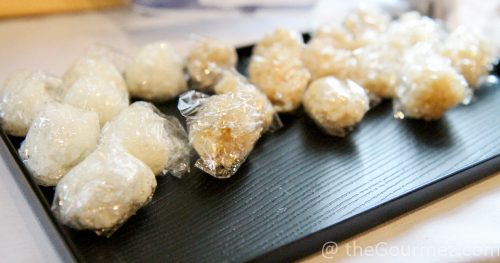 Sadly, not Morihaku’s crackers but a riceball treat I didn’t get to try.

The event was geared toward educating potential clients and media members on the value of rice-based exports from Japan, and while I was very impressed with the pedigrees and enthusiasm of the esteemed guests, who taught us more about what makes Japanese rice so high quality, you know I was there for the tastings! The first was a side-by-side comparison of Japanese and American rice. 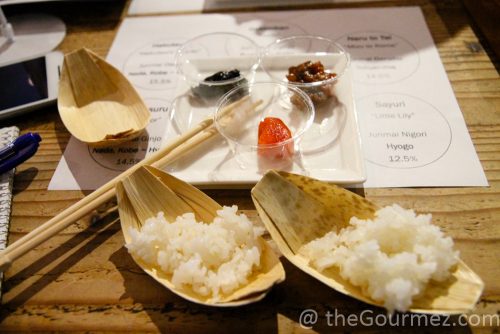 We tasted them along with spicy cod roe, miso, and cooked and sweetened seaweed. I picked up the more floral aroma of the Japanese rice right away. The natural affinity of salty food and rice was made evident with a mere sprinkle of salt flakes over the two samples.

A second, fantastic, pairing dish involved mushrooms, scallops, prawns, bonito, and a soup stock base. The vital garnish of shiso microgreens made me smile with contentedness as its grassy notes burst on my tongue. 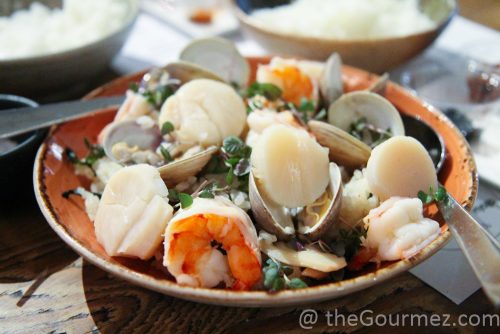 I was admittedly too happy eating the dish to truly compare it with each type of rice, and that fault is entirely Chef Kenichi Tominaga’s, of Sonoma County’s Hana and San Francisco’s PABU, who prepared the dish. 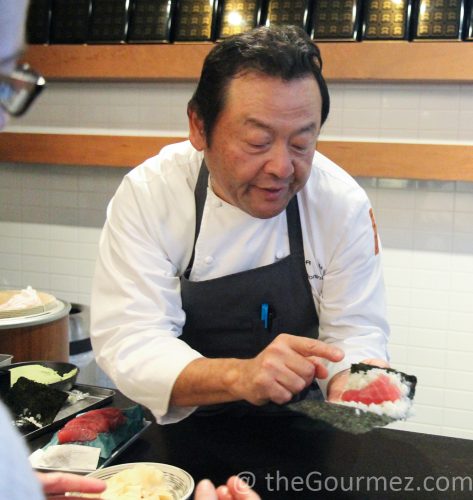 I’ll have to take his word for it that eating salty foods with rice creates harmony in your mouth. I was being too typically American and just stuffing mine.

But my palate perked up for the sake tasting that followed, which was led by sake sommelier Craig A. Tabandera, whose passion for the fermented rice drink came through in his declaration that sake is the perfect alcohol as it combines the character of wine with the brewing methods of beer. And as it generally only has a third of wine’s acidity, it’s easier going down. 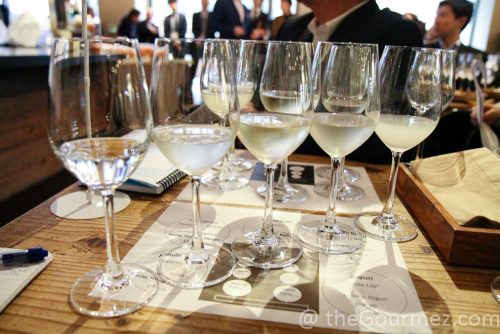 We had five sakes to try, and I loved the Narutotai Brewery’s Junmai Ginjo Mizutokome. 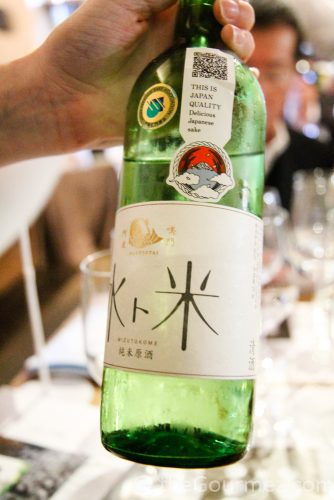 Caramelized pineapple dominated with a lively herbal nose of anise and dried palm leaves. It hit the throat a bit strong, but the coconut, papaya, and ending grassy note soothed. I’d love to see this at a store near me, for sure.

Another sake I’d be happy to have at home was our first glass, the Hakutsuru Superior Junmai Ginjo. 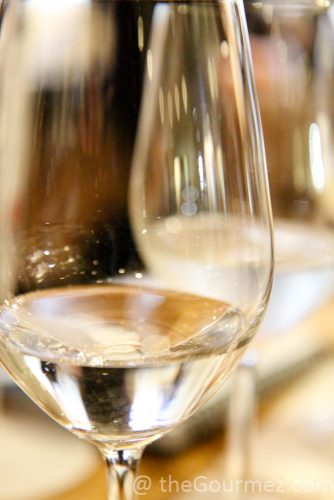 I’d also be happy to have a chef like Mr. Tominaga at home, but I guess I’ll have to be satisfied with the sushi-rolling demonstration he gave us after the sake tasting. 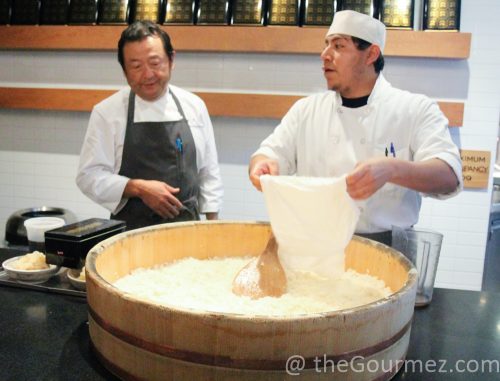 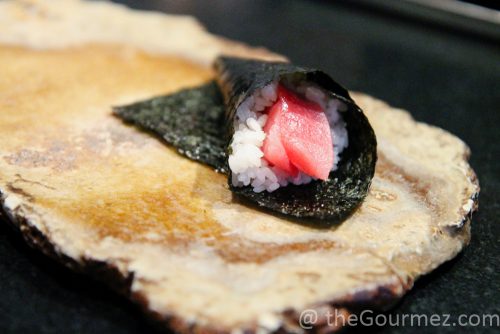 How fun! I didn’t try a roll, but based on that scallop dish, trying one of his restaurants is a must. A full, thoughtful Japanese dinner is among the best sensory experiences available. I think the last time I had one was at iSushi in Castro Valley at least three years ago.

A parade of 007 #sushi for tonight’s celebration. #EastBay

Thanks to the JRE for inviting me along on this peek into “This is Japan Quality” imported rice products, and I hope I get to see more such treats at my local stores soon—yes, local retailers, you can consider that a pledge to purchase. Before I go, however, just how was that Ȯzeki’s Hana-Fuga Peach Sparkling Sake? 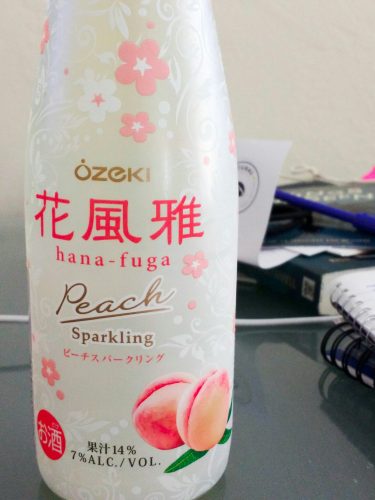 Plenty peach! A little too sweet for my palate, but a refreshing beverage for a warm summer day across the Pacific, nonetheless. And per the label, it’s available at True Sake in San Francisco…which is the first sake store in the USA?! Apparently, I need to make a visit there as well.