Occasionally, as a blogger who does reviews, I can get a little behind. Especially as I’m also just a month and a half out from the release of my first book, and a wee bit harried making sure everything’s in place for that. So with a backlog of wines to sample and review—to the point that they overflowed my alcohol cabinet, refusing to let me shut the doors properly, the jerks—I decided hey, why not do them all at once and then invite friends over to finish them off? Obligatory disclaimer: That means the pile of wines pictured below were provided as free samples for my review. 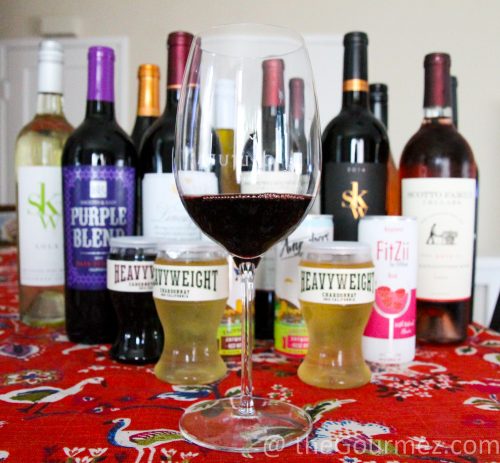 I spent two hours swirling, sipping, and spitting my way through 16 wines of various types before anyone else arrived – I take my hosting duties seriously and cannot do a proper wine review while entertaining. After that intensive session, my favorite wine of the bunch was clear, beating all other comers by half a point. 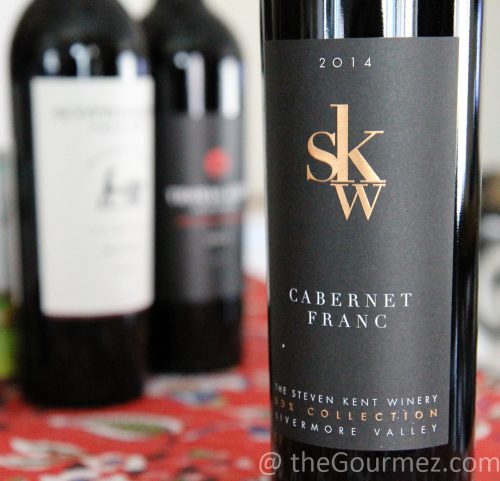 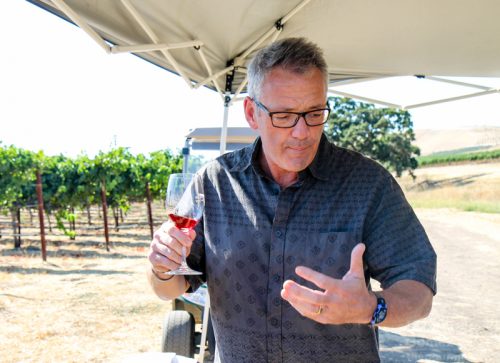 I gave this cabernet franc near perfect marks, though it differed markedly from many cab francs I’ve tried, veering away from the intense floral and dusty nose I’ve come to expect. Rather, the herbal qualities of the grape came to the forefront. As always, there were plenty of layers. It offered a piquant nose of herbal salve, aloe vera and eucalyptus. Also found? Deep, delightful raspberry and black cherry gumdrop notes with a hint of anise and a leathery finish. The Steven Kent 2014 BDX Collection Cabernet Franc is available first to members of the Steven Kent Winery wine clubs. $48. Rating: 4.5/5 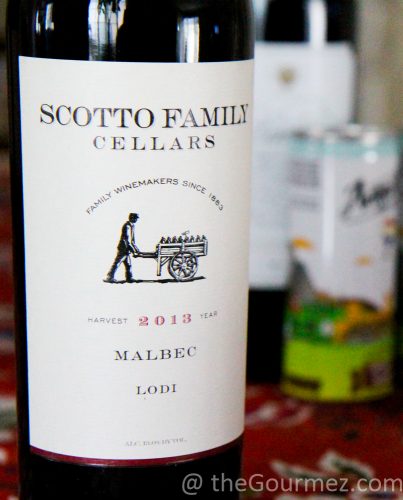 This was another wine that surprised in how it differed from varietal expectations. The Scotto Family Cellars 2013 Malbec refined the grape’s tart edges, leaving a complementary combination of tobacco, cherry, blueberry, and annatto. It’s rare I love a wine with blueberry notes, y’all, but this one succeeded in that quest. It’s more Argentinian in style than French, or maybe I should say it’s more Lodi, CA, in style than either of those as it’s part of the fifth-generation winemaking family’s estate collection and offers its own distinct take on the grape. $15. Rating: 4/5

I didn’t conduct a formal poll, but my guests’ favorite became quite clear quite fast. It was also recently awarded the Best White Wine medal in the Livermore Valley Uncorked competition, which happened to be my first time judging a wine competition. Turns out that sometimes wine professionals and casual wine drinkers actually agree. 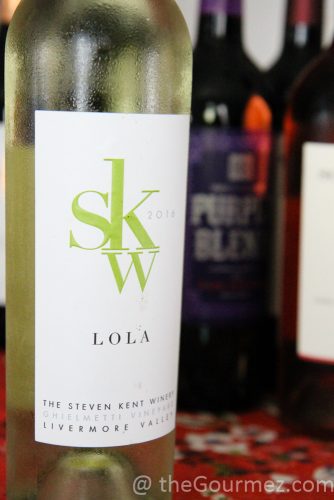 To be fair, a wine served chilled is always going to be the crowd favorite during a heat wave, especially one which was nearly too much for us lightweight Bay Area dwellers. But also to be fair, the Steven Kent Lola 2016 is a very appealing wine with a rich nose of kiwi and lilies. Notes of golden delicious apples drizzled with thin honey and accented with a spritz of lime and dusting of mace made for a unique white blend, and one that kept impressing glass after glass and judge after judge, whether those were wine aficionados or just a bunch of thirsty friends on a hot night. Lola is a great blend of sauvignon blanc and semillon grapes. $24. Rating: 4/5.

Now, you’re going to see other wine reviews from me from this night of wine sampling, and I don’t want my ranking of these three as the best to color your opinion of those future posts. Most of the wines I tried received 3 to 4 stars that evening, which is pretty good all-around—I’ll refrain from naming the wine that got only 2 stars…for now. But these three did impress from the get-go and have lingered longest in my memory for nigh on a month now. Go forth and sample them for yourselves!