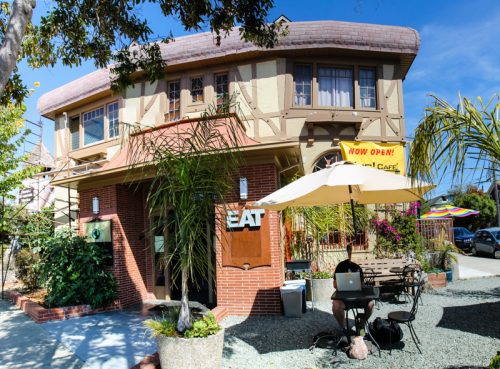 Zing Café is located in the Marmot Mountain Works suite of buildings, a really unique complex done in old Storybook style right across the street from the Ashby BART station. The Marmont Mountain Works has been defunct for a number of years now— 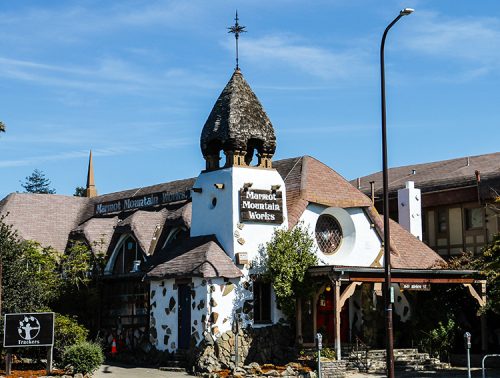 –but there are still plenty of businesses in working order within its walls, including Zing. The café is owned by the Sanchez family, three brothers and one sister—you’re likely to see one of them working the tiny counter and kitchen. They’re delightful, super friendly with regulars…and random newbies walking in from the street. 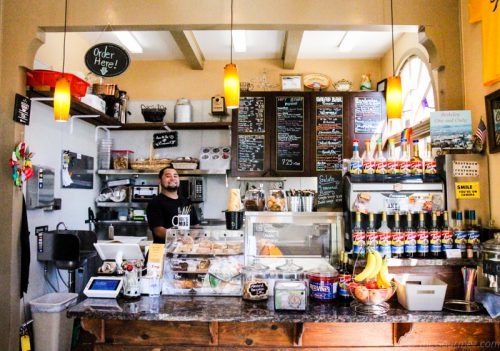 Have no fear as you place your order; there is seating and Wi-Fi to be found once you poke your head around, either hidden away in a quiet alcove— 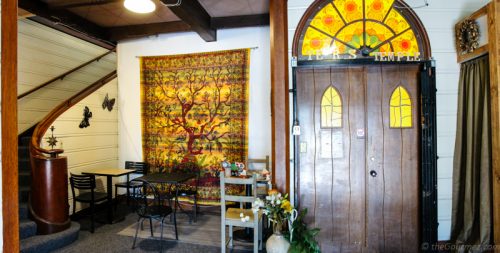 —or outside on the sun-filled patio. Unique art decorates many walls and walkways, including a beautiful cliffside mural above the large entry way.

The menu includes coffee drinks, agua frescas, hot and cold sandwiches, and salads. I got a cappuccino, which comes with two shots standard and that makes me happy—I hate having to ask now that so many places, Starbucks included, cheap out and just do one shot for smalls. 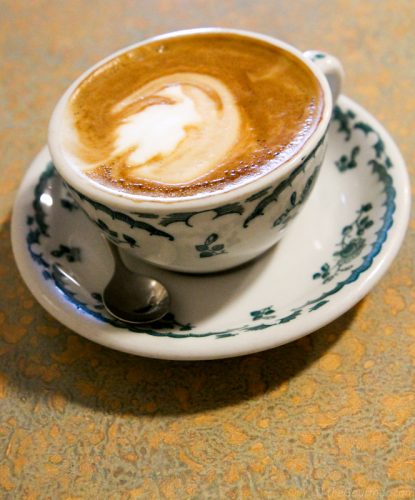 The latte art, whether intentional or not, was good inspiration for this horror writer with an epic Greek monster look to it. The foam was great, boasting plenty of microbubbles.

I also went in for lunch, choosing their take on a Philly cheesesteak. 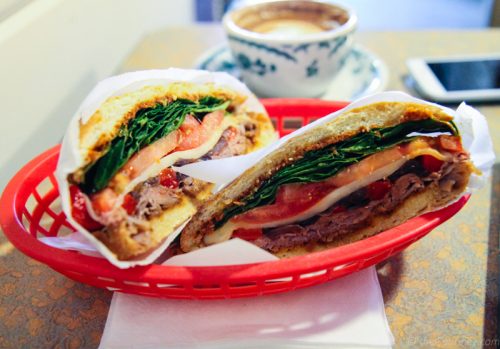 Shh, haters, I know that bears little relation to a real Philly cheesesteak, but out here in California, we just like a good pile of ingredients. And this one was great! I picked ciabatta bread of the options, and it came filled with steak, provolone, tomatoes, roasted peppers, grilled onions, spinach, and chipotle sauce. Lovely crunch on the pressed bread, and the spice heat level was way more than I expected—chipotle adobo is definitely involved. I LOVED it.

When time for a decaffeinated beverage after a couple hours working in the alcove, the house horchata did just fine. 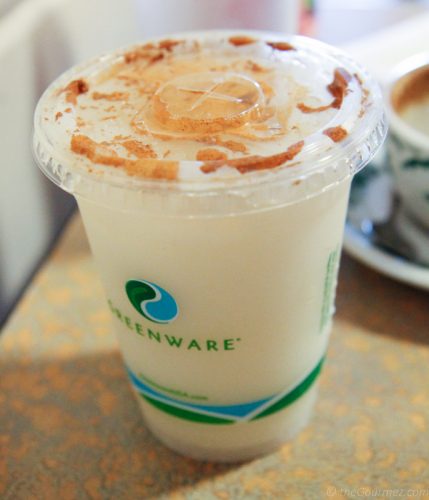 It’s a watery version rather than a creamy one, which means healthier though it does lose some lushness in that trade-off. I found the lack of guilt over calories to be worth it, especially as an occasional sipper while working.

With more seating, Zing would be a frequent stop on my regular coffee shop rotation. As is, it’s got great sandwiches and coffee and plenty of hospitality to go with them.