Halloween is my favorite time of year and port is close to my favorite type of wine, so when I was contacted to do a post on port pairings with Halloween treats, I had to say yes. Obligatory disclaimer: That means I received these wines for free. But not the pairings – I made those!

The three port samples I received are from the Symington Family Estates, and they are luckily widely available in the US, so you shouldn’t have trouble hunting them down in your local grocery store or wine retailer as long as they haven’t been ensorcelled. Sure, all the ports can be enjoyed on their own, but travel in twos for safety, trick-or-treaters! Halloween’s more fun when you don’t have to go it alone. 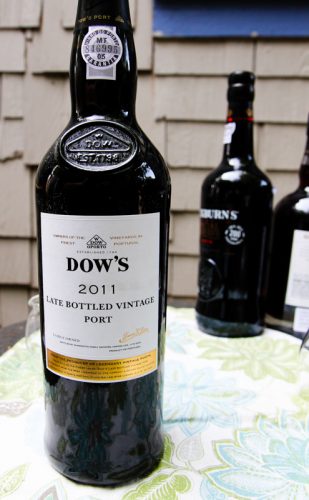 This was my first taste of any Dow port, and I was surprised by how much it struck me as an extra heavy, fruit-laden red wine rather than a port. 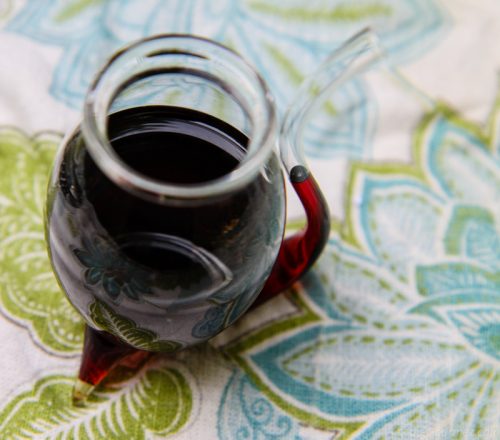 Strawberry hits first, which shifts into raspberry, enough juice to sink your fangs into. As it lingers on the tongue, wood comes in, evoking a cabin-like atmosphere. Because of those strong berry notes, I decided to try the Dow 2011 Late Bottled Vintage Port ($24) with strawberry brownies to enhance the decadence of both. 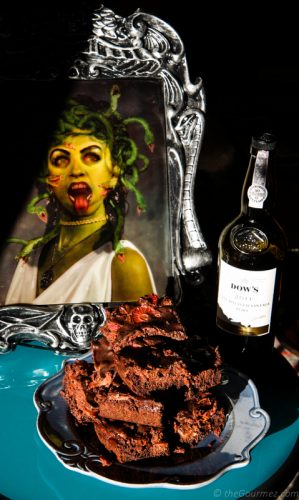 I used Closet Cooking’s Chocolate-Covered Strawberry Brownie recipe as I’ve seen it posted quite often on Facebook lately, and the richness of its pure semisweet chocolate topping certainly seemed luxurious enough to stand up to the Dow LBV. And I was right! 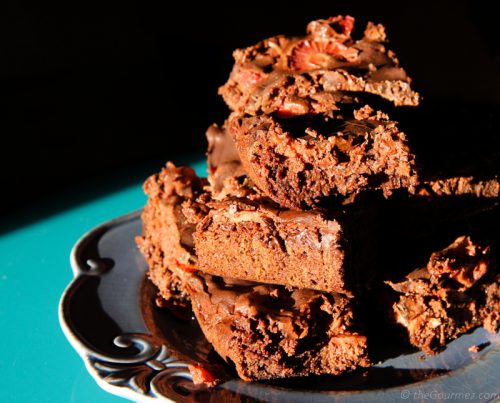 This port was made for a dessert such as these brownies, so covered in berries that juice seeps out of the cake. Just don’t attempt to eat them with your fingers, or your hands may end up looking like their own crime scene. 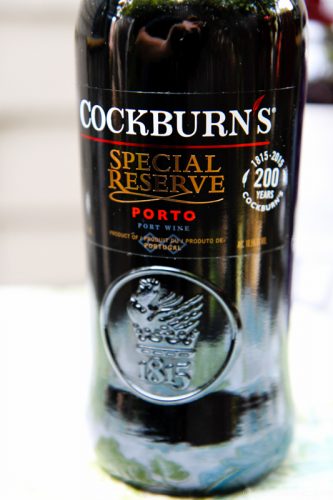 Cockburn’s Special Reserve Port ($18) has a strong nose of blackberry jam. In the glass, a leather jacket wraps the fruit up nice and cozy, grounding the port in earthy elements. Because of that earthiness, I thought the Cockburn would show off best in mulled form from among the three port options. I love the smell and warmth of mulled wines, and I stumbled across the Oxford Bishop, a port version of this classic preparation. Food.com says it’s based off a recipe first put down in the 19th century, and I can easily see how this simple treatment has endured. 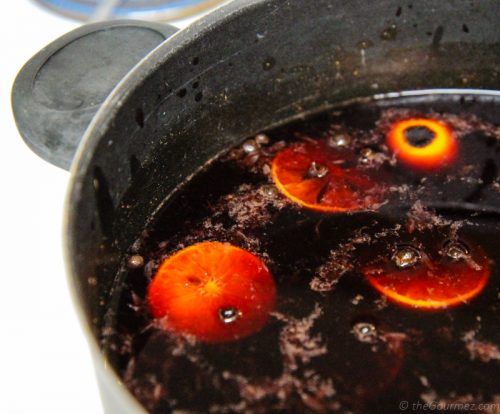 Stud some oranges with cloves—I went for mandarin—then roast them while preparing an easy spiced brown-sugar syrup. Add the port, a quarter cup of orange juice, warm all around and enjoy! Mulling the port isn’t the same as pairing it, of course, but I’d argue that the added flavors work quite well to augment the Cockburn’s Special Reserve appeal, as a good pairing should. The oranges give it a nice lift, and the brown-sugar syrup brings out its spicier side, which prefers to lurk in the shadows. As a bonus, the thickened mouthfeel is sure to soothe any wanderings souls. 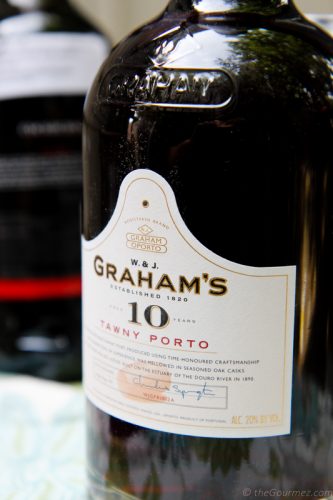 This port is wonderful for sipping on its own, to the point that I wondered if I could find a pairing that improved the experience. Why risk dabbling in the black arts if things are going well? Bacon and hazelnut notes hit my nose. Stewed fig, toffee, apricot, and butterscotch dance on my tongue. Graham’s 10-Year-Old Tawny Port ($36) is the most traditional of these ports, the most layered, and by far, the nuttiest. 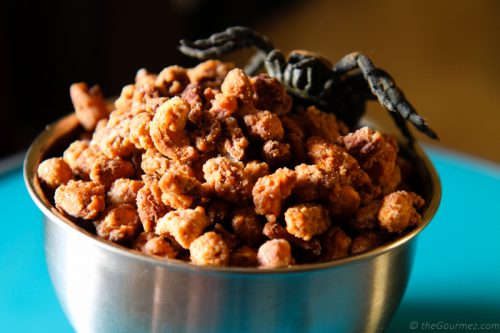 Thus, I settled upon butter toffee nuts. This recipe comes from Oprah.com, and despite a heavy dose of nutmeg that worried me going in, it is devilishly good. I used almonds, cashews, pecans, and hazelnuts—otherwise known as my favorite nuts—for the mix. Alternate handfuls with sips of the Graham’s 10-Year Port and no horrors of the night will disturb your amity.

Have a happy Halloween! I can’t guarantee it’ll exorcise all hauntings, but most evenings turn out heavenly with port in your glass. 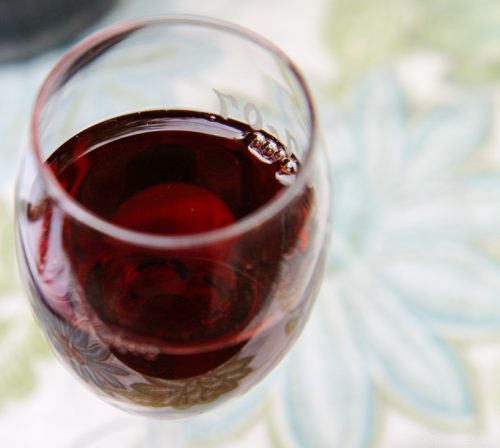 3 thoughts on : Port Pairing for Halloween