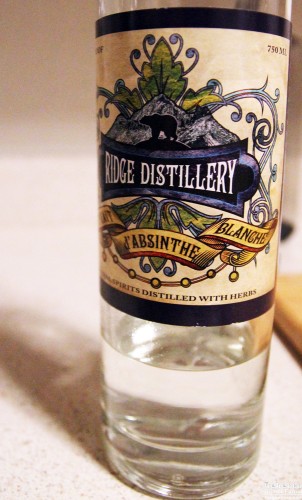 This absinthe is completely clear, as I’d imagine the blanche designation indicates. It has few legs to speak of when swirling it in the glass and is a completely blank slate based on appearance. Its particular anise smell reminds me of the thick, black, candy bites of licorice mixed with a dose of peppermint oil. There is no notable alcohol heat when sniffing, which is a good thing for me. 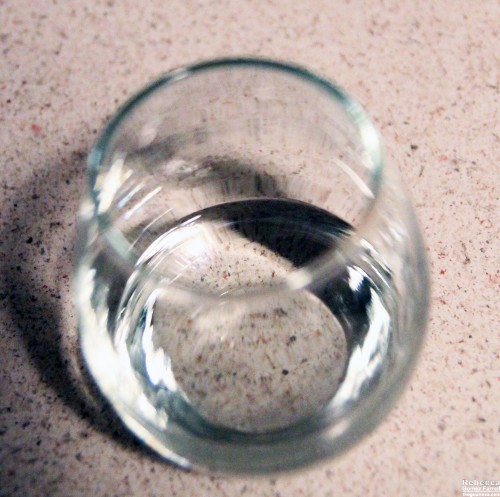 Sipping it straight is all cinnamon, a Red Hot without the sweetness. The missing alcohol heat from the nose is in full effect: you taste cinnamon, feel a wave of heat, then feel your tongue tingle. In other words, I would not recommend drinking it prior to the louche unless you’re looking for a stiffer version of Goldschlager. 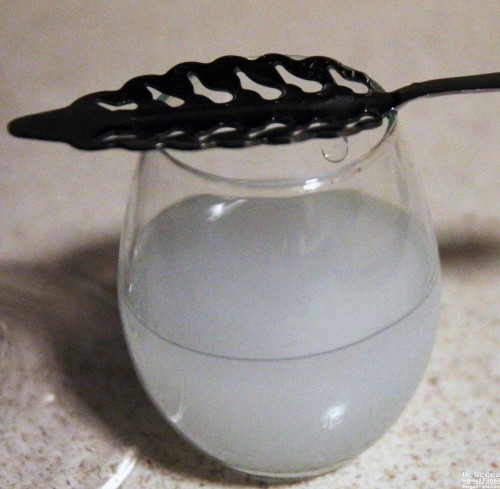 After the louche, no color changes occur except the expected milkiness. Thankfully, the anise flavor that was imprisoned by the straight sip has been released. However, all other potential flavor enhancers are now subdued. Almost all I taste is sugar (I used one cube during the louche) and very subtle anise. That’s not enough to warrant this bottle’s price tag for me.  Perhaps there is a difference in style for crafting a blanche absinthe that I need to read up on…and avoid. This was my first.

I didn’t find any straight up reviews of the Ridge Distillery Absinthe Blanche, but Sass and Gin made up this Goody Two Shoes cocktail featuring it, and Absinthe.FM has good things to say about it in concert with Ridge Distillery’s Absinthe Verte, which is considered a top US-made absinthe by many:

I am delighted to say that they are both excellent, right up there with my favorite Euro brands. Wonderful aromas (the blanche reminds me of the Essai line from the Matter Distillery), great color on the verte, and full, rich flavor with both. My hat’s off to Joe and the Ridge Distillery for finally putting the USA in the running with Europe.