Comments : 5 Posted in : Bars and Tasting Rooms, Breweries in Abita Springs - LA, Travel Guide for New Orleans - LA on February 4, 2013 by : The Gourmez 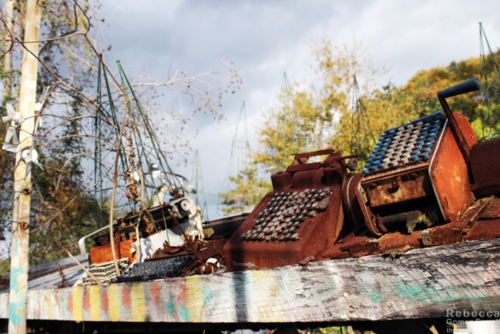 Art at the Abita Mystery House

The hubby and I did a whirlwind tour of New Orleans and the surrounding areas in early December. The quintessence of the city—Cajun food, voodoo religion, laissez faire—has always placed it high on my list of places to see. I had considered moving there not long before Hurricane Katrina hit. Its pull on me is that strong, and yes, I’m the type of girl that will move without ever having seen the area where I’m relocating. I’ve done it a few times, actually.

So December was when I finally had the chance to indulge my Crescent City hankering. And it lived up to nearly all my expectations. Ultimately, it was a speedy, sanitized view of New Orleans for tourists, but it was wonderful. We drove there over two days, and luckily, the miles flew fast. It was the first time I’d been in Alabama or Mississippi as well, if driving over their highways and staying overnight counts. Midday on our second day of driving, we made it to our first destination: the Abita Brewery (21084 Louisiana 36, Abita Springs) in Abita Springs. 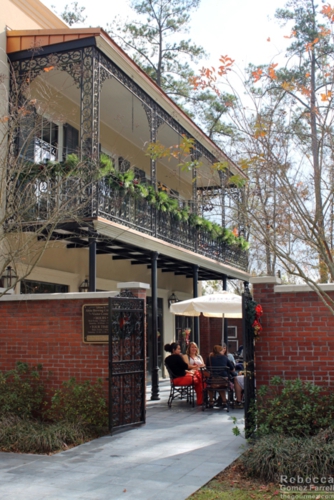 The town of Abita Springs is tiny and centered around a cute roundabout of an intersection, just about a mile south of the brewery on Route 36. We were there on a Saturday, and tours start on the hour from 10 am to 3 pm. They’ll assign you to the next tour when you arrive at the courtyard. In the meantime, soak up that southern sun! My husband in the courtyard.

The tour begins right inside the french doors in a large, mahogany barroom. 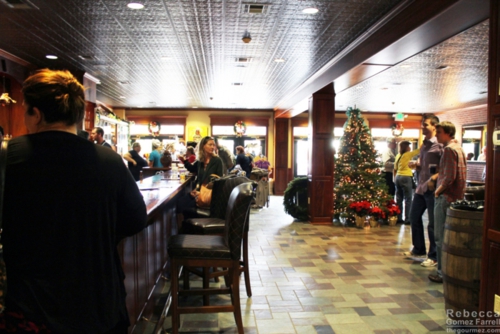 Two short videos give the history of the brewery, and then it’s time to taste! Everyone shuffles behind the bar to pour their own samples from 8 to10 options including stalwarts like Purple Haze and Turbodog to seasonal brews and an experiment or two. My favorites, and keep in mind that I’m a fan of bitter stouts, were that Turbodog and the Abbey Ale. Their root beer is also really good. Tastes are unlimited and you can enjoy them both before the tour proper starts and after. Play a little ring toss, 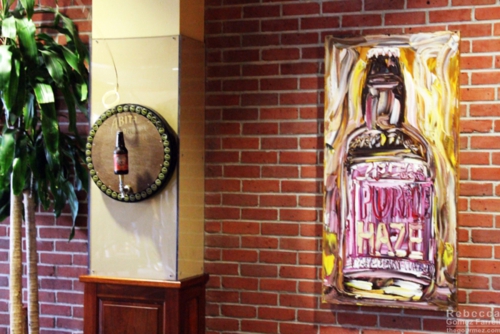 or admire bottlecap art while you enjoy the beers! 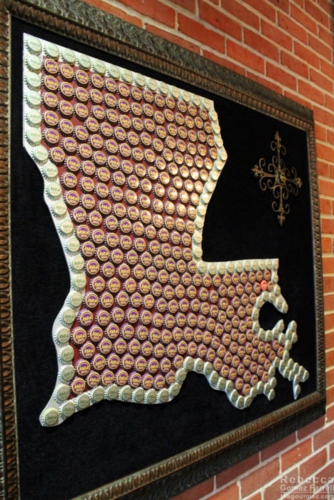 The tour of the facilities goes pretty fast and covers the basic process of brewing . 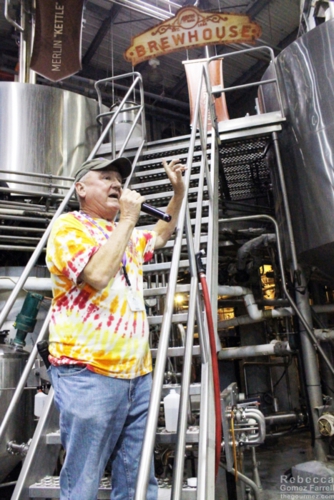 Our tour guide explaining the process. 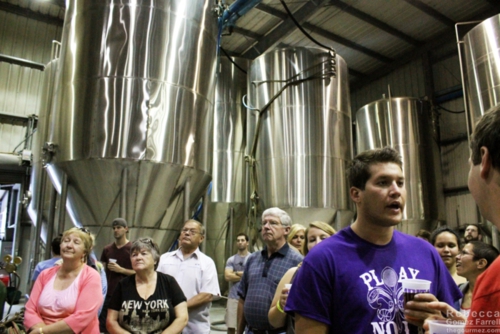 Beer barrels and our tour group.

Each of those barrels holds enough beer to fill about 100,000 bottles. It’s insane to think of such quantities even for midsize craft labels like Abita. All in all, the whole tour took about an hour tops. That means you’ll have time to head back south on Route 36 to check out the Abita Mystery House (22275 Highway 36, Abita Springs). 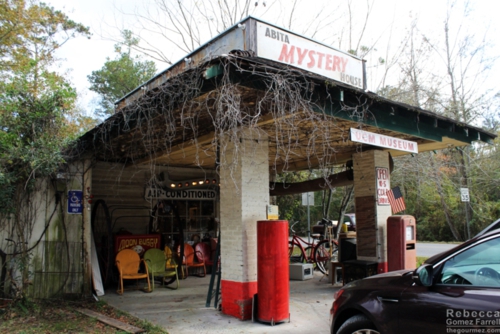 Artist John Preble, who is likely to be at the register in the gift shop entrance, is responsible for the masterpieces and ever-changing folk art landmark. Formerly known as the UCM Museum, the Mystery House spans several small buildings and is a head-to-toe celebration of oddities and miniature animatronics. For $3, it’s a steal. It could take hours to wander every room. The gift shop is first, and a lovely gator woman greets you right away. 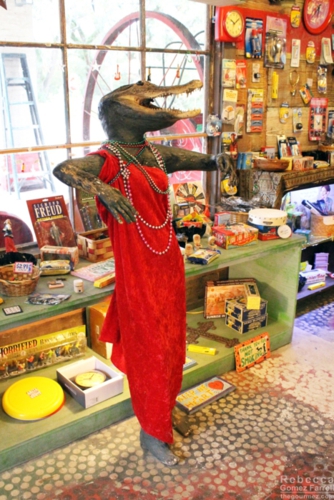 I’m honestly jealous of her figure. But don’t stay in the gift shop. Wander on to the exhibit rooms! 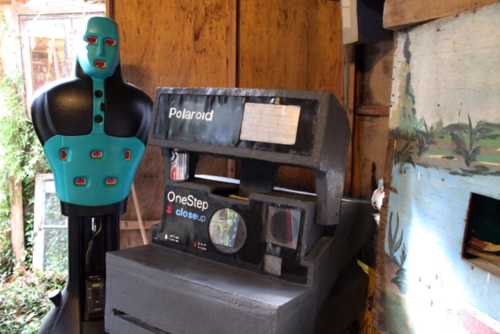 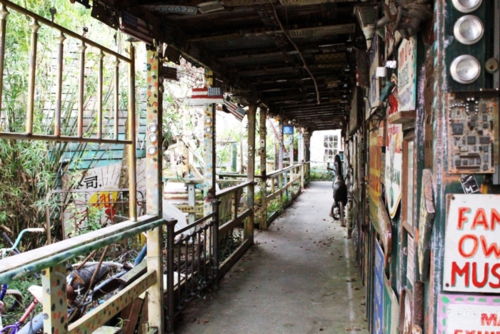 Porch outside the exhibits. 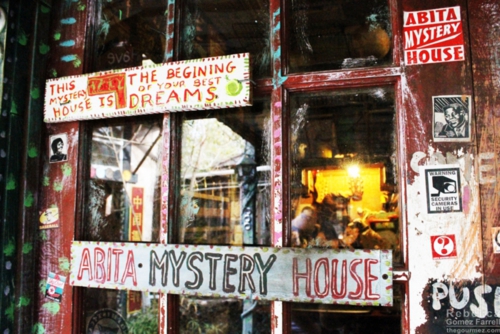 Entrance to the hall.

Many of the displays are both whimsical and politically pointed miniatures of life in the bayou and the Big Easy. Some of them are animatronic, powered by various buttons to whirl a tornado or send a float on its way. 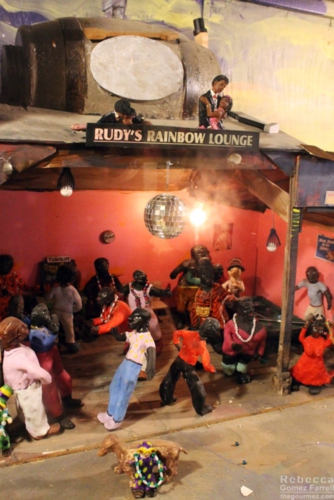 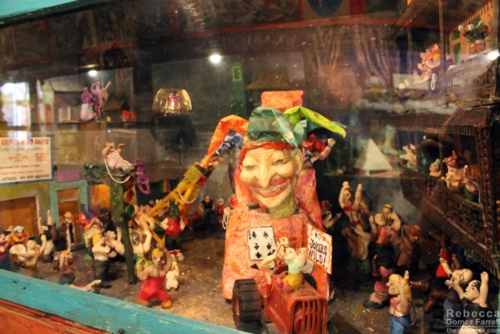 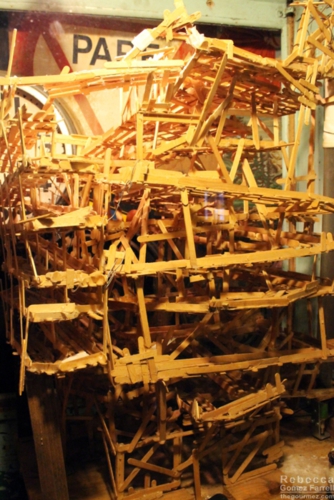 Tornado in this one!

The walls are covered in sayings, etchings, and various bits of found art. 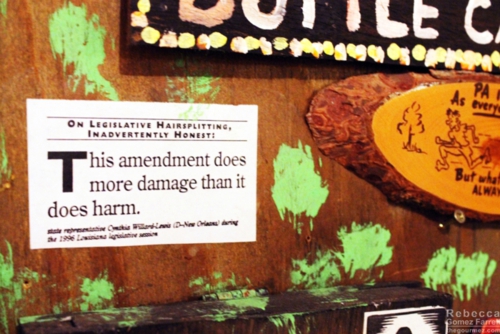 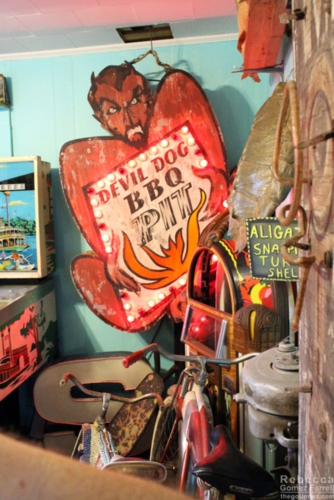 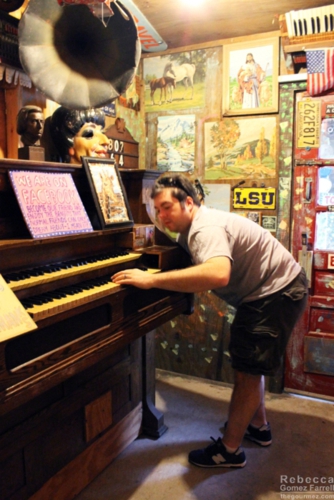 My husband testing out a crank player piano.

The House of Shards is a mosaic of, well, shards of ceramics, glass, and plenty of other materials. 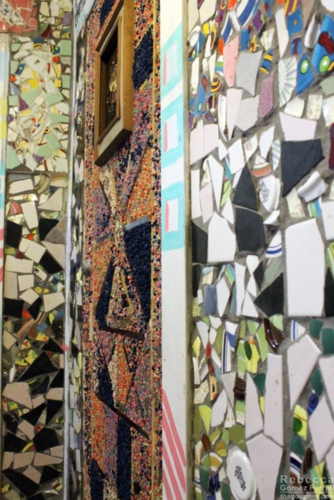 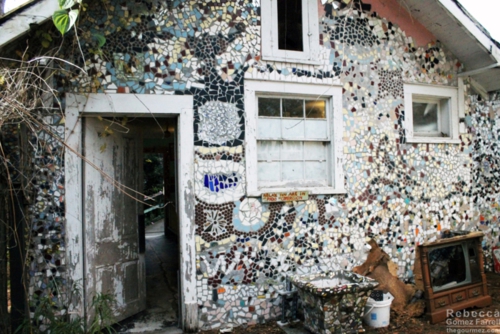 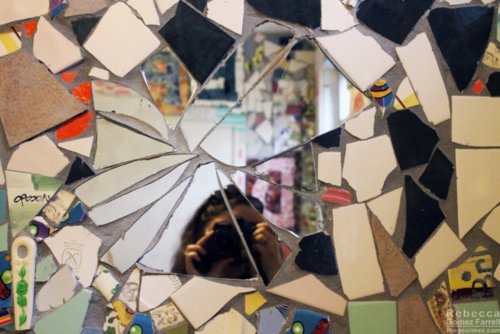 Inside the guest bathroom, a portrait of the photographer.

A big draw is a cast of a bigfoot print, the Honey Island Monster. 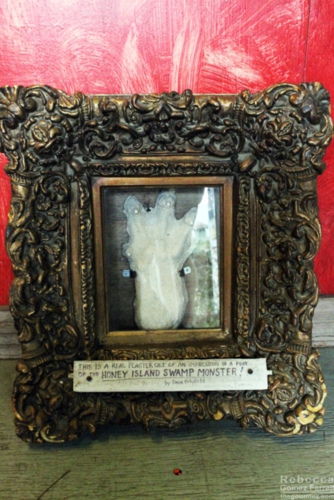 We went to Honey Island later in our trip, but alas, there were no sightings.

Another big draw is the animal oddities that appear all over the Mystery House grounds. I’m sure they are all absolutely real creatures. Surely they couldn’t be fakes! 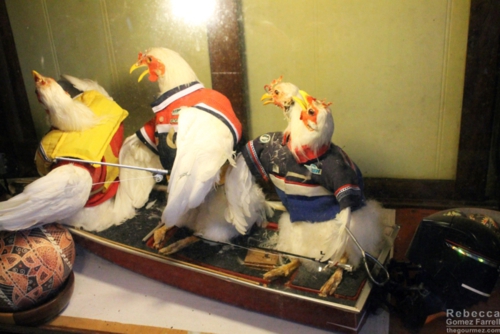 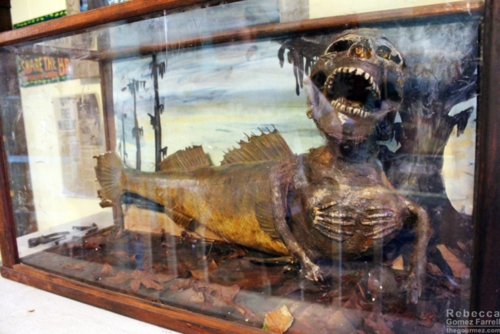 The most exciting of the animals is the Amazing Bassigator. 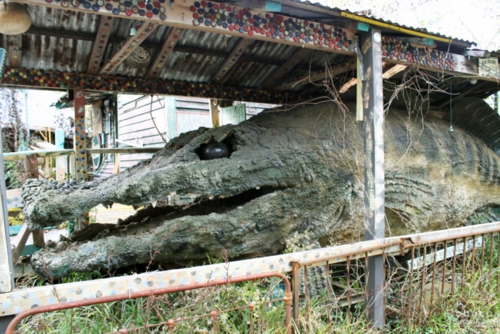 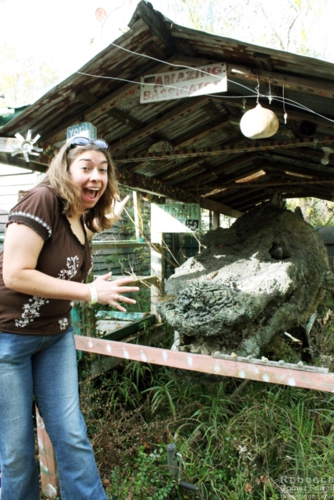 Make sure you spend some time in that gift shop before heading out. There were plenty of awesome souvenirs.

What can top the Mystery House? Not much, I promise, but we continued on into Covington anyhow. It’s just a few miles west on Route 36. Our reason? Finding the world’s largest Ronald Reagan statue. 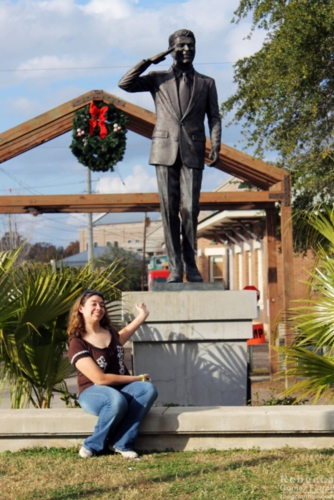 It would be a lot more impressive if you could actually get close to the statue, but it’s on a raised platform at the Covington Trailhead (419 E. New Hampshire St.). 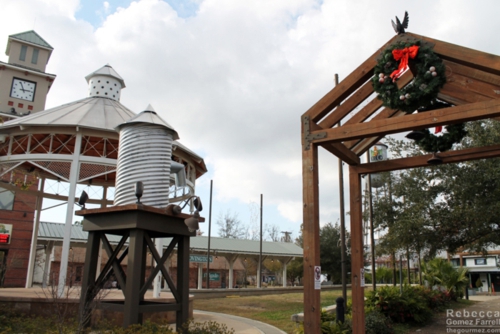 Like the whole downtown of Covington, the trailhead was very pretty. There were several blocks of attractive shops and restaurants in pristine white buildings, and if we had more time, I think an afternoon spent perusing those blocks would be an afternoon well spent. But we wanted to see New Orleans before dark, and we barely made it over the world’s longest bridge, the Lake Pontchartrain Causeway, in time. I am truly sad I don’t have pictures of that 24-mile journey over the lake, because it was absolutely gorgeous, and the excitement built as New Orleans loomed larger on the far shore. But we’ll pick up there next time, when the travelogue will explore New Orleans eats, drinks, and sights at night.

For more pictures from Abita Springs and Covington, click here.