The Sustainable Classroom #4: Wine and Cheese

Posted in : Events, Travel Guide for Chapel Hill - NC, Travel Sponsored Stays and Tours, Wine on December 21, 2012 by : The Gourmez

The Sustainable Classroom: Wine and Cheese

The trio of organizers for my final session at the Sustainable Classroom, a day of intensive discussion and tasting of sustainable foods at TerraVITA 2012, knew their crowd. They knew we were seasoned foodies; the concept of pairing cheese and wine was not revolutionary to us, though it will always be delicious. So they came at this tried and true discipline from a new angle: why not investigate cheese and wine pairings according to how the cheese is cooked? Inspired. But first, our cheeses. 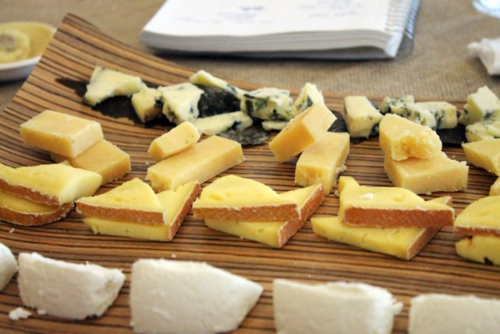 From the bottom to the top are Goat Lady Dairy Smoky Mountain Round, Meadow Creek Dairy Grayson, Montgomery Cheddar, and Rogue River Blue. The man who procured them was Alexander Kast, the absolutely charming head cheesemonger at Southern Season. 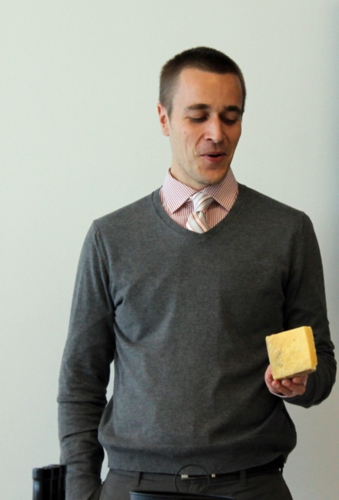 Also from Southern Season was Breana Lai, a chef instructor for their cooking courses and a certified dietician. She handled the cooking duties for the afternoon session. 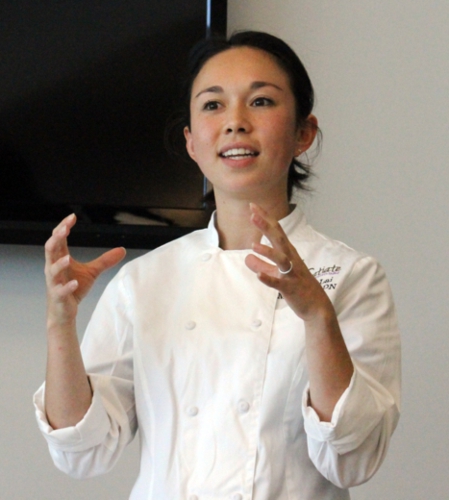 Rounding out the trio was Inez Ribustello, owner of and sommelier at On the Square in Tarboro. On the Square is fast building a name as a must-dine in the North Carolina food scene, and with the wine and food pedigrees she and her husband, Stephen, have procured, it’s little wonder. 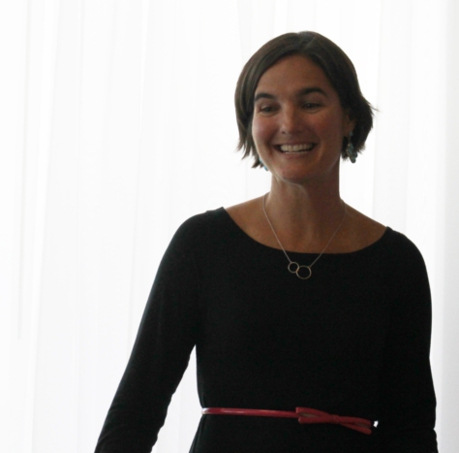 And a few of the wines she chose for the pairings: 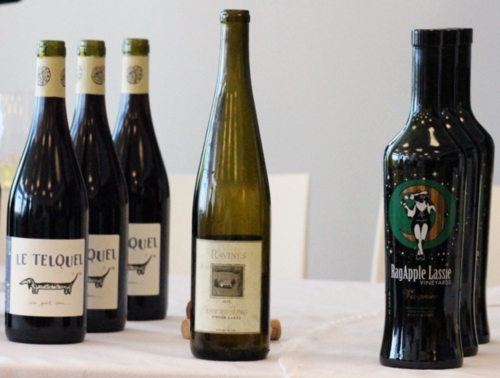 We tried the Goat Lady Dairy Smoky Mountain Round first, and I must say, it was too much for me on its own. The cheese is cold-smoked over applewood, and it was exceptionally rich and smoky. But inside a ravioli stuffed with jamon, caramelized onion, leek, and walnut, it was quite delectable. 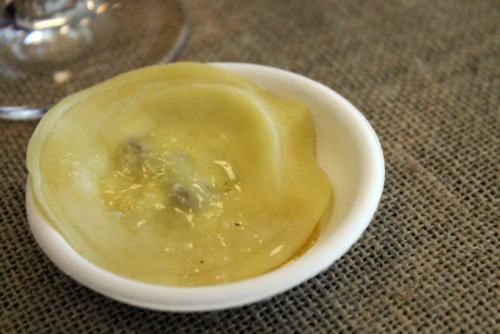 The wine pairing was Rag Apple Lassie’s 2008 Viognier, which went fine. But let me be honest—I had just come from the fig and wine classroom, so I’m not certain I was still capable of giving the wines their due.

We then tried the Meadow Creek Dairy Grayson with Ravines Riesling. This cheese was only tried raw, and it was pungent but did not overwhelm me in the slightest. 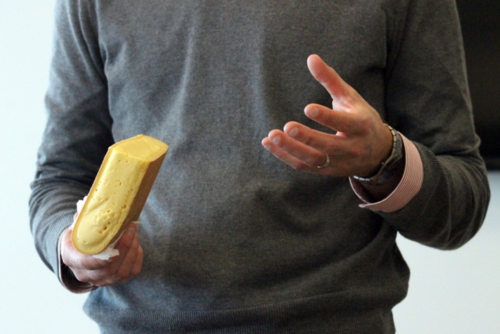 Alexander explained that it’s a washed-rind cheese, which brings forth the bacteria that is ultimately converted to beta carotene. I really liked it, which may be because it was a mild year in terms of pungency.

Next up was the Montgomery Cheddar with a butternut squash and young ginger soup and cheddar grilled cheese wedge. 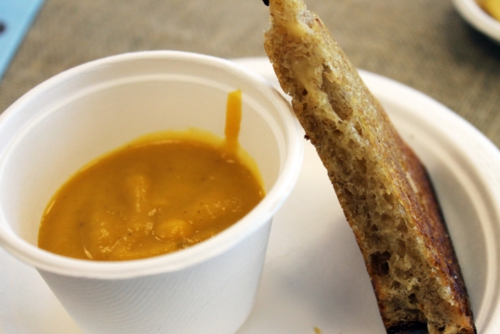 Breana prepared these on the spot, so you can bet that room smelled good. 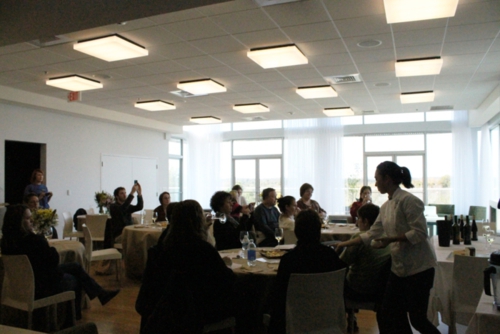 Breana passing out the goods.

The cheddar was imported from England, and it was amazing. I’m certain I could eat nothing but it for the rest of life and be happy. Paired with the soup was even better, especially with the mellow undercurrent that the North Carolinian ginger provided. The wine was Le TelQuel from the Loire Valley, and as often happens for me with French wines, I found it too thin. 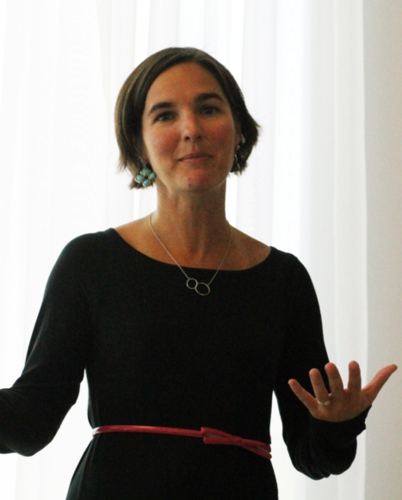 Our lovely trio’s final offering was the Rogue River Blue cheese paired with Saddle Rock Tawny from California. They were excellent together, allowing for a battle of intense flavors wherein both would be declared the victors by my overloaded palate.

This classroom was more focused on the food than it was on the sustainability of the products, and as the fourth session in a long day, I feel that was perfectly appropriate. Once again, the highlight for me was the rapport between the instructors, and the fun they had coming up with the courses to offer. 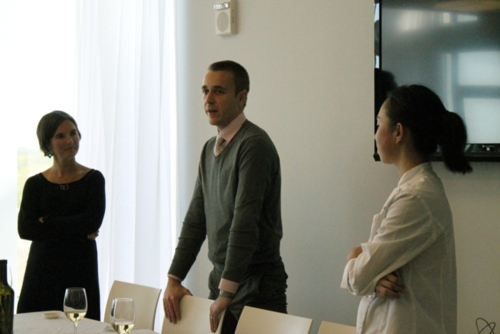 I know it whet my whistle in terms of getting out to Tarboro and getting to Southern Season’s cheese counter soon, and it was fun to compare the cheeses both in raw and cooked forms with the wines we sampled.

All in all, the Sustainable Classroom is a must for foodies who would like to deepen their awareness of the sustainable practices that their food producers follow, and the rewards in terms of inventive food pairings and watching people with a passion for them operate are many.

Thank you so much, TerraVITA for the media pass. One more write up to come! It’ll be on the East Meets West dinner the night before the Grand Tasting.