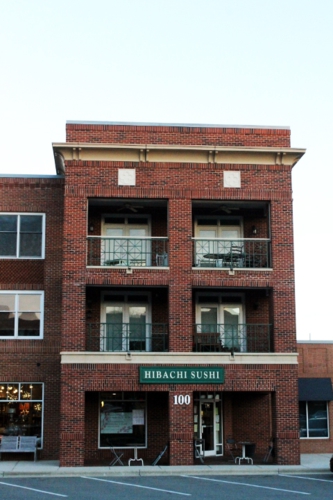 Hibachi Sushi is a fairly recent addition to Meadowmont Village, taking up residence right near [ONE]. It’s a low frills, order-at-the-counter restaurant focused on sushi, Thai entrees, and Japanese standards including udon and soba noodle dishes. There are no BOGO or 50% off sushi specials here, but the sushi is very reasonably priced, so those sorts of deals are unnecessary.

By low frills, I mean Hibachi Sushi boasts fluorescent lighting, a soda machine in the back, and maybe ten simple plastic tables in all. Hibachi excels more at offering affordable, fast food than it does at atmosphere, which frankly, is kind of a needed niche in our wide range of sushi restaurants.

It’s been a while since I ate there for this review, so I’m not sure I have the correct sushi roll names, but I believe I ordered the spicy dragon roll and the Boston roll. 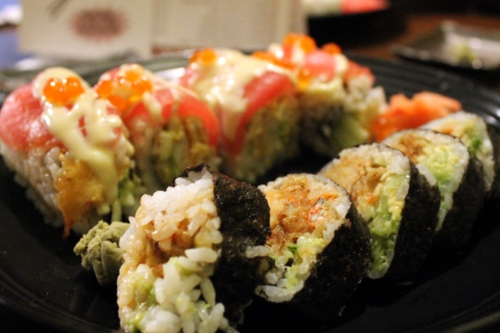 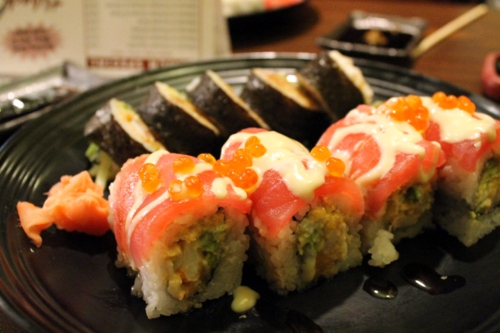 As you can see, Hibachi Sushi isn’t that concerned with a perfect presentation. That doesn’t mean the sushi lacked in any way—it was great, as far as my unrefined sushi palate could tell. My husband is more of a sushi connoisseur, and he had no complaints about his sushi deluxe order of 6 pieces of nigiri sushi and 6 pieces of tuna roll. 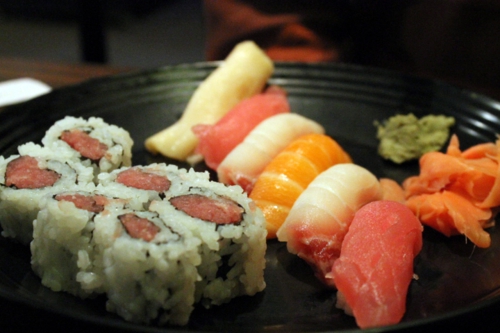 He also enjoyed the last few bites I just couldn’t finish of my own rolls.

Our friend is a regular at Hibachi Sushi, and I believe she had an Alaska roll (salmon, cucumber, avocado) and a spicy salmon roll on this trip. 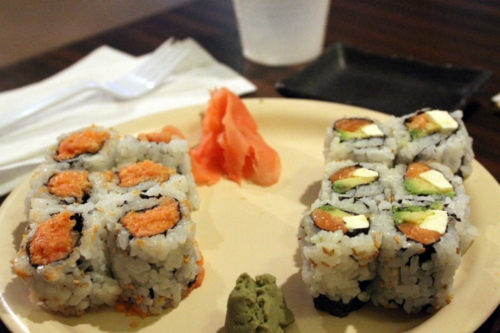 She definitely values Hibachi Sushi’s prices and the speed at which they can put together a sushi order. When it comes down to it, those are the reasons to come to Hibachi Sushi—fast sushi at reasonable prices. It does that quite well.

One thought on : Hibachi Sushi