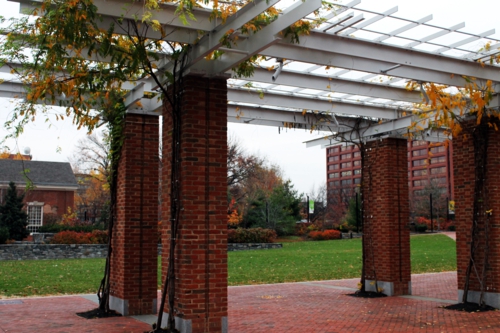 At the Independence National Historical Park

I started our second day in Philly with a visit to the Terminal Market, which was located right across the street from our hotel. Visiting Terminal Market was recommended by a number of my foodie friends from Twitter, so I knew had to check it out. I decided to combine it with another oft-recommended food activity—buy a pretzel! I honestly had no idea that soft pretzels were associated with Philly before this trip. Apparently, they migrated over from Pennsylvania Dutch country and are a favorite treat for locals. I didn’t browse around the Terminal Market for long—Ben was sick, and I’ve actually seen my fill of food markets lately—they lose a little luster when you realize you can find one in most large cities. I wonder if part of their allure is just the plentitude of choices they offer in one location? I can get overwhelmed in a bookshop, frozen with my inability to make a choice among so many possibilities, so that may be part of my disinterest of late.

With my required pretzel in hand, I headed back to the hotel to dig in. 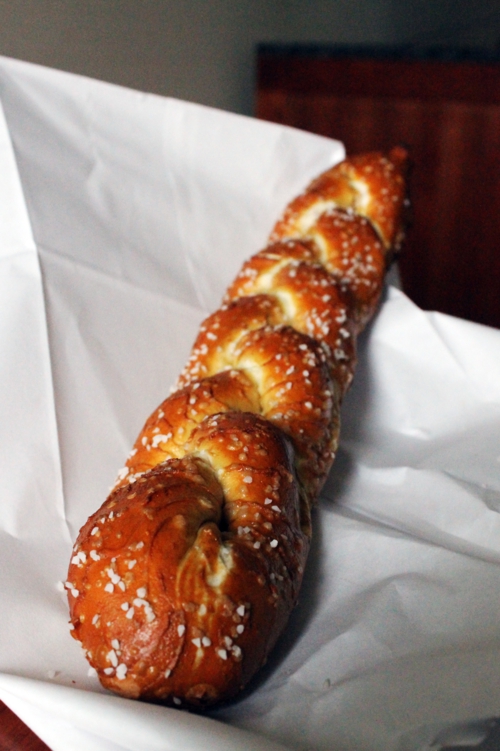 The long braid rather than a single pretzel bow was a unique shape, but otherwise, it tasted like a regular pretzel. I think getting one warm right off the cart would have been a better plan. Luckily, I had a massive cookie to console me. 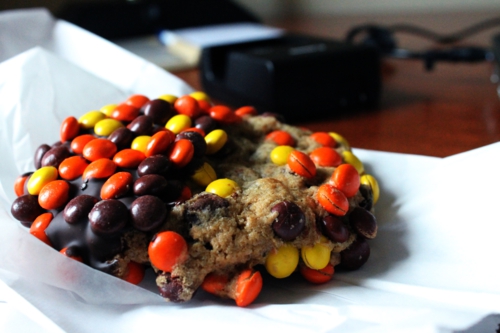 There were way more Reese’s Pieces on that cookie than there was cookie matter. The bakery at the market charged by the pound for their treats, and now you know why!

After that meal of pretzel and sugar, I met up with an old high school friend for coffee then spent the afternoon strolling around the Old City area of Philly, which is where most of the historic sites are located. I’ll get those photos up eventually, but pertinent to this post is the appetite I worked up from walking for several miles and seeing Ben Franklin’s grave, Betsy Ross’s house, and Carpenter’s Hall, where the first Continental Congress was held. All this exercise meant one thing: a cheesesteak was in order.

Nothing received more responses than my requests for cheesesteak recommendations. Dalessandro’s, Dimitri’s, Geno’s Steaks, Pat’s King of Steaks, Phil & Jim’s, Jake’s . . . they all had a number of fans. But I chose the spot with plenty of downtown cred and closest walking distance to my rumbling tummy—Jim’s Steaks on South Street. 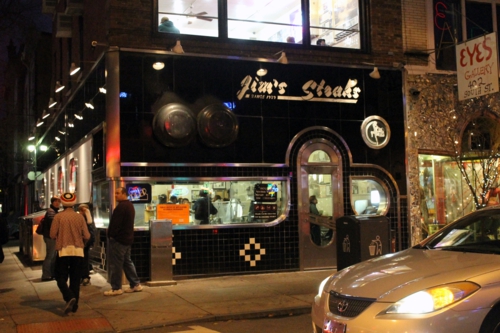 I had to have the steak filling, of course, and I couldn’t be in Philly, trying the authentic article, without choosing cheese whiz as my cheese. My only regret in ordering is that I didn’t realize I needed to specify grilled peppers and only ended up with onions. 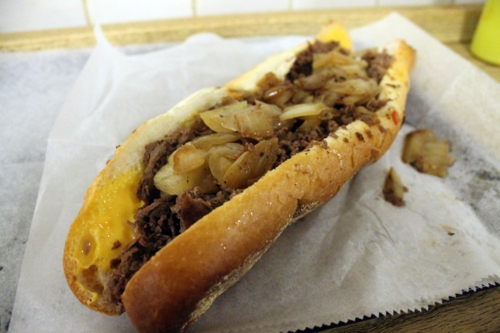 That’s a mighty large sandwich for a reasonable price, and I gobbled it down pretty fast. The verdict? I can see how it would become addictive, but the cheese whiz with the greasy but tasty steak was odder of a combination than I expected. I had dreams of the magic of French fries dipped in Frosties but found myself confronted with something more on the level of nacho cheese sauce on popcorn—hey, I was desperate when I worked in a movie theater for free food.  Don’t judge me. Do bring cash when you go to Jim’s; it’s one of Philly’s many cash-only joints.

After walking a great many more blocks back to the hotel, I found a much healthier husband craving dinner. We decided on Lolita, an upscale Mexican restaurant focusing on local ingredients on 13th Street. Once we arrived, however, we realized it was one of aforementioned cash-only spots and had to pick another restaurant. We both think of Indian as comfort food, so it made perfect sense that Ben would want it as his second choice after a day of feeling sick. A few blocks away, we found Minar Palace on Walnut Street. 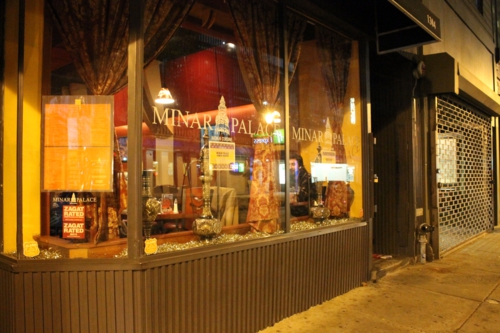 They had a typical Indian menu, but the atmosphere was sleeker than many Indian restaurants and attractive with warm, red lighting. 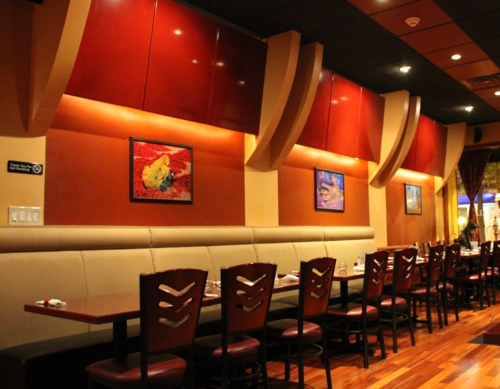 Both being famished, we started with their appetizer platter that featured samosas, pakora, chicken tikka, and seekh kabab. 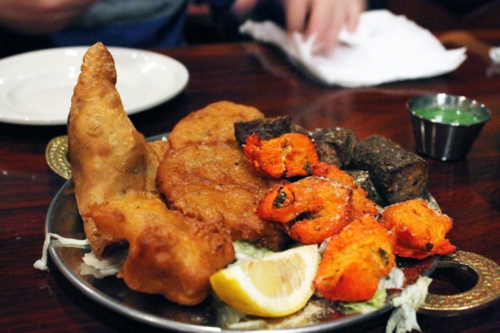 The pakora and samosas were excellent, but the seekh kabab was not to my liking, tasting pretty dry. To be fair, I don’t generally like lamb. I did like my chai tea that was steamed in milk, and our order of paratha bread stuffed with mashed potatoes was delicious.

For the main course, we chose kofta curry (vegetable patties sautéed in a creamy tomato curry) and lamb saag. 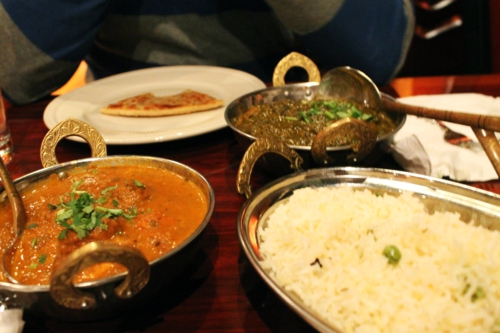 The saag was great; I had gone way too long without having good saag. I enjoyed the texture of the koftas as well, and I couldn’t have asked for a more warming comfort food meal. Minar Palace did not blow my mind, but it did the standards of Indian cuisine in America as well as you can ask for.

Thus concludes my food journey through Philadelphia. I do hope you enjoyed this trip through the City of Brotherly Love’s cuisine. The highlight for me was probably the World Café’s offerings, found on the first blog. If you don’t mind ordering a New York State of Mind while in Philly, you won’t regret it, and that lobster pudding was a fun culinary discovery.

One thought on : Philadelphia Food and Drink, Day 2: Cheesesteaks, Indian, and Pretzels