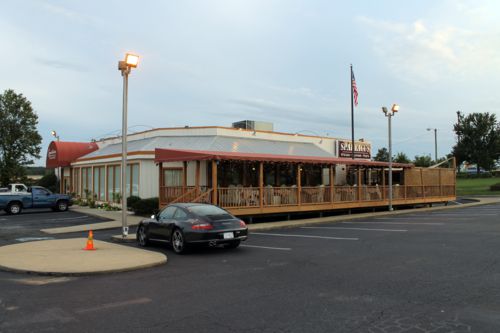 Spartacus has been operating in Durham since 1993, which is a very impressive run for a restaurant. Greek food is their specialty, but they offer pasta, burgers, grilled steaks, and seafood as well. It’s definitely the sort of restaurant you can bring your whole family to, knowing they will all find something to make them happy. Atmosphere is relaxed but more upscale than a chain restaurant. Lots of creams and blonde wood. 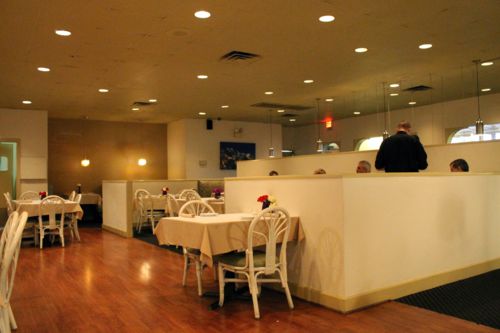 There’s a huge patio in the front of the restaurant, which would be a great spot for a nice evening, although South Square doesn’t provide much in the way of views. 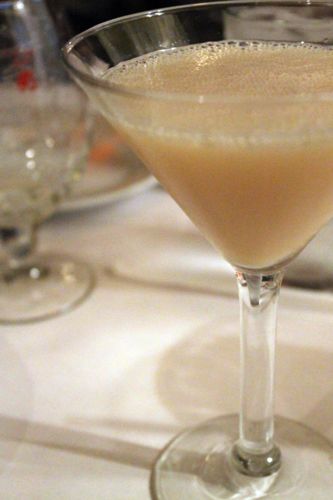 Pita slices and baguette rounds were served with a white bean dip that was chocked full of garlic, so much so that I thought the dip was spicy at first due to the garlic’s bite. I really liked it. My group of four then split the house antipasto. 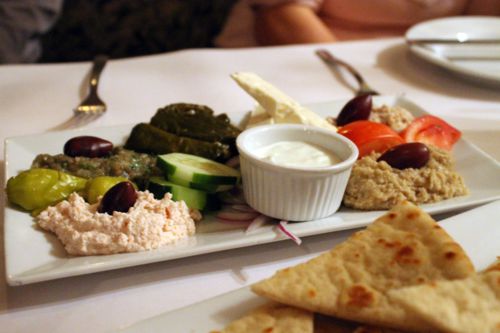 It included a combination of taramosalata, hummus, skordalia, feta cheese, melizonasalata (basically baba ganoush), grape leaves, and tzatziki served with pita bread. The grape leaves were well received. The hummus was great, but I’d give the taramosalata the edge for best dip. Per Wikipedia, it’s traditionally made with fish roe, but our waiter said this one was made with salmon and I don’t think he meant eggs. However, it was pretty salty, so it could have been a caviar equivalent. Whatever its base, I loved the fluffy texture, the salt, and the light salmon flavor. The skordalia was intriguing for the chunks of what I’m pretty sure were pine nuts. However, the cucumber, olive, pepperoncini, and tomato offerings were on the paltry side with no more than two to four of each.

Most of our entrees came with a choice of soup or salad, and I opted to try my first cup of avgolemono soup. 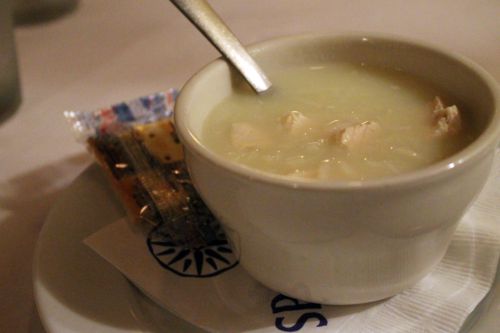 It’s a traditional Greek soup made with an egg and lemon broth. This one featured moist, delicious roasted chicken morsels in an otherwise lackluster broth with nearly dissolved rice. If the lemon quotient of the soup were more prominent, it’d have been a lot more interesting.

Our entrees were very good; my friends didn’t think they were as good as Nikos Tavernos’s offerings used to be, but they were acceptable substitutes. One friend had the stuffed flounder. 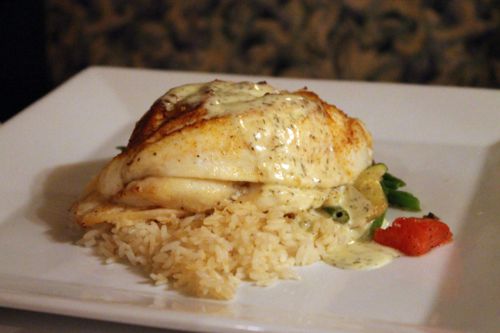 If came stuffed with crab meat in a lemon dill cream sauce over rice and vegetables.

This is a mixed grill special that included rack of lamb, chicken, and shrimp was served with rice and vegetables. 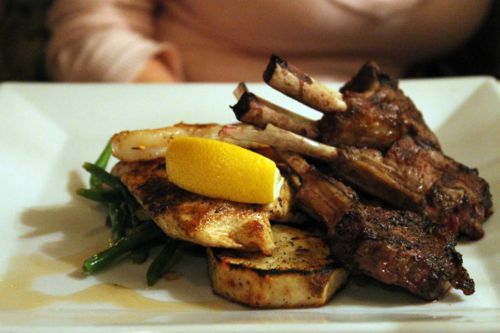 The lamb received strong accolades and the rest of the dish was fine.

My husband had the gyro platter that came with a mix of lamb and beef, rice, vegetables, and tzatziki. 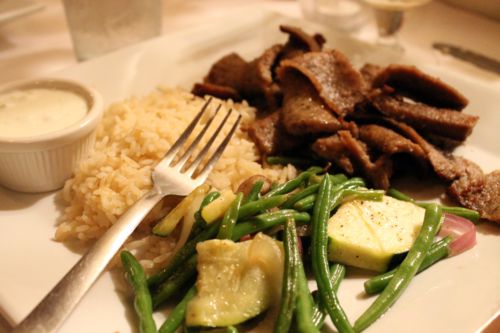 Being an eggplant fan, my choice was the mousaka. It contained layers of ground beef and eggplant topped with feta and a thick layer of béchamel sauce. 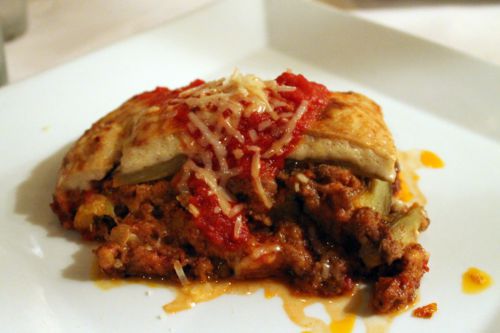 Spartacus has a delicious, inventive selection of desserts, not just sticking with tiramisu and baklava. Our friends chose a baklava cheesecake that looked amazing. 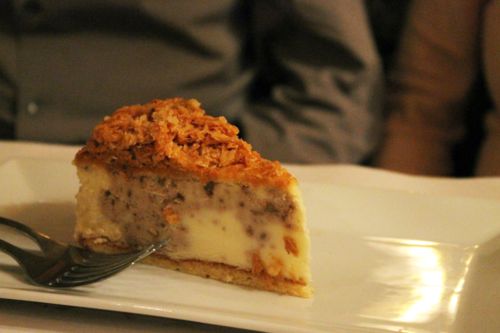 They were quite happy with it. Our choice was the lemon marscarpone cake. 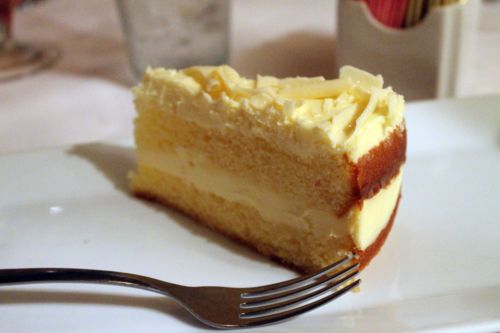 Lemony desserts are always rather pleasing, so I’d recommend it. The white chocolate curls on top were a nice choice, too, and I only like white chocolate on rare occasions. It worked well with the lemon. Don’t get coffee in the evening, though—mine had definitely been on the warmer too long.

Spartacus is a good choice if you’re looking for Greek options, especially if you’re with others who want more options on the menu than just Greek. It was about half-full on a Wednesday night. Plus, there’s belly dancing on Fridays!