Home / Beer / Lost in the Trees

Lost in the Trees

Lost in the Trees
Fullsteam Brewery
Central Park District, Durham
$8, which included the glass and a bottle of beer. 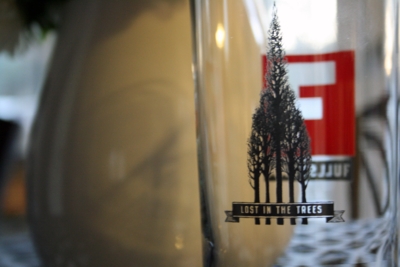 I had been dying to try this beer made with figs. Almost as badly as I’m dying to try Fullsteam’s permission persimmon beer (thanks for catching that typo, Marc! Though permission beer might be even more interesting), First Frost, which has not yet been released. This beer is named after the North Carolina band, Lost in the Trees, which played at Fullsteam the first night of the very limited beer’s release. So limited that it’s gone now, so you can only read this blog and imagine what it may have been like to taste it—maybe next year? 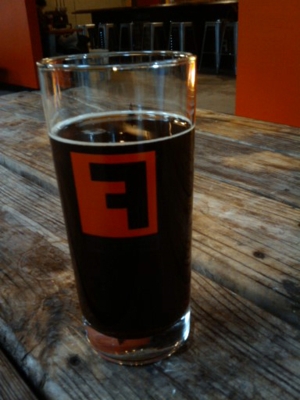 This was a dark, thick beer, and I dug it. I didn’t taste the fig until a few sips in, but as it warmed up a little, the stickiness of fig somehow came out. It wasn’t sticky in texture, but it tasted that way. I can’t really describe hops and the like for you, but it tasted a little smoky and a tad bitter, which contributed to my enjoyment of it. This was like eating a fig straight off your backyard tree, perhaps the fruit you were too impatient to let ripen completely and definitely not the one that you made a sweet, luscious tart out of, but still tasty because it came straight from the tree. It’s good enough that I actually drank the whole glass! That may not mean much to you, but for me, it’s a win.

7 thoughts on : Lost in the Trees