Posted in : Cocktail Recipes, Grab and Go, Product Reviews on July 6, 2020 by : The Gourmez

Burly Beverages (website) is a company producing shrubs and soda syrups out of Sacramento, CA. Per their about page, they pursue “a quirky and health-minded approach to sodas and soft drinks by using fresh, locally-sourced ingredients, natural sweeteners and a small batch mentality to assure a consistent, high quality product.” 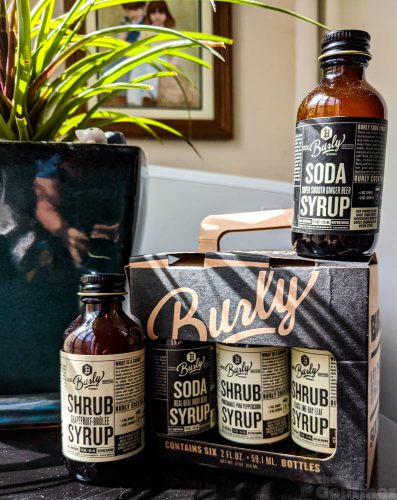 I am a big fan of shrubs, especially when the vinegar element is not overwhelmed by the sugary sweetness of the syrup. Just a dash works great in club soda to make drinking fizzy water that little bit more exciting. I am not that into sodas, or at least the commercial flavors of soda commonly available in the USA – too much sugar and too much concentrated flavor. Plus, I’ve just never liked the taste of colas, which yes, includes Dr. Pepper. Wikipedia tells me that cola flavor is citrus oils, cinnamon, and vanilla, which makes no sense because I love all those things! Yet apparently not in the way in which colas combine them.

Back to your point, Becca. Shrubs, your point is shrubs. Specifically Burly Beverages Shrub and Soda Syrups. When an old college chum offered to send me a sampler pack from Burly Beverages–her brother, Gabriel Aiello, founded the company–I said yes, despite not being that interested in the soda part of the equation. My love of tangy drinking vinegars, another name for shrubs, won out.

Obligatory disclaimer: That means this sampler pack was entirely free to me.

First:  How adorable is that sampler pack above? So adorable. The old-timey design of the labels appeals to me –I’m a foodie and as much a hipster as the rest of my generation, I admit it. I may hate the mason jar aesthetic, but I love myself an incandescent filament light bulb. So that design is right up my alley. 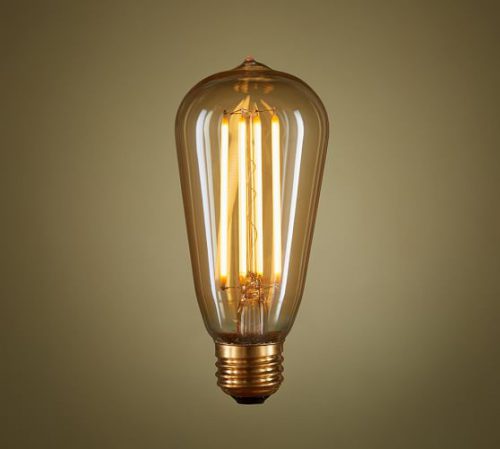 The sampler pack includes six flavors. I set them all up in tiny glasses for tasting at the recommended dosage with plain club soda. That dosage is one-ounce syrup to sixteen ounces club soda. For these little shots, that equates to a half tablespoon syrup to four ounces club soda. I should note that the recommended ratio also calls for two ounces of alcohol for making cocktails, which I did not do for tasting purposes, and thus the flavors and colors were perhaps weaker than intended. 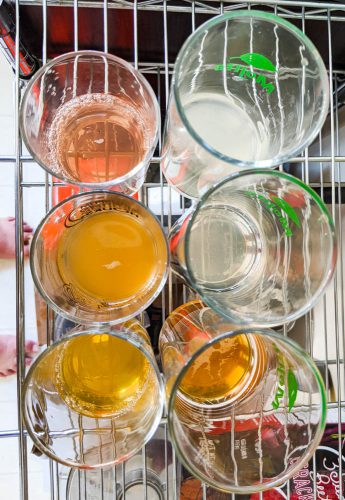 I went for tiny tastings because I wanted to leave plenty of syrup in the two-ounce sample bottles to experiment with later. But first, I would let my initial tastings guide me.

Burly Beverages Pomegranate Peppercorn Shrub– The peppercorn smell is refreshing, the pomegranate lightly pungent with a mild tang. This would be good in gin, pisco, or vodka cocktails.

Burly Beverages Black Lime-Bay Leaf Shrub: The smells are great, with savory bay leaf and citrus coming in immediately. It tastes zestier than expected, and it could be an interesting contribution to a mule cocktail or silver rums. I can actually taste the bay leaf, which is remarkable, as bay leaves are usually meant to meld with other flavors in a broth. It’s nice to see it shine.

Burly Beverages Grapefruit Brûlée Shrub: Ooh, this one is warming to drink. I could picture it in a festive Christmas punch. Or for dessert, perhaps in the form of a grapefruit crème brûlée martini! The caramelized brown sugar notes of a brûlée come through so well.

Burly Beverages Cascara Cola Soda: A reminder – I do not like cola. But adding cascara to that cola – you know, those coffee cherry husks that Starbucks keeps trying to make happen – turns out to be genius stroke. There’s a wash of bright coffee to start, then the flavors skim across the cola profile to land with a eucalyptus or quinine tang on the finish. There’s a mild honey sweetness. I could see this syrup as a great addition to a tonic soda, with or without alcohol. 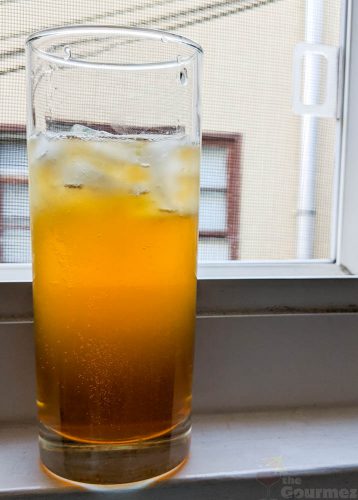 A cascara cola in the sunlight.

Maybe Starbucks knows what they’re onto….and the Yemeni and Bolivian people before them who make cascara teas. Burly Beverages did well to follow their example.

Burly Beverages Super Smooth Ginger Beer Soda – This smells strongly of ginger, and the flavor is smooth as advertised. That’s a win for those of you who find spicy ginger beers too potent to drink. Personally, though I like the light sweetness of it, with a stevia-like flavor, I rather wish I’d gotten the Super Spicy Ginger Beer syrup that Burly also makes. Regardless, this could be used in a mule cocktail easily, but do add some citrus tang to liven it up.

Burly Beverages Root Beer Soda: Root beer is one of the few commercially produced sodas I do enjoy, if only with pizza. The Burly Beverage version came close! But sadly, it fell a little flat for me. That said, I would still love to try Burly’s California Cream or Sarsaparilla soda syrups in the future. Maybe I need to head to the tasting room when it’s fully open again…

Other Uses for Burly Beverages Syrups:

Good news! If you like the flavor of these syrups, and I certainly did like most of them, especially the shrubs, you can use them for things other than soda. Cocktails are a natural choice, of course. I made one with that cascara cola syrup right away, and it’d be a great spritzer to have on hand this summer. 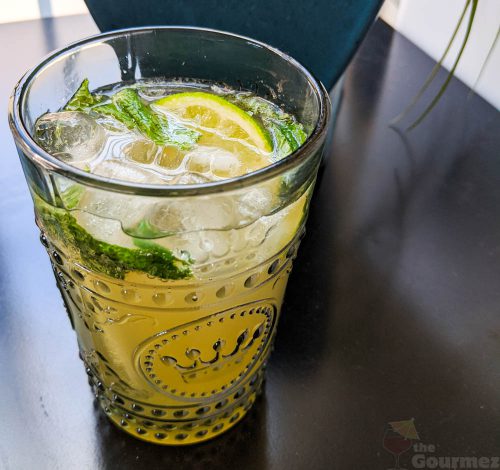 Drink it on your own patio while you get nostalgic about drinking on a restaurant’s patio back in the good old days…four months ago, pre-pandemic.

Mix or shake the first four ingredients together. Pour over the crushed ice. Add the club soda. Give it all a stir. You could also add some Lillet or sparkling wine to that blend for a velvety finish.

Or you could get a little more creative with these syrups. Perhaps use the pomegranate-peppercorn over ice cream. Or maybe whisk some black lime and bay laurel into a chicken sauce. Or make…

I’m not going to give you a recipe for this creation – this isn’t a recipe blog, though I do occasionally take a stab at cocktails, like the one above. Instead, you must settle for a quick description of how I made this delicious breakfast: 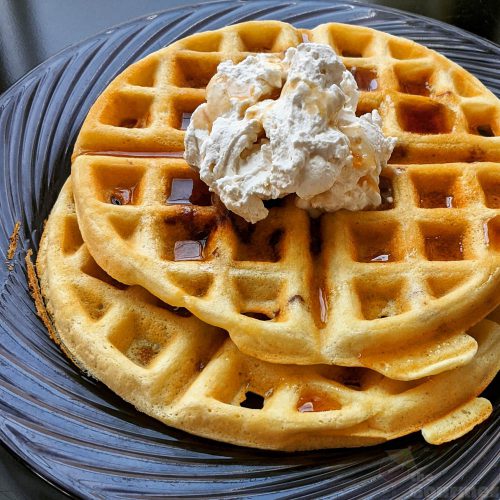 I added cooked and crumbled breakfast sausage to the waffle batter then poured it on the waffle iron. While the first batch baked, I whipped the Burly Beverages Grapefruit Brûlée syrup into whipping cream with powdered sugar and adjusted it to taste. The result? A delightful combination of sweet and savory for breakfast!

Do I recommend Burly Beverages for your culinary adventuring and soda-making needs? Absolutely. Sure, some of the soda flavors were milder than I prefer, but that problem can always be solved by just plopping more syrup in. I wouldn’t mind more vinegar tang in the shrubs, either, but that could mask some of the delicate flavors in play. I especially like that none of the syrups are too sweet, so you can add a little more without feeling those calories of regret later.

Will I be purchasing Burly Beverages myself? Yes. Especially now, as my favorite shrub maker, the Shrubbery out of Seattle, is no longer producing. Besides, have you looked at the list of flavors Burly Beverages makes?! Nine flavors in their standard rotation and an extra twenty or so offered seasonally. I just love adventurous flavor combinations!

Cranberry juniper, I’m coming for you…

Reviewed April through May 2020.