Faithful friends of the Gourmez, if you do not also follow my author blog, you may not be aware that my very first full-length book is slated for publication this summer! Wings Unseen is an epic fantasy ripe for the YA/New Adult markets and any adults as far as I’m concerned.  Meerkat Press is the publisher, and so far, I am very pleased with their work, especially this beautiful cover. 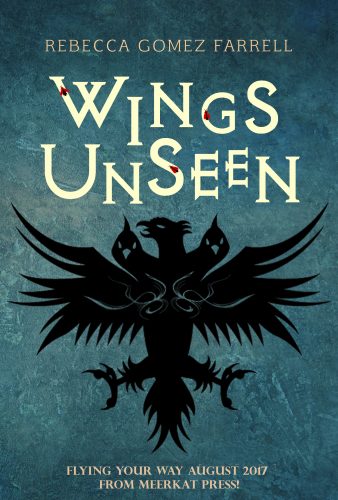 Because book news is not food, drink, or travel related, I will not be posting updates about it constantly here….but I will post about the big milestones in the book publishing process! Yes, I am perfectly willing to take advantage of your eyeballs for self-promotion on this subject. But I do hope you’ll read it and love it, so the few posts I do share here will be worth it.

And this post is also meant to share that Wings Unseen is available for pre-order on Amazon or Barnes & Noble — or just click that pre-order button below or in the right sidebar.

The official release date is August 22, 2017! And here is the official synposis:

To end a civil war, Lansera’s King Turyn relinquished a quarter of his kingdom to create Medua, exiling all who would honor greed over valor to this new realm on the other side of the mountains. The Meduans and Lanserim have maintained an uneasy truce for two generations, but their ways of life are as compatible as oil and water.

When Vesperi, a Meduan noblewoman, kills a Lanserim spy with a lick of her silver flame, she hopes the powerful display of magic will convince her father to name her as his heir. She doesn’t know the act will draw the eye of the tyrannical Guj, Medua’s leader, or that the spy was the brother of Serrafina Gavenstone, the fiancèe of Turyn’s grandson, Prince Janto. As Janto sets out for an annual competition on the mysterious island of Braven, Serra accepts an invitation to study with the religious Brotherhood, hoping for somewhere to grieve her brother’s murder in peace. What she finds instead is a horror that threatens both countries, devouring all living things and leaving husks of skin in its wake.

To defeat it, Janto and Serra must learn to work together with the only person who possesses the magic that can: the beautiful Vesperi, whom no one knows murdered Serra’s brother. An ultimate rejection plunges Vesperi forward toward their shared destiny, with the powerful Guj on her heels and the menacing beating of unseen wings all about.

And because you folks deserve it, here’s a little excerpt with food in mind:

The thought of food made his stomach grumble, and the image of Mar Pina’s flaky sweet rolls leapt to mind along with ghostly wisps of the warmed apricot preserves that would be dripping over them. Janto walked faster toward breakfast.

As Janto slid through the council room door, his father spoke. “My son deigns to bless us with his presence.” Janto took his seat and one of the rolls from a heaping platter. He wondered how many he could eat before the caravan set out.

“Well?” The king stared, but Janto paid him no mind, closing his eyes in appreciation of the apricot, cinnamon, and yeasty dough melding in his mouth. “Are you ready for your Murat?”

“Of course he is,” Queen Lexamy chided. “You know full well he has run himself ragged with preparations.” Their disagreements always amused Janto. His mother may get cross, but she had never asked for her own quarters in their thirty-seven years of marriage. His parents’ union was one of love . . . and banter. Constant banter.

“Stabbing at dummies stuffed with wheat and saying a daily chant can hardly be viewed as preparation for the Murat.” His father reached for the pot of tachery brew kept warm over a fire in a clay ramekin. The smell of roasted seeds wafted over. Janto flipped his mug over for his father to fill.

“Is there tachery on Braven?” A sudden panic took Janto and he gulped the liquid, then had to force his lips closed to avoid spitting it right back out again—it was hot!

His father laughed so loud the cups and platters shook. “You see what I mean?” He appealed to his wife. “He asks if there’s tachery on Braven.” Another laugh followed by a wink, and then he regarded Janto with soft, if pitying, eyes. “There’s naught on Braven of tachery or any other nourishment you are used to. You will be fed, but you best acquire a taste for jerked craval beast and the flat cakes Mar Pina has packed in your bag.” 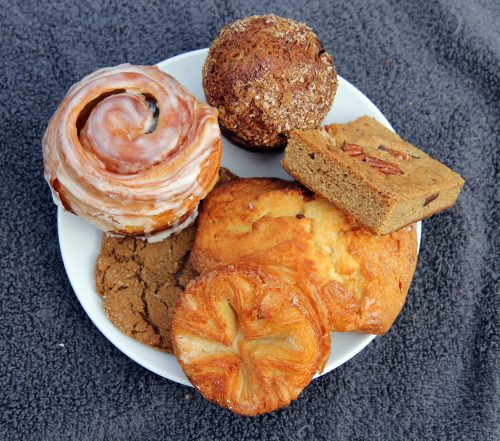 I do hope you’ll dig in.

3 thoughts on : Pre-order my first book! Wings Unseen flying your way in August.