Scotto Cellars is a family-owned winemaking company based in California with vineyards in Amador County, Lodi, and Napa Valley. I received sample bottles of two wines in their Heavyweight line: the petite sirah and the cabernet sauvignon, both sourced from the greater Central Valley. Obligatory disclaimer: Sample means these wines were free to me, but they’d cost you around $13 at most retail locations. 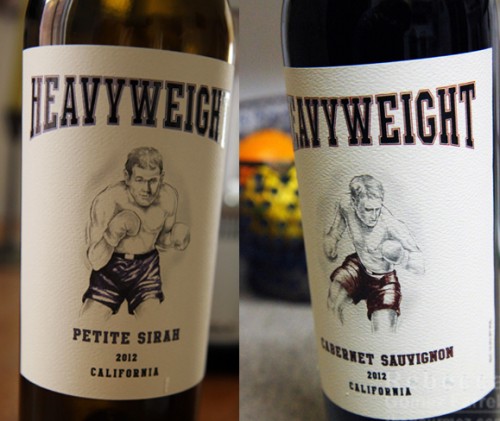 I’m always excited to compare wines with similar backgrounds, though the similarity among these two offerings stops at being from 2012 and using a little petite verdot in the final blend. Regardless, I scored them within four points of each other on the Quini scale, which means both pleased me, although the petite sirah was the only one that ventured into the more memorable avocado rating:

The cabernet sauvignon didn’t do half bad, earning a chicken and a wing:

Unfortunately, my various forms of digital review-giving failed to preserve my overall thoughts on the petite sirah, although the Quini profile survived in graphic form. 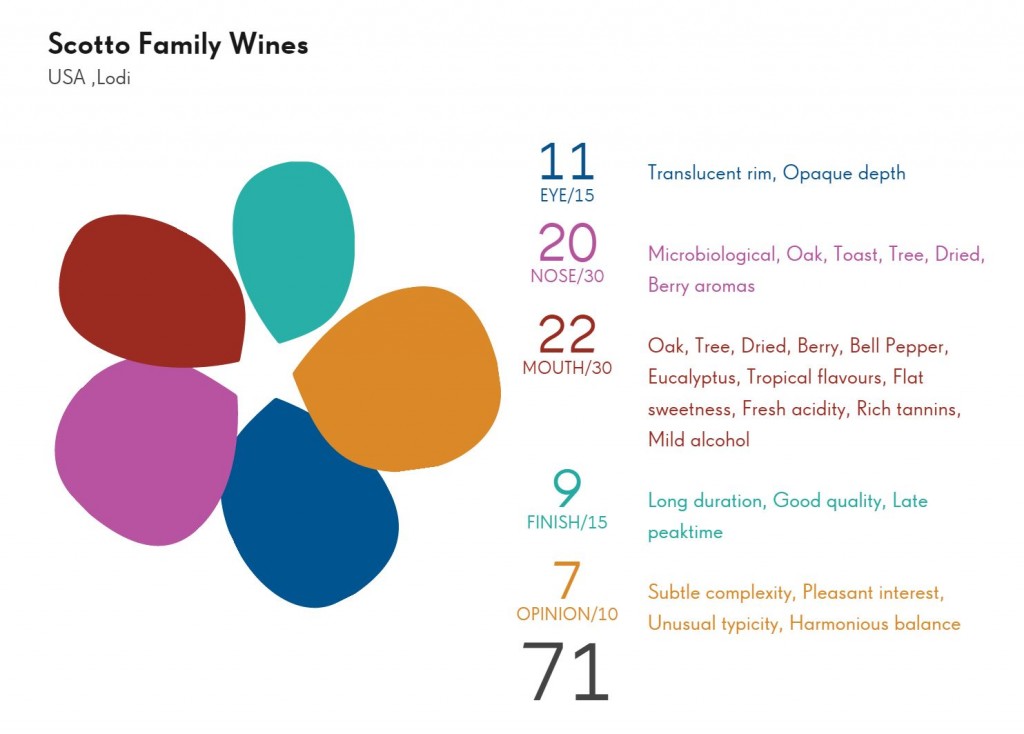 To make that a little clearer, I found it well-balanced with a good finish, and I especially enjoyed its toasty and vegetal notes coupled with dried berry.

For the cabernet sauvignon, my description lives on: A wine of potentiality. Presently a funnel of spice, sucking you into a pit of blackberry tar. In time, the funnel may dissipate into mist, and the tar bake to brownies, but will I wait that long?

In other words, aging is recommended to realize this wine’s full potential — but it definitely has that potential. Here’s the Quini profile (ignore that it says White Stone Vineyards): 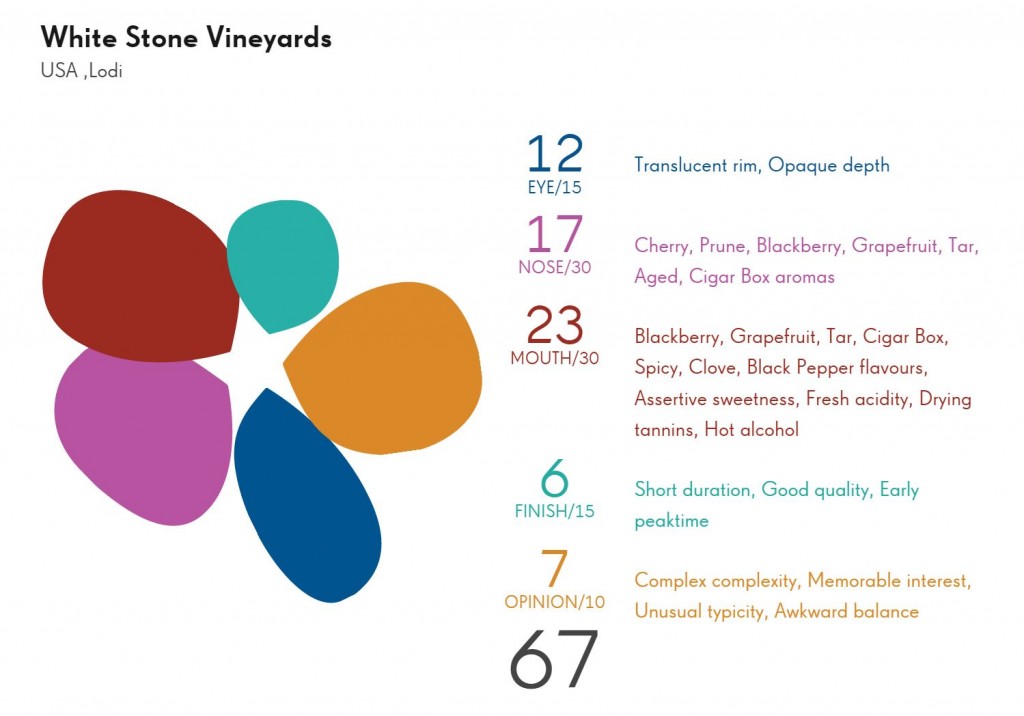 For me, the petite sirah is a heavyweight I’d gladly go up against again, and the cabernet is likely to graduate to another weight class in time.

If I were tasting this blind, there’s this essence of petite sirah that’s there, this darkness, this brooding nature to the flavor of this. But it also has this nice, sharp, acidic backbone. . . . It’s not overly dense. It’s a good food-friendly, weeknight type of wine. 87+

Pull That Cork on the Cabernet Sauvignon

Medium ruby garnet in the glass with dark fruit and vanilla aromas. The first sip was a bit sweet. The second less so, with berry fruit, red fruit, a bit of tobacco and smooth, well-integrated tannins. The flavor lasted fairly long and finished with dark fruit flavors. Easy to drink and enjoy.

I’m with Jeff on the petite sirah, but Nancy and I differ a fair bit on the cabernet sauvignon! Such is the wine bloggers’ life: endless variety of opinion. Regardless, both wines are strong offerings at that price point.