Last month, I posted about the experience of using Nightswapping, a travel website and application, to make my first trip to Vancouver, Canada. This month, I’m blogging about my whirlwind tour of the city and giving you the chance to try Nightswapping with a code for a free night’s stay!

Let’s start this series at Granville Island. Most of my friends know my interests well, so Granville Island was the first name off their virtual lips for places I must visit in the two days I had. 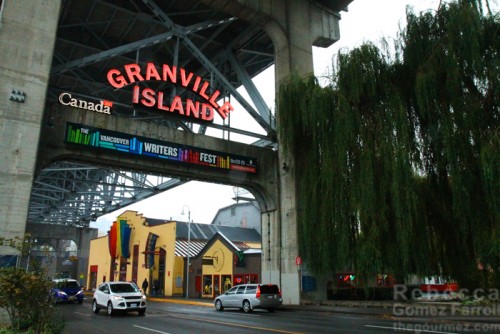 Located beneath Highway 99, Granville Island, technically a peninsula, is one of Vancouver’s most obviously hipster neighborhoods — aspersions aside, that usually means good food! You can drive or ferry in, but I enjoyed walking from the Anderson & West 2nd bus stop. Meander through Sutcliffe Park and follow the road beneath Highway 99 until you reach Granville’s retail district, about a quarter mile in. 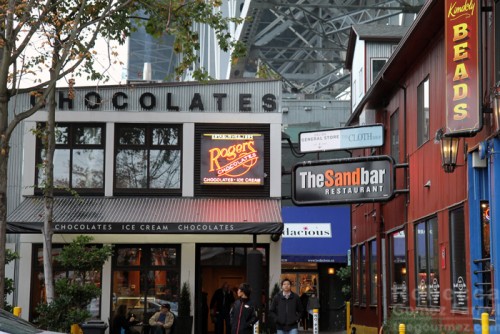 Most of the retail district is remodeled industrial warehouses that have kept the corrugated tin of the original buildings and spruced them up with very colorful and modern paint jobs. Even the concrete towers have received a makeover. 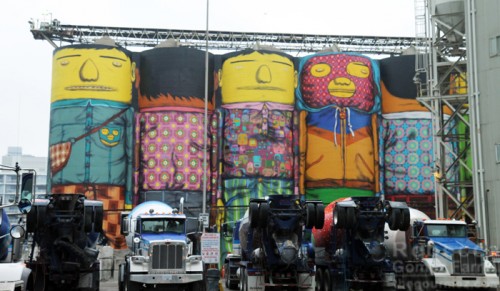 Edible Canada (1596 Johnston St.) provided the best meal of our vacation at their brunch. With a keen focus on seasonal British Columbian ingredients, the menu shined, from the spiced apple-shrub iced tea to the pulled pork eggs benedict. My kale, carrot, and beet salad was an especially vivid and flavorful dish. Each main ingredient was cooked using three different techniques. 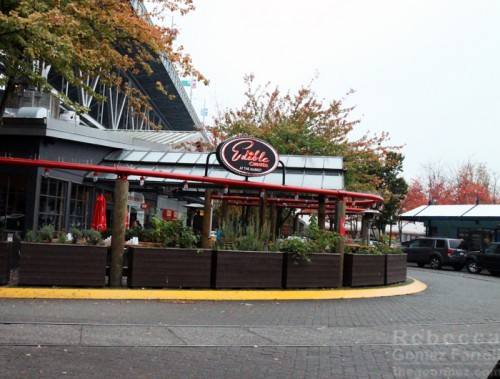 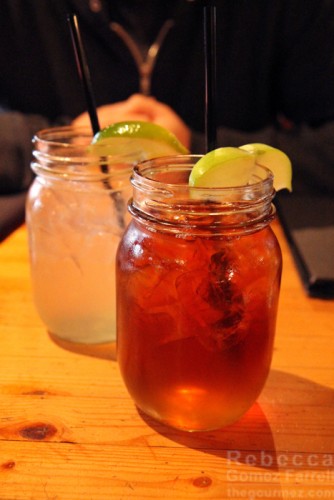 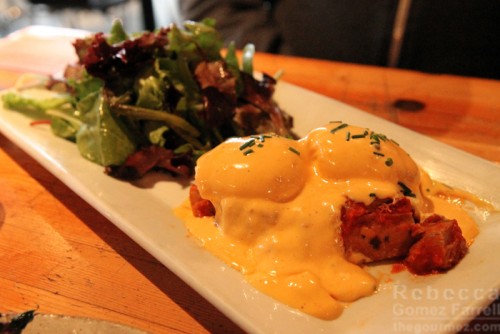 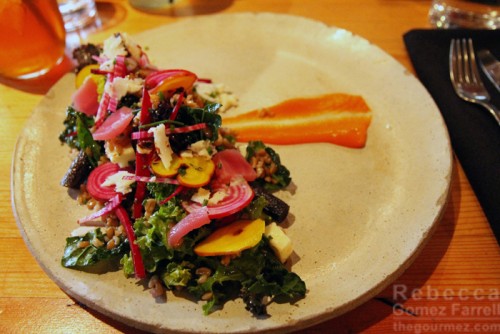 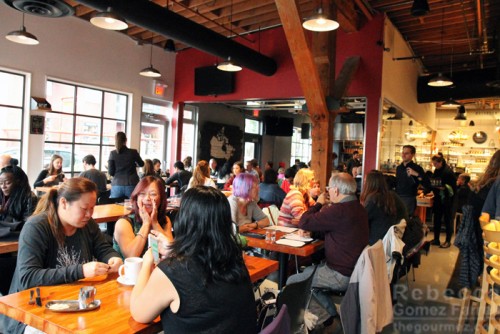 If I lived in Vancouver, Edible Canada’s dinner series, which starts next month, would be a must.

The primary draw at Granville Island is the Public Market (2, 1661 Duranleau St.) , an overflowing extravaganza in the grand tradition of London’s Borough Market, Philadelphia’s Terminal Market, San Francisco’s Ferry Building and all great gatherings of produce, prepared goods, and crafts. If I hadn’t already eaten brunch, I’m sure I’d have devoured more of the market’s delicacies. Luckily, it was just as much a feast for the eyes. 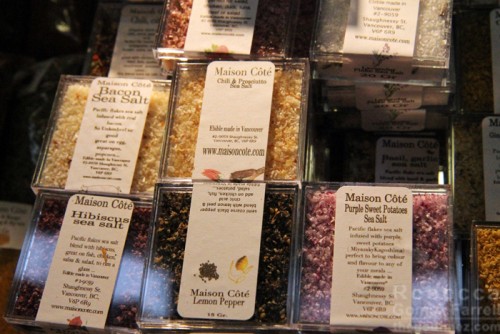 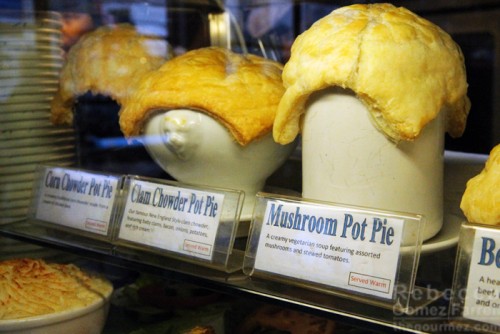 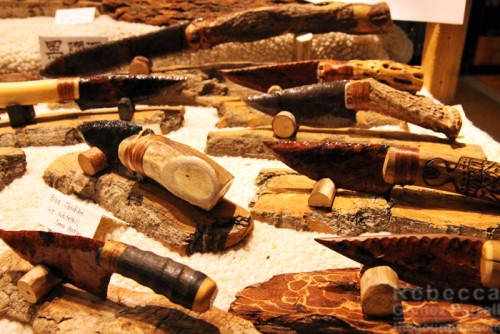 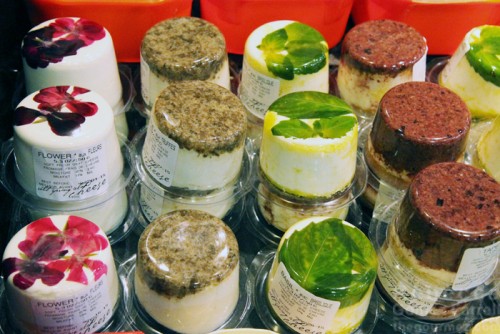 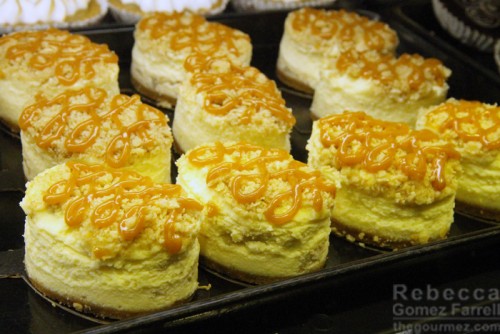 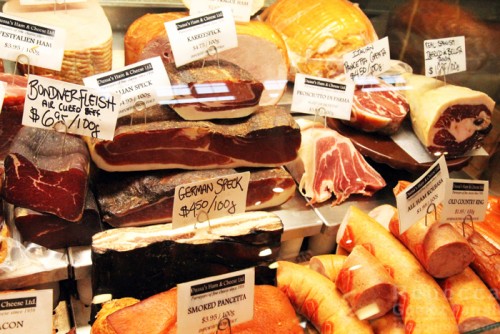 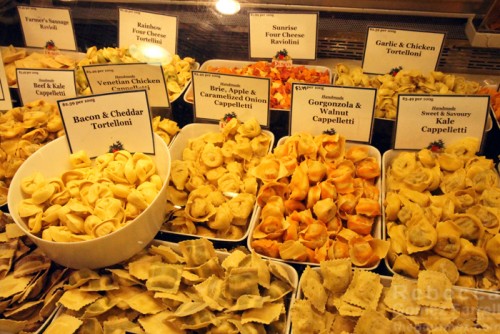 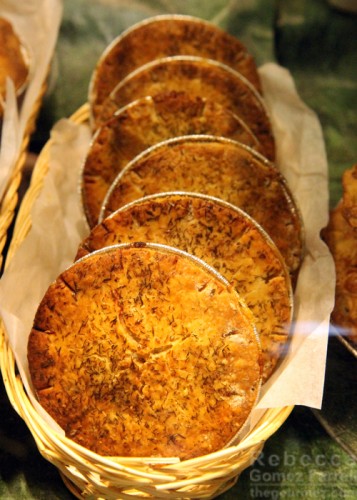 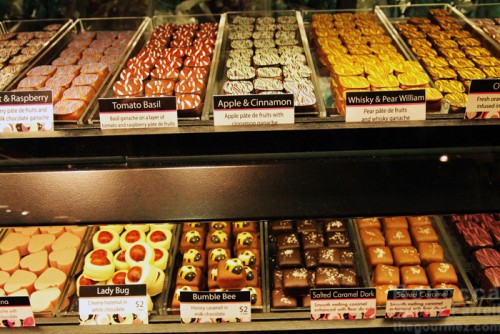 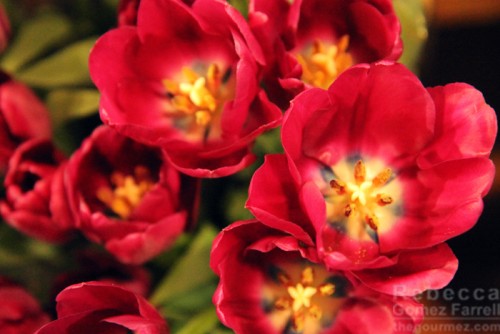 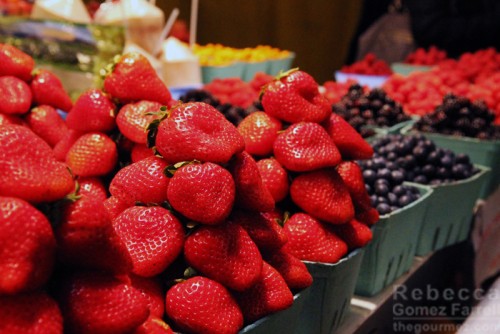 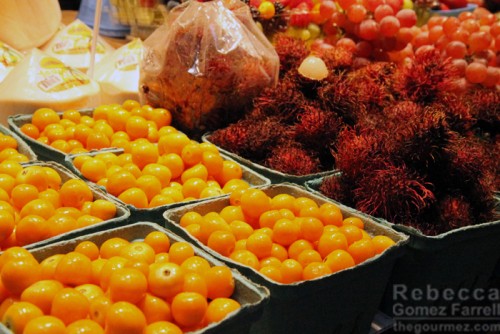 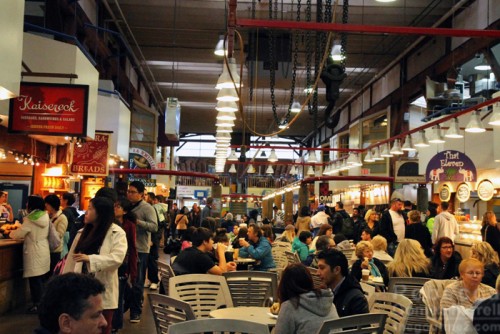 I did grab sweet and spicy popcorn and a cappuccino and headed out the back for a breath of fresh, and much less crowded, air. Did I mention the view?

While the Public Market and Edible Canada are certainly enough to fill up the three hours we had, I decided to stroll more and ended up in the Railspur District. 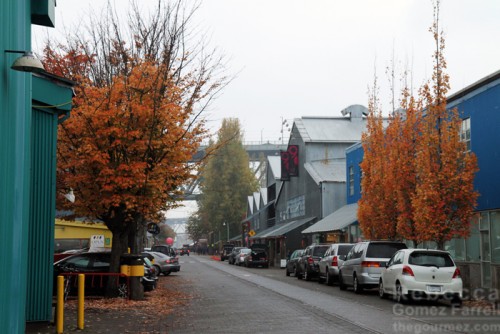 Again, beautiful redesigns of warehouses and I’m willing to bet a lot of the craftsmen who revamped them have studios in the neighborhood — artisan spaces, industrial design, and an art college all have homes there. Yet for me, the highlight of the Railspur District was the Osake sake distillery (1339 Railspur Alley) located up a cute alleyway. 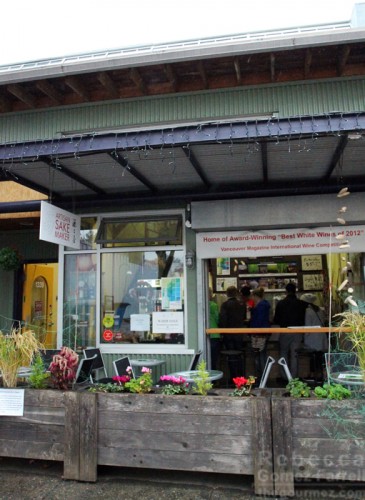 For $5, you can try all three sake styles they produce, which is a great price. Tours of the distillery can be booked and sake is available by the glass. It’s a tiny tasting bar, but the sidewalk view is appealing, as is the sake itself. The junmai nama was especially smooth and refreshing. 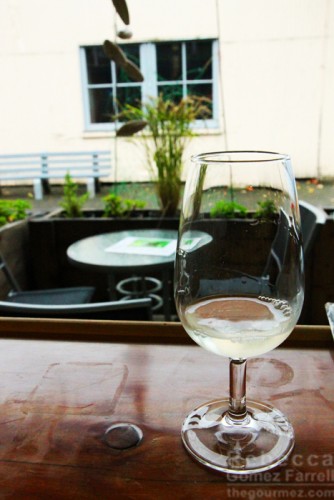 Alas, after one last look at the waterfront, 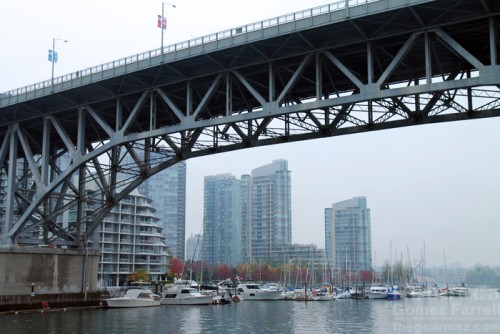 it was time to head out for the airport. Next time, I’d love to catch a play at one of Granville Island’s many theaters, and I’ll make sure to leave room for smoked salmon from one of the Public Market’s stalls. 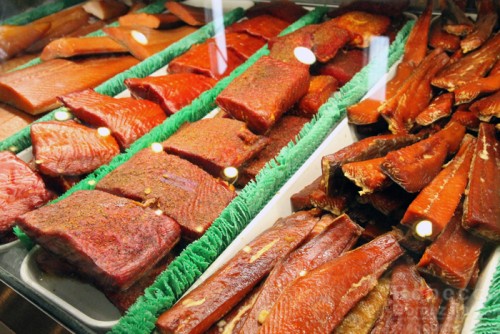 Look at that fish! How did I resist?! Luckily, you don’t have to. Nightswapping is offering you a free night’s stay anywhere you want, which means you don’t have to accrue any hosting nights of your own before using the service! All you have to do is sign up with Nightswapping, enter Gourmez-NS in the “Add a Promo Code” section, and pick an adventure. If you choose to stay with Anita in Vancouver, let her know Becca sent you. 😉 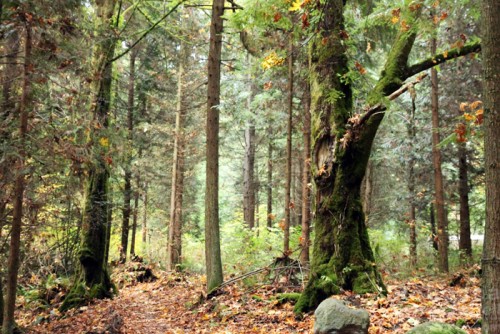 Visited in October 2015, and my stay was comped by NIghtswapping.

One thought on : Granville Island