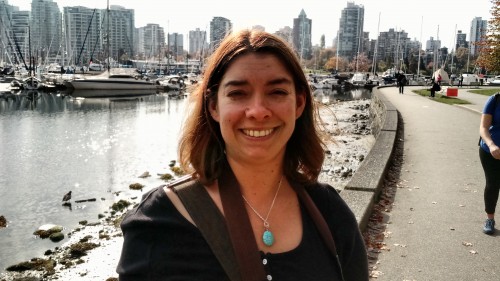 Vancouver’s Coal Harbor at my back

Earlier this fall, I was invited to check out Nightswapping, a new entry into the web-based travel lodging scene.

You may have heard of a few names in that game: AirBnB? Couchsurfing? Nightswapping combines a bit of both and takes money almost completely out of the equation with a night-for-night exchange approach. They’ve just released a redesign of the site that should appeal to potential users that love swiping right and spontaneity. 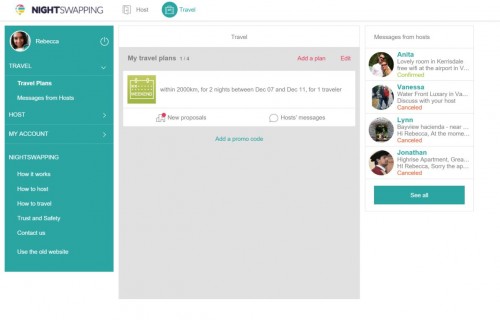 Nightswappers can be hosts, travelers, or both. The latter is definitely the way to go if you want full usability. When a swapper stays over, the host earns a free night’s stay at any other swapper’s pad. Minus a €9.90 fee per transaction, the exchange is entirely money-free. Yes, Americans, that’s in euros, not dollars, but $9.90 was the total I paid as well, purchasing from California.

Nightswapping has over 150,000 users all over the globe, though some areas have far more users than others. For example, finding a place in Europe is presently much easier than finding one on the West Coast. But it’s spreading fast! There’s a good handful more Vancouver, Canada, options than there were when I looked in September.

If you want to travel before you’ve earned any nights or you don’t want to be a host at all (my choice, as Nightswapping comped the room for my two nights), you can pay to stay instead, but the transaction goes to Nightswapping rather than to the hosts. Those hosts will still get their free night accruals, but this is not a get-rich opportunity. It’s a travel-on-the-cheap one!

Once you’ve signed up, after email and phone number verification, you can list your place or, as in my case, proceed straight to travel plans. Here’s where being a host makes a difference. If you are one, you can choose to look for a specific location. If you aren’t, your only option is the “Surprise Me!” route. That’s not a complete shot in the dark. Rather, Nightswapping guides you through a series of questions starting with your home city location and including how far and when you’d like to travel. 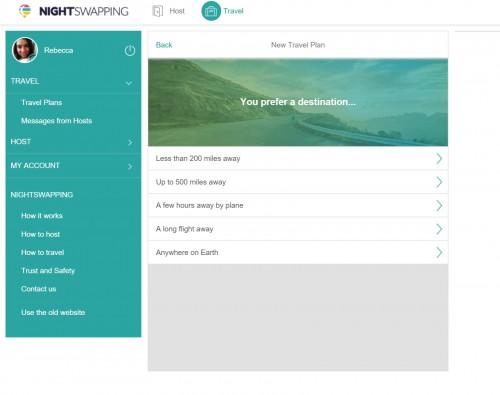 Then you type in a message that gets sent to any potential host whose property you like — selecting those is the next step. That’s where the swiping comes in! 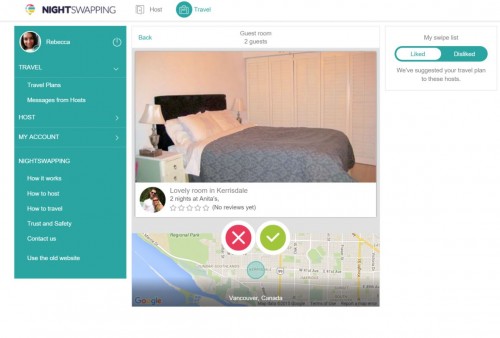 That screenshot is the entry for the location I ultimately stayed at, but if I hadn’t liked it, I would have just hit the X instead of the checkmark or swiped left versus right on the phone. Each time you like a location, it goes over on the right side of the screen and that message you typed instantly gets sent out to the hosts to work out a potential stay. Choosing more than one place at a time is absolutely fine; chances are it’ll take a few tries to find a good fit anyhow! It took me communicating with four different hosts to find a room available for the dates I wanted. Which is the next stage in the process — communication! 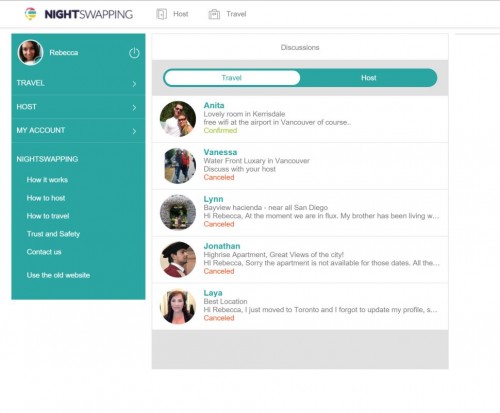 Hosts are notified that someone’s sent a travel request, and when they answer, you can message back and forth to check details and determine if you’ve found a good swap. Vancouver had five options when I made my arrangements. I wrote off the place that had only a cot in the living room; that would never fly with my husband. The first person I contacted got back to me right away but had moved. The second never replied. The third said no, and the fourth turned out to be perfect! 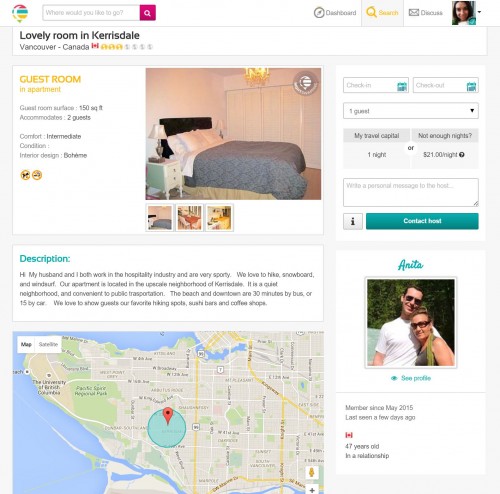 Full profile from the old site.

Ah, Anita in Kerrisdale, a Vancouver suburb that I had initially written off as being too far from the downtown area, but Anita assured me was very accessible. We agreed on dates and accepted the exchange contract through the website, which was a simple “yes” and “yes” and is where the transaction fee comes in. Within a day of that, Nightswapping had contacted me for proof of ID, an understandable security measure, and sent me their insurance materials—they provide insurance for both hosts and travelers. Anita had also offered me a pick-up from the airport along with tons of tips for sightseeing and dining. Seriously, people, she was an amazing host! She went far beyond the requisite “here’s your room” when we arrived, showing us around Gastown — 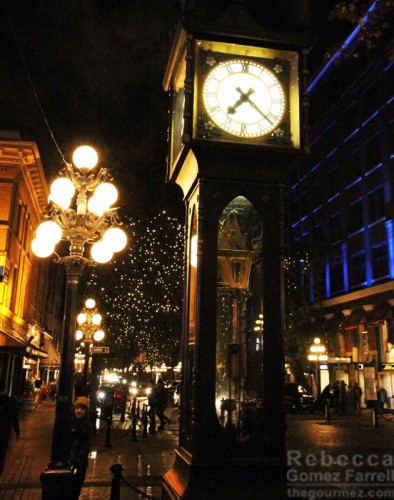 — gorging with us on food and drink — 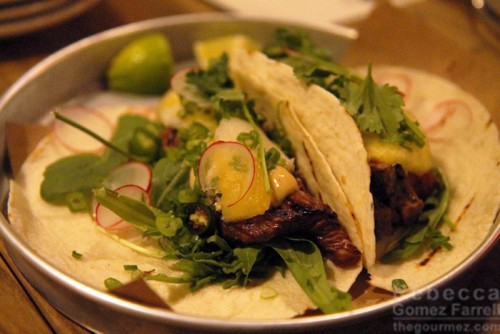 —  and even dropping us back off at the airport for our return flight two days later.

I picked Vancouver because it’s a pretty short plane ride away and we had to fit it in between trips to Raleigh, Los Angeles, and central Massachusetts — it’s been a busy fall, y’all. Also, I’d never been in Canada before. Should I have led with that? Regardless, you should know from my past travel posts that when I travel, I go-go constantly and soak in as many required sights to see as possible. If I’m in London, I’m in a phone booth. 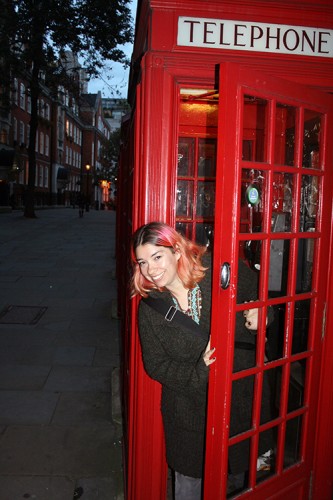 In NYC? The Liberty Crown, please. 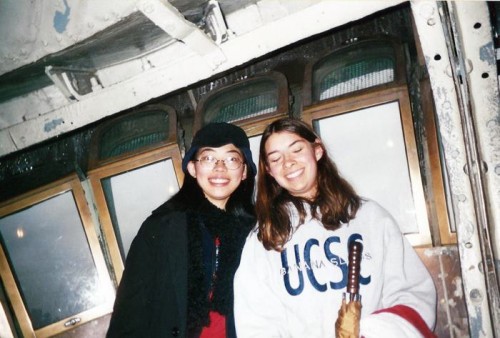 Vancouver? The totems at Stanley Park. 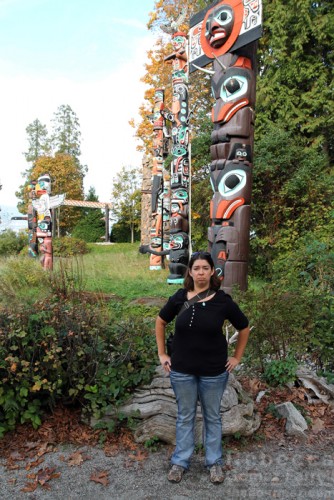 I was trying to make a totem face. I did not succeed.

Stanley Park is one of several must-see areas we fit into our two days in Vancouver, and I will be blogging on them all in future posts. Anita’s hospitality made getting around with so little time so much easier than I’d been expecting. I’m sure Nightswapping can’t guarantee such an excellent host for all swaps, but mine is a testament to its potential.

Will I be a regular Nightswapper? I’m a planner, and Nightswapper seems more suited to travelers who pick up and go for a weekend rather than ones who think far ahead. And because I don’t have space for guests, I won’t become a host anytime soon, which makes finding that perfect swap a bit more difficult. For this trip, though, I didn’t have time for my regular planning and having a local to guide us made a world of difference. The current website design is also appealing and easy to use.

So if I’m tempted to try it again, and I’m not the ideal user, think about how great it would be for travelers with fewer strings attached, who can make a trip work whenever the mood strikes them! If that’s your style of travel, it’s definitely worth checking Nightswapping out.