I neglected to inform you that I had a new Localwise post go up a couple of weeks ago! I guess that’s what happens when you’re traveling the majority of October…oops. 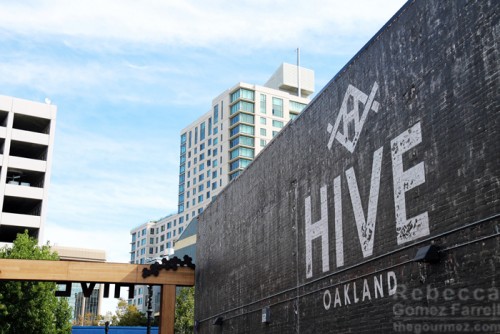 This one is all about the retail businesses now opened and opening soon at Oakland’s newest redesigned city block, the Hive. I absolutely loved the feel of the Hive, with lots of mixed materials that give it a modern edge while maintaining an inviting environment.  The article begins….

Get the lowdown on Uptown Oakland’s newest businesses and a sneak peek of those coming soon with this quick tour of The Hive. The mixed-use development opened its doors to customers, workers, and apartment dwellers last August. The project, led bySignature Development Group, renovated a full city block of the historic Broadway Auto Row with an eye toward preserving its history and creating a new space for Oakland citizens to flock.

Read the rest of it right here! I will also be throwing up an extra post or two with more behind-the-scenes photos of that press tour in the next couple of weeks. You don’t want to get me started on how excited I am for Firebrand Artisan Bread….