Posted in : Cabernet Sauvignon, Red Wine on September 3, 2015 by : The Gourmez

Jen Pfeiffer Cabernet Sauvignon 2014
Other Words: Rock it Like a Redhead, the Rebel
Victoria, Australia 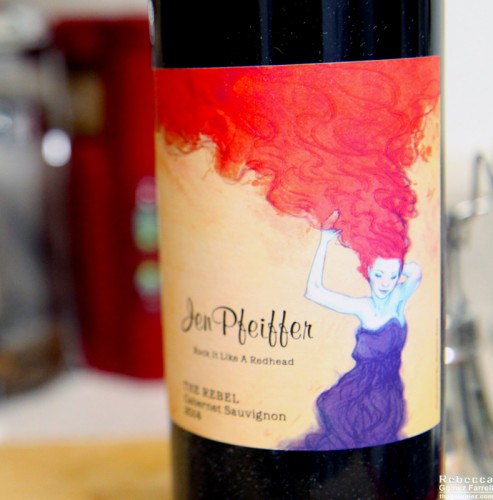 This is a NakedWines.Com production, and unfortunately, it’s currently out of stock. Though I hear there’s a similar wine coming from Pfeiffer soon…

Regardless, on Day 1, it’s a well-rounded mouthful of blackberry with a pepper accent. On Day 2, it smells that way still. But it’s like gulping down juice in hopes it’ll wash away the taste of that nickel you just had to try and bite. It doesn’t work. But the nickel’s growing on you. Eventually, it becomes a tart, triple berry crumble brought to golden-brown perfection in a personal cast-iron skillet under the broiler. If only the pan didn’t have those few patches of rust… 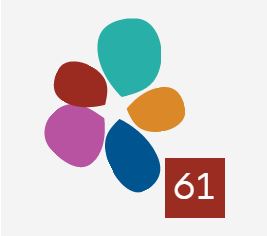 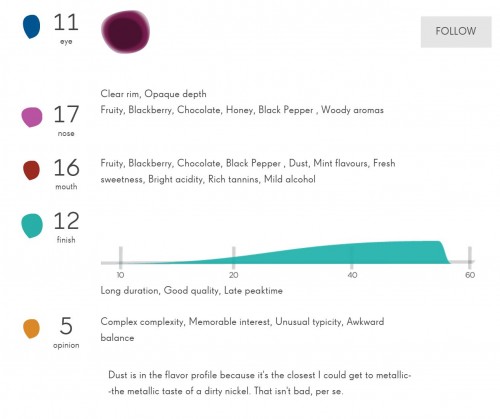 Rebecca Rae on Vivino
Fruity, very drinkable, better once it opened up. Good value for money but wouldn’t buy again.

Tanya on NakedWines.Com
Easy to drink. It was good with lunch and dinner 🙂 I do agree that it is also a wine that would develop more with age and potentially be something to talk to friends about.

Lee on NakedWines.com
Spiced at first, then very smooth afterwards. A hint of pepper for us made it a perfect pairing for filet mignon. Thank you for the recommendation!