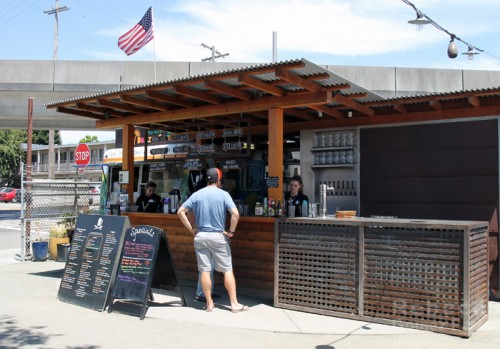 I had passed this cute little beer garden in Berkeley a couple of times while walking the Ohlone Parkway. Having spent my formative years in Santa Maria, CA, you can bet what drew my eye was not the incredibly appealing outdoor set-up with sculpted gardens— 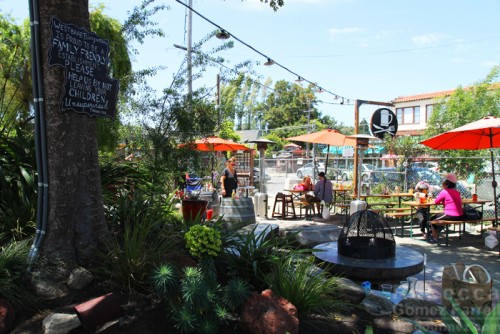 —but the signs just visible above the fence line that proclaim that both National Geographic and the East Bay Express think Pedro’s Brazil Cafe, the stationary food truck onsite, has the “Best Tri-Trip.” 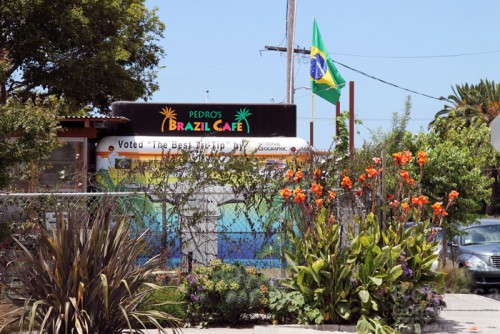 I can only assume they mean best tri-tip in the Bay Area, because anyone claiming best tri-trip outside of the BBQ-pit-lined thoroughfares of Santa Maria’s Broadway is asking for trouble. And being that Pedro’s is a sandwich joint with a Brazilian bent, it’s best to set any notions of this being Santa Maria-style aside right away. Once that’s done, even someone raised on the traditional oakwood-grilled, thin-sliced, salsa-topped steak can enjoy this tasty sandwich served up on a fresh-baked bread roll with squishy innards. 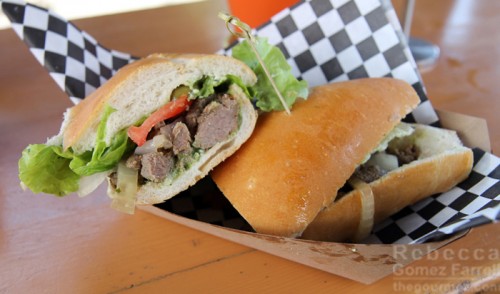 A moderate helping of tri-tip is piled on in chunks, and the sandwich is layered with a chimichurri sauce, olives, pineapple, ricotta, lettuce, tomato, and grilled onions. Altogether a great sandwich I wouldn’t hesitate to eat again, although the chimichurri was a little too heavy on the garlic. The tri-tip was tasty and just shy of dry, and I’m a sucker for pineapple on just about anything. My companions informed me that the chicken sandwich was quite satisfying and had a great kick of spicy heat from the chipotle aioli.

It was midday on a weekday, but I didn’t let that sway me from having a beer—how could I at a beer garden?! 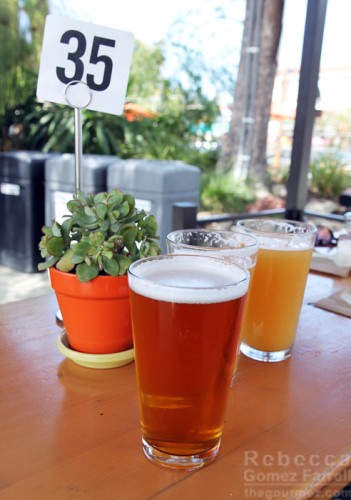 Obviously, I was not alone in that sentiment. For beer, I’m usually more of a porter or stout girl, but the cream ale I selected ended up being ideal for a warm, sunny, East Bay afternoon. I think it was Mother Earth Cali Creamin’, but BLOGGER FAIL, I can’t confirm that. Whatever the beer, it was about half as creamy as a cream soda and showed a restrained use of hops, which is welcome to me.

The beer garden does have additional alcohol options, including a great selection of canned hard ciders and a few wines. 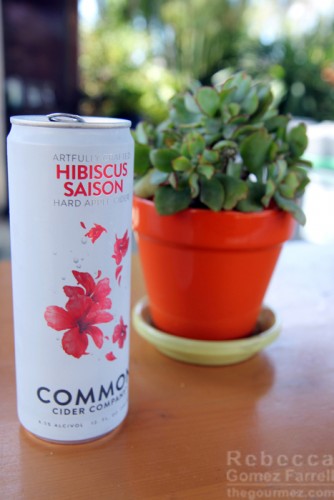 I was leery of Common Cider Company’s Hibiscus Saison because I feared it would be too sweet, but I couldn’t resist the pull of hibiscus. It turned out to be a great choice! I’d say it’s keeping half a foot in dry territory, and it had a complexity I don’t normally get from hard ciders.

Although I may now question the pedigree of National Geographic’s food critics, I do think Westbrae Biergarten is a delightful location offering tasty options for lunch and refreshment. And parents, it has a kid’s play area in back!  I don’t think those appear in beer gardens very often.