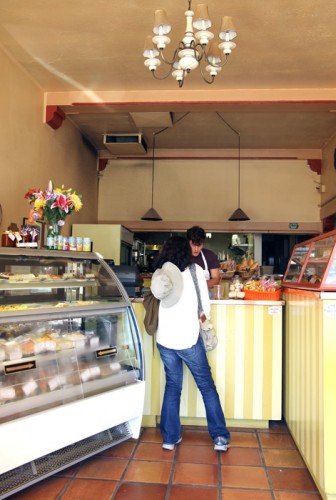 La Bedaine is a tiny French bakery on the outside, but on the inside, it specializes in French cuisine that you can take home to cut a few steps out of dinner. That means vacuum-packed meals such as duck confit and coq au vin. For simple meanderers, such as myself, La Bedaine’s cheery yellow display cases offer a range of meats and baked goods from sweet to savory. 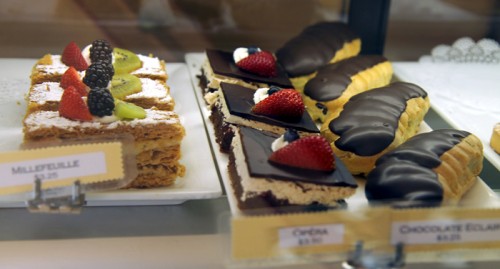 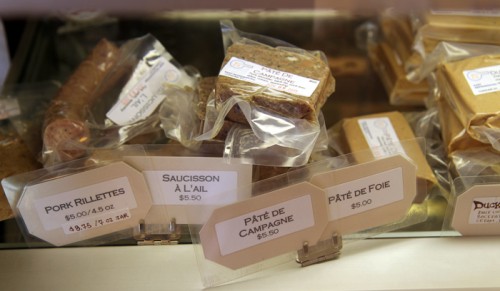 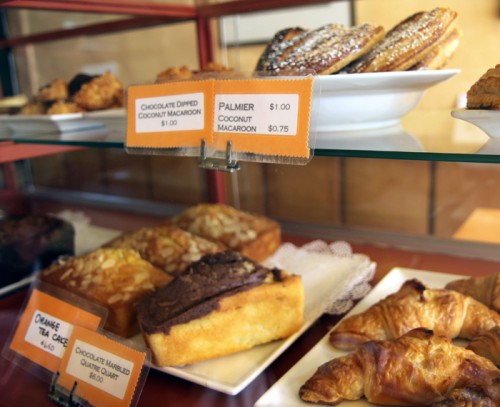 My friend showed me around this neighborhood where Berkeley and Albany intermingle, and she was most excited to share La Bedaine. We’d had lunch earlier in the day, so dessert was about all we could handle. And handle it we did! My friend had the apple and almond tart, which came on a beautiful plate. 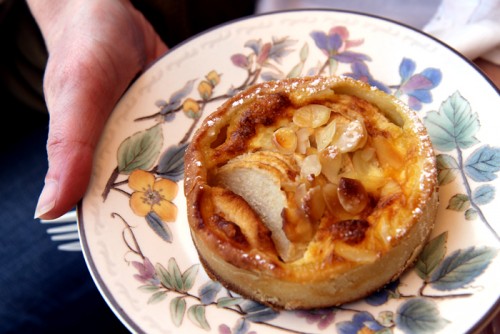 She thought it was delicious and not too sweet with a well-made crust. I had the small fruit tart, which is a dessert I normally pass by due to its omnipresence, but it looked so refreshing that day. 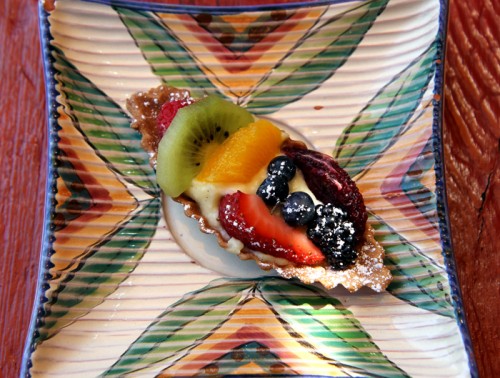 And it was! Fresh fruit with vanilla bean custard on a delicate pastry crust of a boat was exactly what I wanted right then. If you’ve had fruit tarts from grocery stores, these are a world apart in quality. I’m not against grocery store bakeries—I worked in one!—but you’ll never find such a lovingly prepared custard with cream full of real bean specks and flavor within those fluorescent-lit stores. That doesn’t mean I’m giving up my Safeway’s jalapeno cheese bread, for the record.

We took both our treats onto the streetfront bench and enjoyed every bite. My friend informs me that she’s also taken one of the pastry classes the owner hosts…and quickly realized croissants are far more difficult to make than she’d want to on a regular basis. Can’t say I blame her! Though if I lived closer, I’d be bound to try one those premade dinners now that I know the pastries shine. Have you had any of them?