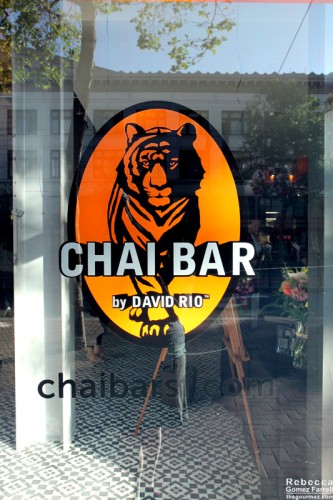 In a few short weeks, the Chai Bar by David Rio, the flagship storefront location for the highly successful David Rio Chai company, will be open at 1019 Market St., San Francisco. I think this new café/bar/lab/restaurant hybrid will be a lot of fun to visit, based on my experience at its recent launch party.

The party was a chance for David Rio employees, their loved ones, and a few other invited individuals such as myself and visitors from upstairs neighbor Zendesk, to take a peek at the space before it opens. Fresh off two wins for their new tea frappé mixes at the Specialty Coffee Association of America Expo in Seattle, the excitement and anticipation of the company’s employees was palpable. Everyone wants to get this storefront opened!

The tiling and giant centerpiece of a bar were complete, but furniture, equipment, and the final interior design touches were yet to be installed.

I’m no stranger to using my imagination, so I could see the potential as described by David Rio’s co-founder, Scott Lowe. Opening a storefront was his and his wife’s, co-founder Rio Miura, original dream when they launched the company. It’s only taken 18 years to get there! 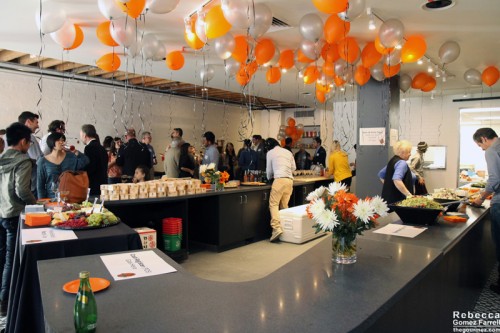 There will be a long, winding, and inviting couch along the left wall leading toward the experimental lab in back, where customers will be invited to give their opinions on the chai and tea creations under development. Teas from all over the world will be sampled here, not just Masala blends. 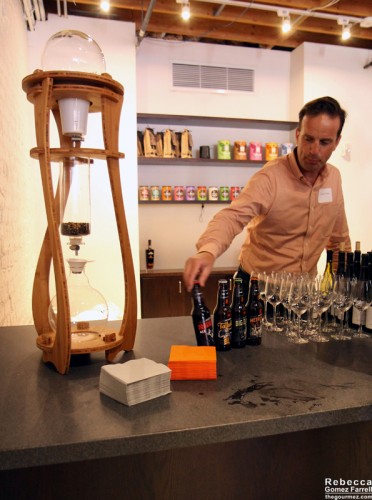 At the bar, one side will focus on making espresso drinks and the other will be full of wands for steaming milk. Different types of and methods for steaming milk products will be highlighted—and I don’t just mean dairy milk, of course. Not in this day and age.

The far wall will be covered with Japanese-inspired modern décor. Japanese-inspired food and more standard café fare will be available, though with some inventive chai-infused offerings as well. Baked-to-order chai stroopwafels, anyone?

The menu presented for the party was more conventional, but the smoked salmon and the beef satays (not pictured) were outstanding. 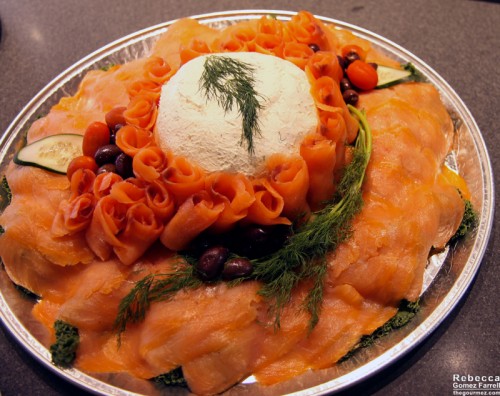 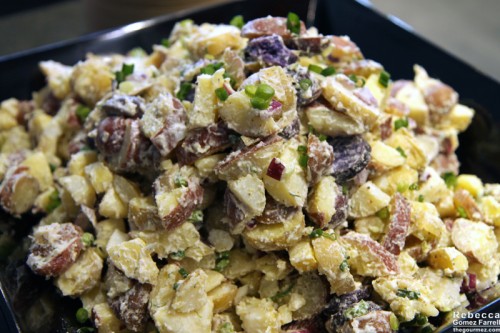 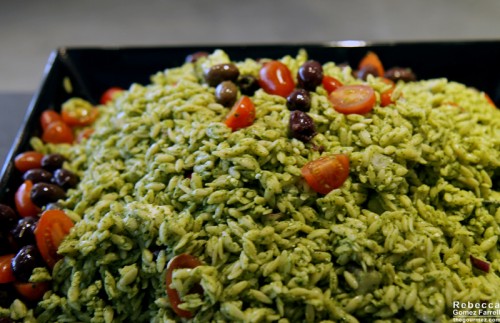 The experiments on hand that night were of the alcoholic persuasion. In addition to the two drinks below, more cocktails with sake, vodka, and sochu are in development along with a ChaIPA in partnership with Speakeasy! 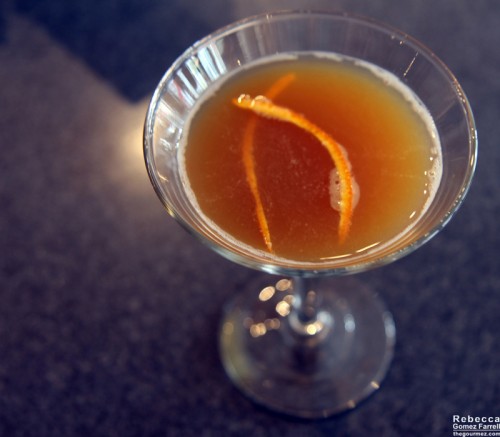 A chai-infused vodka martini showed potential but fell prey to club soda, the arch enemy of cocktails in my book. It’s so rare that club soda enhances a drink rather than waters it down, as was the case for that drink. Still, what’s the point of an experimental bar without learning what needs to be fine-tuned? What assuredly doesn’t is the chai-infused sake. 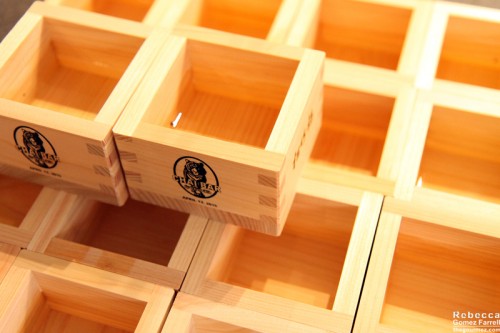 It’s a delicate drink that retains the smooth, velvety qualities of the Sho Chiku Bai sake while enlivening it with soft chai spices. I’d buy that by the mass-produced bottle.

Or by the sake barrel? 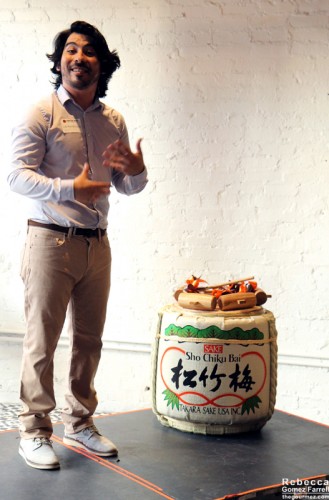 Luis Ruvalbaca, general manager of the Chai Bar, with the celebratory sake barrel.

The finale to the launch party was the breaking of a sake barrel, following a tradition from the homeland of Miura. A few David Rio associates and family members and a Zendesk representative took on the honors. One…two…three…

Go! The barrel was opened, the sake served, and the guests filled with expectations that I’m pretty sure the Chai Bar will live up to. I can’t wait to visit after the opening and report back!

For my full set of pictures from the Chai Bar launch party, click here. Thanks for the invite, David Rio!