David Akiyoshi is one of NakedWines.Com’s go-to winemakers in California. So far, I’ve tried his 2013 Sangiovese Rosé, and it placed firmly in my second-best grouping, the Avocados. That’s a 69/100 on the Quini scale. All that means is I expect a pretty good, though probably not exceptional, wine as I open this cabernet sauvignon. 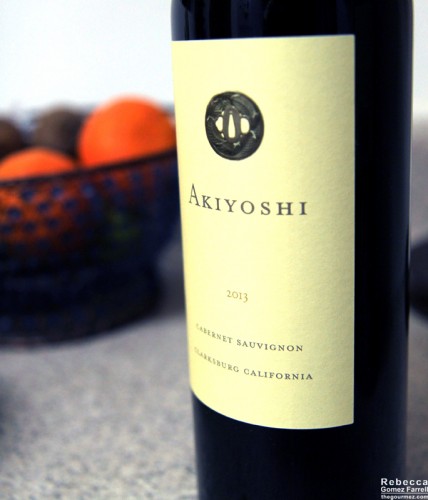 I stare at a cup holding the blood of many slain burgundy roses. Or grapes. They were probably grapes. The nose is waxy cinnamon, plum, and everything else I will list in the Quini profile that follows. Drinking it takes me on a journey with my mother’s favorite movie star, the young Shirley Temple. I am compelled to write a new verse for “The Good Ship Lollipop,” and I only hope the actress can forgive me from her heavenly vantage point:

“Oh, the good ship Berry-pop, made of cardamom and cinnamon logs, floats off to where violets sway, in the tasty Coconut Roll Bay.”

The finish is simple but lasts forever, unlike that new verse of song, which I’m trying to forget I wrote even as type this next sentence. The wine is certainly complex, but it could use more balance. Perhaps aging would bring it?

Here is my full Quini profile: 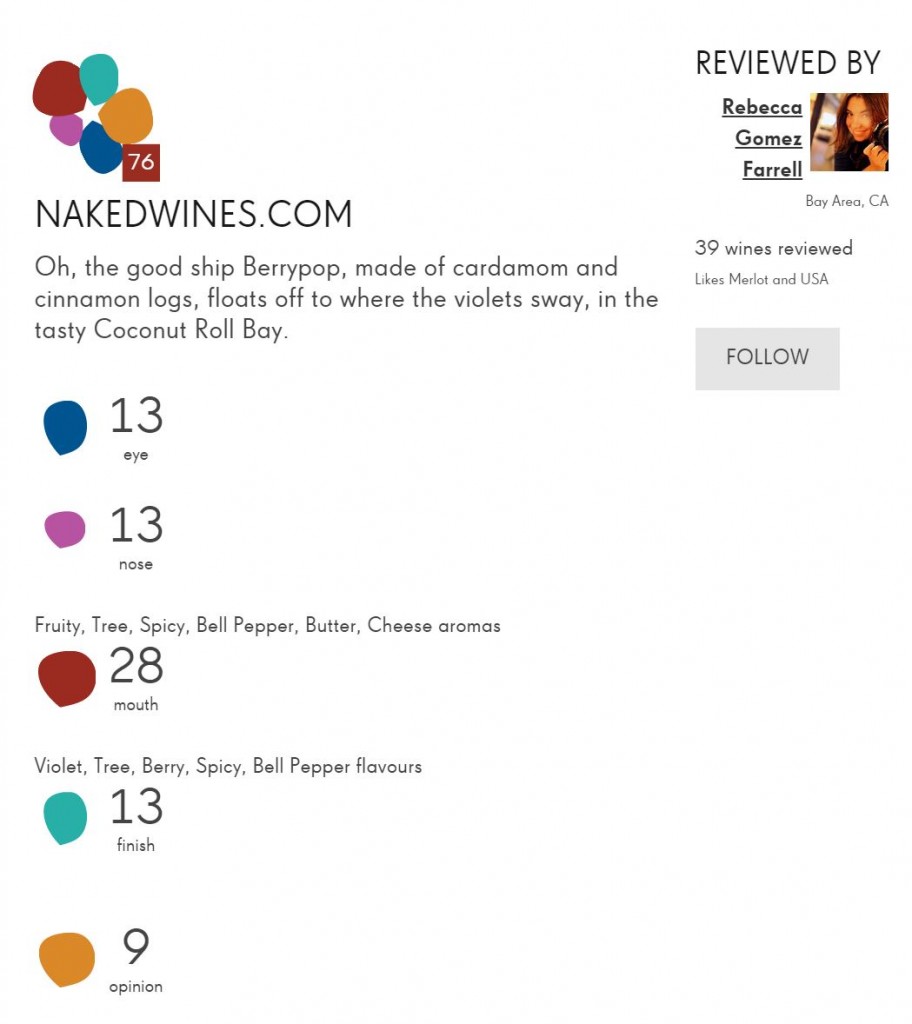 That 76/100 places it ahead of its rosé sister but not quite into my highest rank. It still earns an

I think it’s safe to say I like David Akiyoshi’s wines despite wanting more balance in this one. If you’re intrigued, you can purchase his 2013 Cabernet Sauvignon through NakedWines.Com by clicking this button. It’ll take you right to it:

It’s selling for $18.99 if you aren’t an Angel with NakedWines.Com, which is a fair deal. If you are an Angel, it’s an amazing deal at $10.99! To find out more about the NakedWines.Com Angels program, click here.

One thought on : Akiyoshi Cabernet Sauvignon 2013