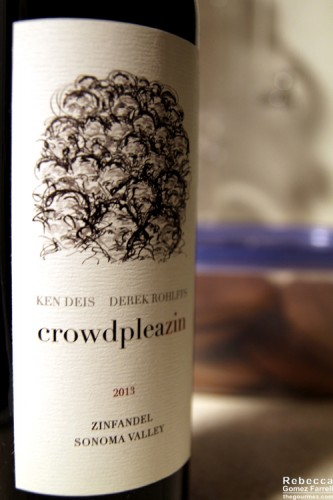 Crowdpleazin is a fantastic, affordable option from celebrated winemakers Ken Deis and Derek Rohlffs. It’s manufactured under the NakedWines.Com label, which I’ve talked about in the past, although it’s been a bit since my last review. I’m also an affiliate with NakedWines.Com for full disclosure purposes.

Being an affiliate doesn’t mean I’ve enjoyed every NakedWines.Com bottle I’ve tried. That said, Crowdpleazin is my favorite find thus far from the site.

I recommend airing this wine out for at least half an hour. Once you do that, it smells as delightful as it tastes. There’s Rainier cherry, but my main impression is of mulberry and juniper potpourri. I have an important point to make here though. You know that potpourri smells good, but perhaps you’ve tried, like I did as a child, to actually taste potpourri. Now THAT was nasty, wasn’t it? Well, Crowdpleazin tastes like everything wonderful that the smell of potpourri offers and that ill-advised munch you attempted years ago failed to deliver on. If potpourri were edible and delicious, Crowdpleazin would be its embodiment. 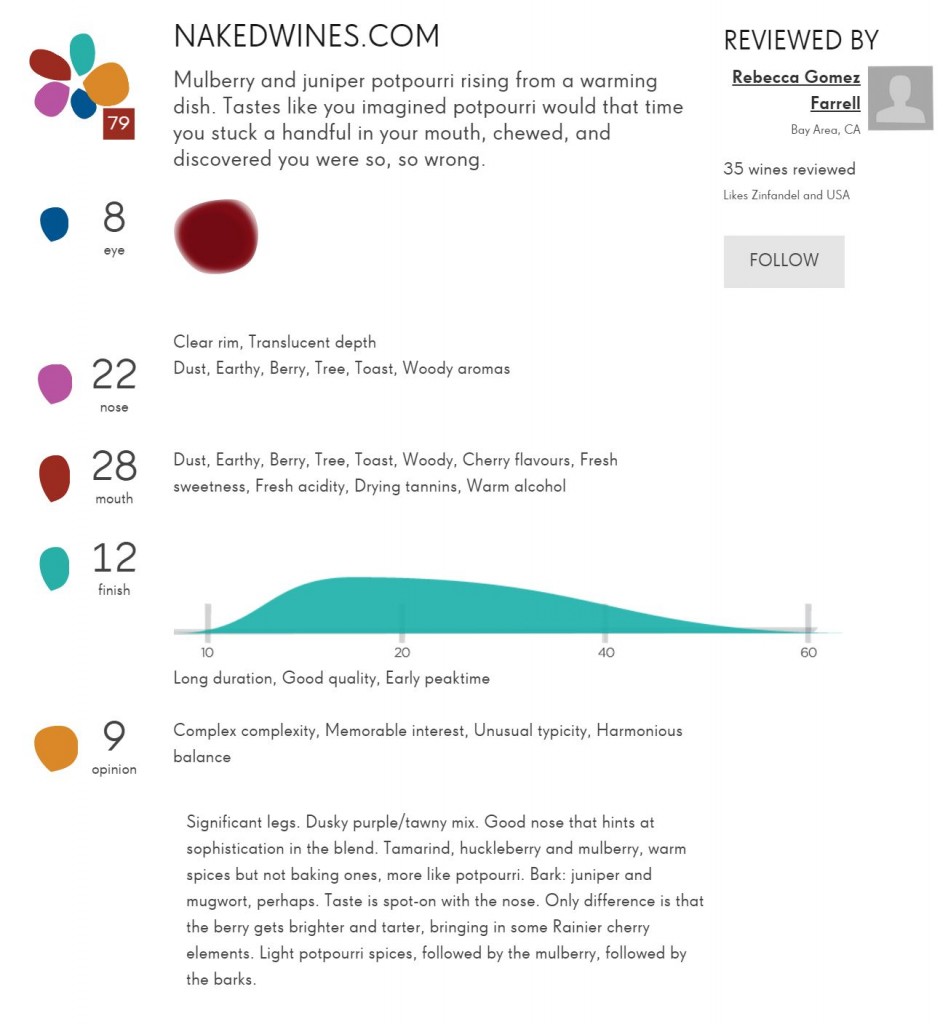 That 79/100 is just enough to earn this wine my highest ranking:

And just a reminder that if you decide to join NakedWines.Com Angels’ program, you can do that through this link here (Click me!). What’s the Angels program? Read all about it at this other link here: (Click me!)

And now for other winos’ thoughts:

As with all wines from nakedwines.com, it was a very good wine for the low price point. It is a good value and everyone enjoyed it.

It improved significantly with aging. We let it breathe for at least an hour the first night, and it was even better after a day or two in the fridge. Spicy, but not too bold. Slightly dry. Beautiful ruby color. Fruit forward.

*swoon* I liked last year’s vintage, but I love this year’s vintage! Aerate or decant to avoid the hot alcohol taste from this young wine.I always smell the cork after uncorking a wine. I knew this would be delicious, based on the scent. The taste reminds me of dark chocolate-covered blueberries and pomegranate seeds and a hint of spice which is accentuated by food pairings. It’s drier and more full-bodied than last year’s vintage. I enjoyed this both with saucy, meaty pizza and Bellavitano chai cheese. I also licked the last drops off the mouth of my aerator which I have never done before. Ken & Derek are amazing winemakers and combine their talents perfectly with this wine!