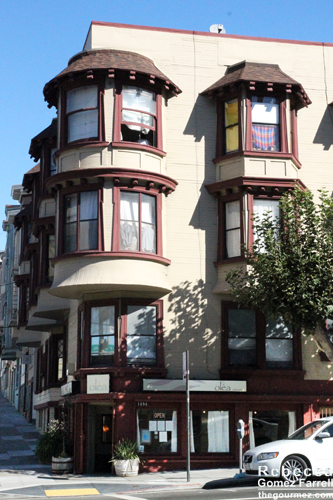 I met a friend at Olea at 10:15 on a Friday morning, and I was surprised it was nearly empty. I didn’t think that happened anywhere in San Francisco! Perhaps brunch is only popular on the weekends. The restaurant was charming, reminding me of a small country kitchen.  My friend was delighted they offer coffee by the French press. We shared one during the meal, and the Blue Bottle roast did not disappoint. Espresso drinks are also available.

I decided to spare my stomach and ordered the menu item that comes with a half option, meaning I knew the full would be far too much, and that I’d likely eat it all anyway if it was any good. 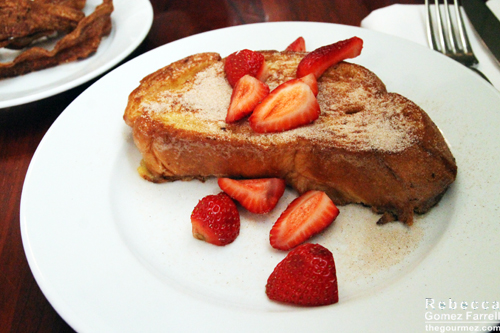 That’s the half-order of challah custard toast with strawberries and cinnamon-sugar from Korintiji in Indonesia. One bite in and I was thrilled. Whatever soaking process they use managed to preserve enough dryness to create toasty edges while the inside yielded a lush, creamy texture. Any untransformed bread bites were appealing airy. The toppings could have been more inspired, but I enjoyed every bite.

I also ordered the half-portion because I wanted a side of bacon, which at $4.25 is the only truly overpriced option on the menu. 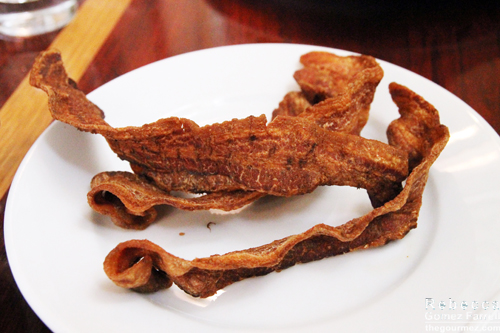 I assume the bacon comes from pigs treated humanely for that price, but I did not ask to clarify. Love that the bacon was evenly cooked, but I also found it to be overcooked. It was leaps and bounds better than griddle-fried bacon and the loads of grease that comes with that, but I like it a few degrees shy of full crunch, and this was crumble-to-pieces crunchy. Have no fear, I ate all my bacon happily, but I fear I missed out on what its flavor could truly be.

My friend’s dish, the cazuela, was the true winner of the meal. 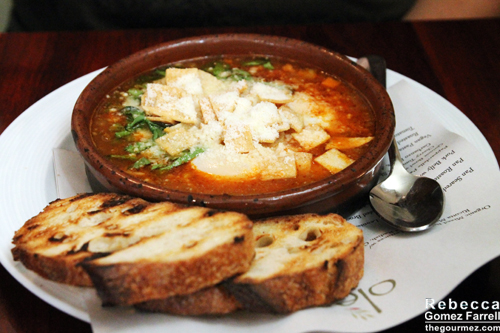 That cast-iron pan contained a rich stew of bacon, pork, garbanzo beans, spinach, parmesan, tomatillo sauce, and two eggs cooked right to the edge of runny.  My friend could not stop praising its savoriness. My one bite was enough to confirm her opinion. It was stew done well, with each ingredient lending the others its best properties.

Despite our disagreement over how cooked bacon should be, I would not hesitate to return to Olea. It’s a great space with a chef who’s adventurous yet refined and a kitchen staff skilled enough to pull those dishes off.

One thought on : Olea