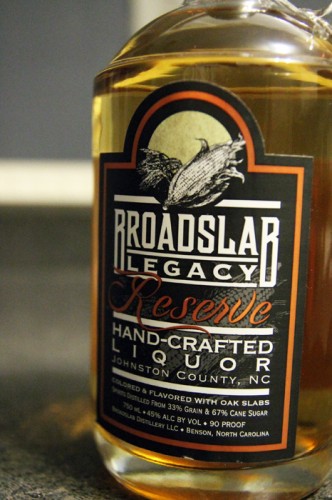 This Broadslab liquor comes from a legacy of moonshiners according to the label. It’s corn heavy for a whiskey, but that moonshine history likely plays into that. Yellow corn is the coloring and it smells like corn, too, which either means that corn dominates its flavor profile or I’m not imaginative today. It also smells of root-vegetable starch or corn that has sat around for a while—which it has, ageing in charred oak barrels. 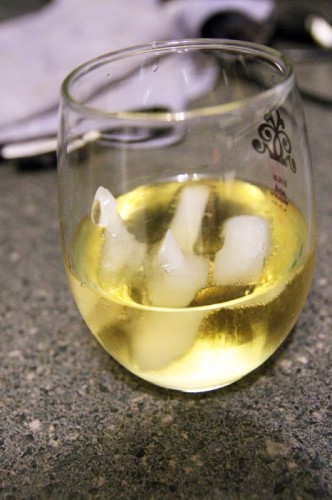 That picture has rocks added, obviously. Its taste is by the book for a whiskey, by which I mean it’s both tasty and lacking in anything particularly unique. I want to call what I taste caramel corn, but it’s closer to buttered popcorn that’s stayed a bit too long in the popper—believe me, I know of what I speak. I used to work in a movie theater, and you haven’t lived until you’ve had popcorn smothered in nacho cheese when you’re a broke college student on a break. I don’t mean that snack is good, just that it’s something to experience.

Add in some pepper and stale popcorn hits the mark as a descriptor. There’s definitely a spice kick on the backwash. I know stale popcorn doesn’t sound appealing, but I honestly don’t think this is a bad whiskey. It’s plenty smooth and flavorful, but it doesn’t stand out for me.

I didn’t find any other blogger reviews, but the News and Observer has a nice roundup of opinions from a few North Carolina bartenders along with their thoughts on a range of North Carolina distilled spirits. They couldn’t detect much difference between the aged Legacy Reserve and Broadslab’s white whiskey, the Shine, but they found the latter to have “strong citrus and sweetness upfront. It tasted authentic, like ‘moonshine off the back of a truck.'”