Kinston, NC Blogging: An Afternoon by the Neuse River

Kinston, NC Blogging: An Afternoon by the Neuse River 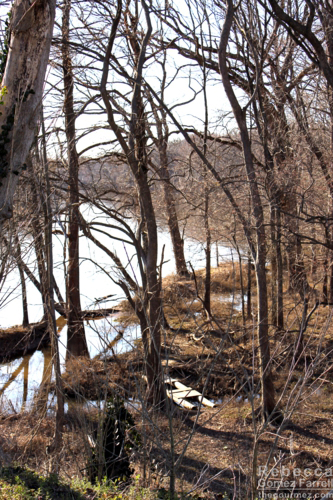 Occasionally (often), I get a craving to head out of town and end up somewhere I’ve never been before. Some may say that relates to the cabin fever of working at home, but as I’ve always been this way, I attribute it to my wanderlust. I should put together a wanderlusters support group at some point. The only problem is that I don’t want a cure—we’d just travel together.

My most recent day trip was to Kinston, NC, two hours away from Durham, my present hometown. Part of the reason I picked it was because the Chef & the Farmer is located there. It’s garnered some of the best acclaim I’ve heard in NC over the past couple years, and their owner and chef, Vivian Howard, created some of the most memorable dishes from the East Meets West dinner at TerraVITA last fall. But the restaurant will get its own post.

The second reason I chose Kinston was because it has a lot of Ingress portals by the Neuse riverfront, Ingress being a Google game my husband is obsessed with. 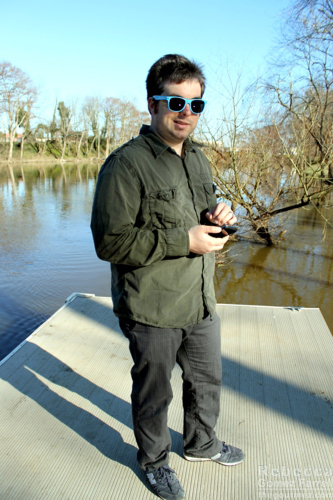 He gets to run around hacking into imaginary portals; I get to wander through places I’ve never been and journey through a digestive system. 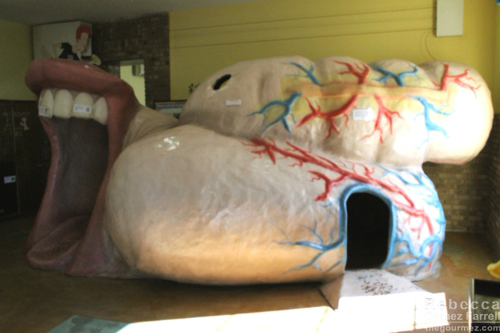 Yes, you read that right. At the Lenoir Memorial Hospital Health and Science Museum (401 W. Caswell St), located right by the river in the Neuseway Nature Park, is a giant digestive system of fiberglass. Let it be known that children are the primary targets for climbing through it, but I’m not one to let that stop me, not even in a skirt and high-heeled boots with a camera and messenger bag slung around my neck. 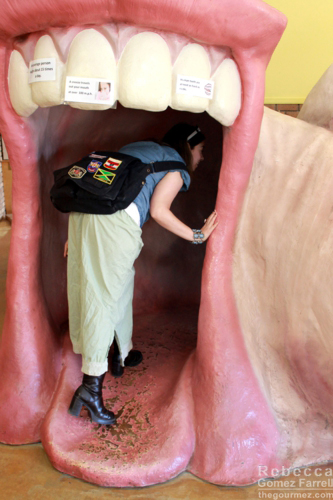 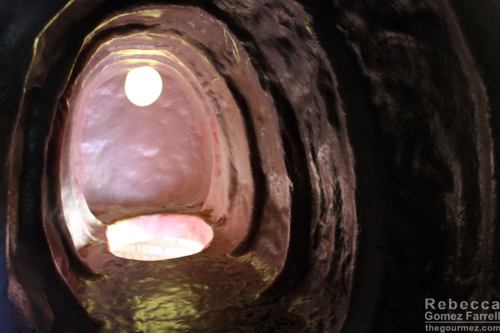 Deep in the bowels…

I probably should have let it stop me, because pulling myself through was a challenge! And yet I hurried on to crawl through the giant heart next. 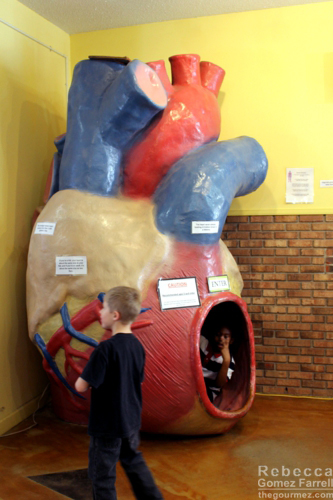 I welcome all challenges. 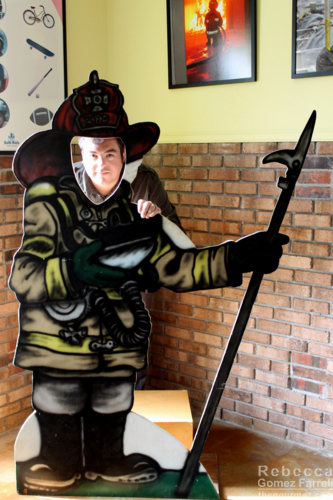 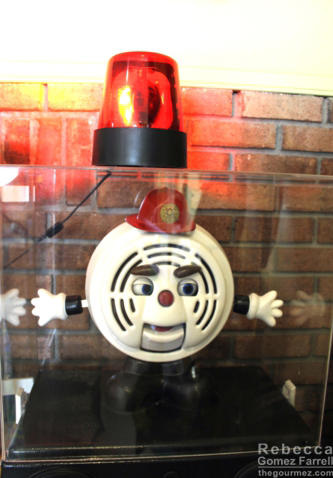 –and the universe, being as a planetarium is also on site. 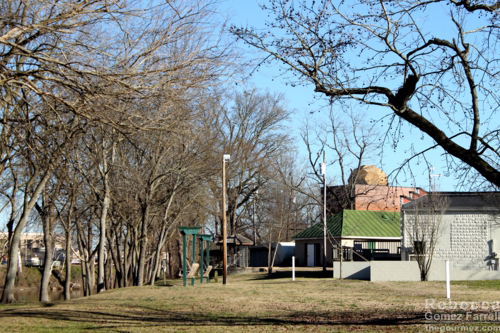 You can see the planetarium dome here. 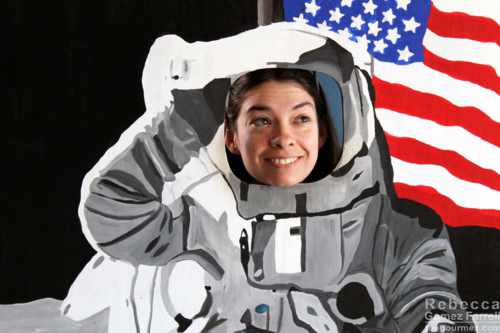 The giant Operation game was especially intriguing and pretty funny to see after crawling through a digestive system. 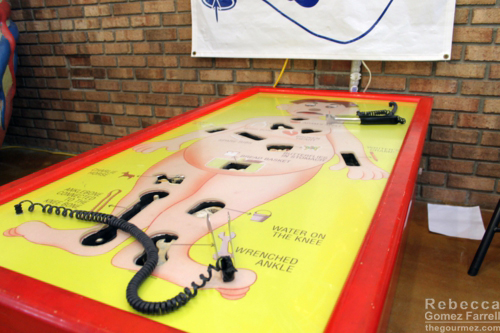 I mourned for the discarded puppets without a puppet show to put on. 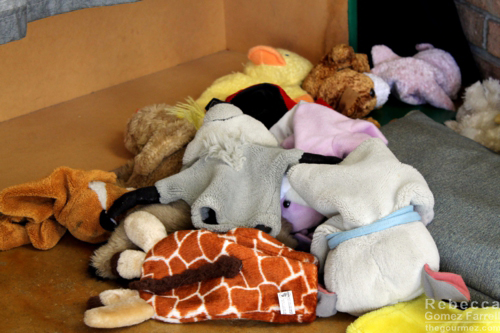 There is also a small railroad track in the Neuseway Nature Park that is closed seasonally but makes for intriguing pictures of shy animals nonetheless. 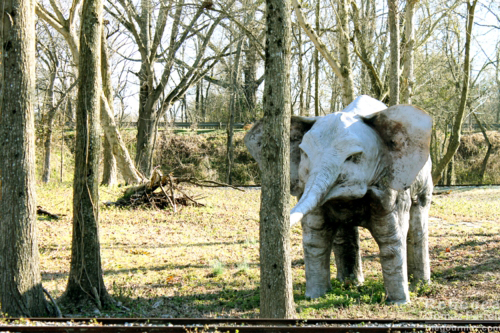 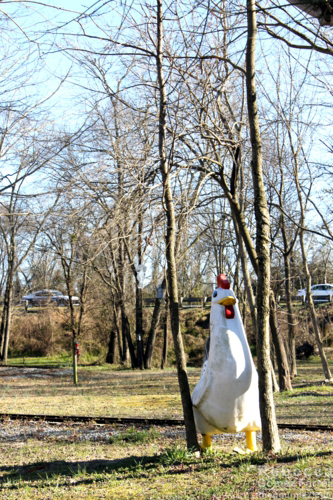 Just down the river, I was surprised to find some birds of prey on display. 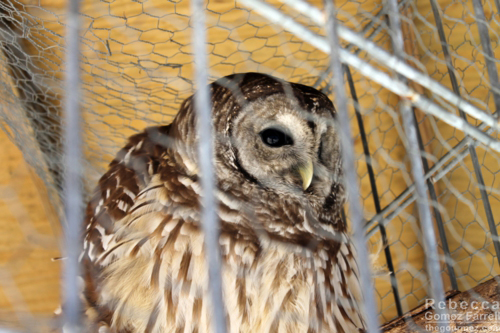 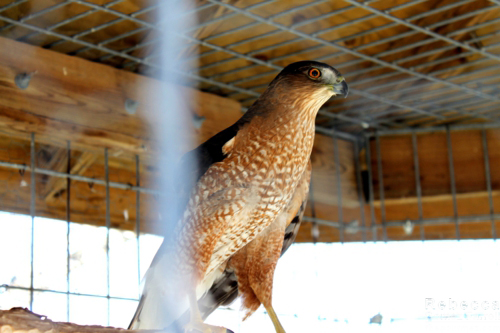 They didn’t look like happy raptors, but I’m sure the people of Kinston take good care of them. The birds were probably just as fed up with winter as I was (am). After walking a bit farther down the riverbank, our time at the park was complete. 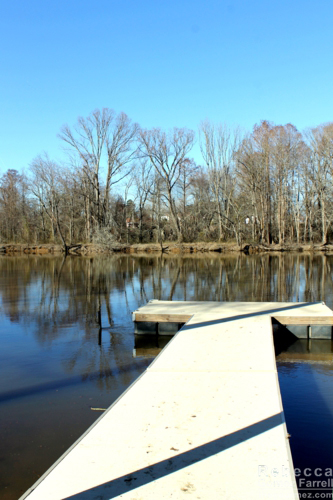 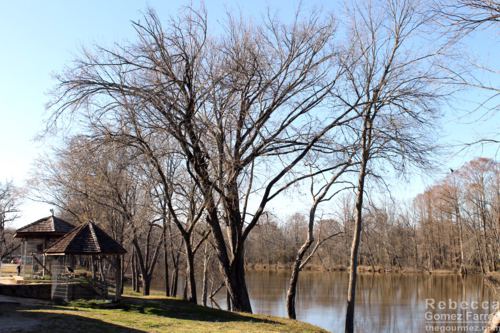 Only the train rides charge a fee, and there’s a campground on site if you’re interested in staying with the little ones for more fun. The best part of its location is that it’s easy walking distance to downtown Kinston, where we headed for the rest of the afternoon’s adventures. Next stop: the CSS Neuse reproduction vessel at the corner of Gordon and Hermitage. 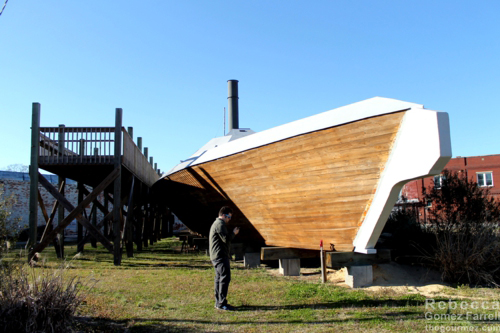 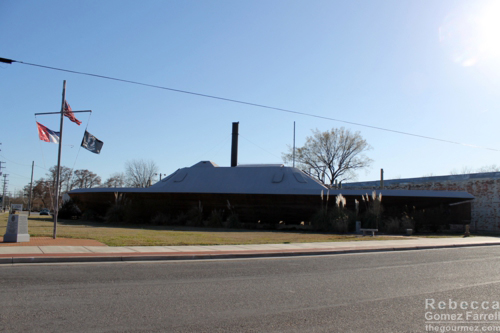 The CSS Neuse is an ironclad, Confederate gunboat used in the Civil War that ran into a sandbar pretty soon after its maiden voyage. The remains lingered in the river for a century then were brought onshore to attempt restoration, a project that took place over the next fifty years. Its remains are now housed in a museum downtown (2612 W. Vernon Ave.) that is opened on a limited basis presently and should open in full by this summer. 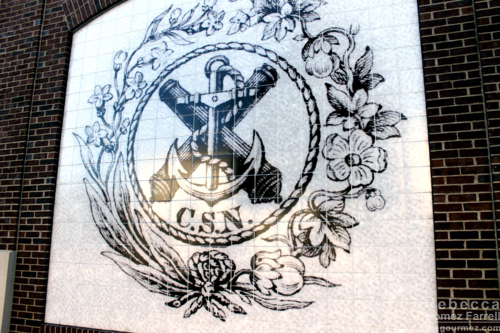 Personally, I was happy looking at the patterns on the reproduction. 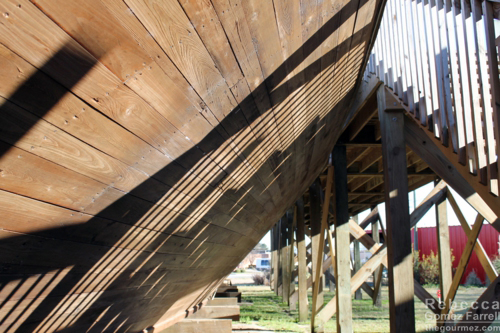 Then Ben led us through downtown in search of his portals, and I snapped at any buildings that intrigued me along the way. 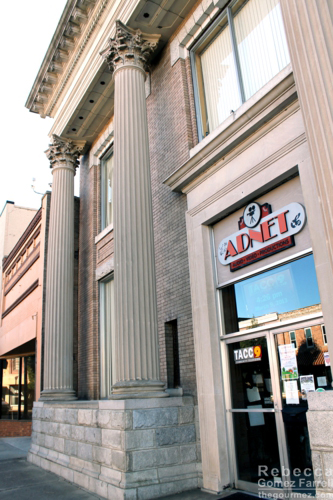 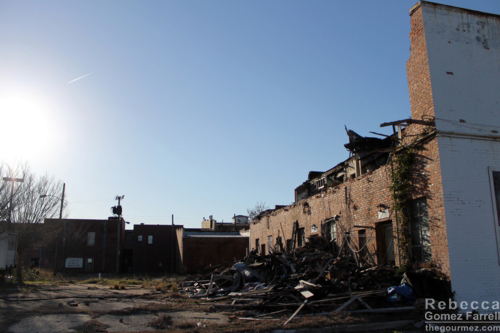 This burnt-out building was especially beautiful. I’m not being sarcastic. 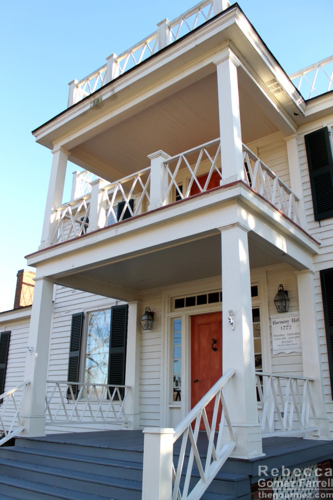 On a Saturday afternoon, downtown was mostly abandoned, but there’s a food scene that livens up as night falls. 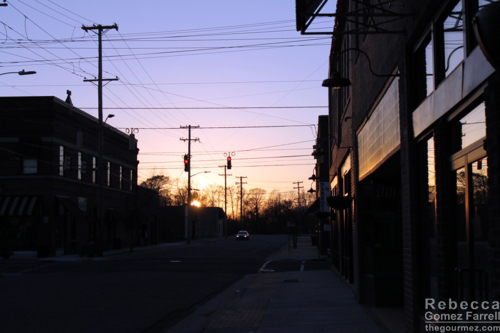 And as the sun set, we made our way to Mother Earth Brewing to pass some time before our Chef & the Farmer reservations.

It was a pleasant surprise to realize Mother Earth is located in Kinston, too! But more on that in the next Kinston blog…if you’d like more pictures from our afternoon stroll, click here.

6 thoughts on : Kinston, NC Blogging: An Afternoon by the Neuse River