Home / Bars and Tasting Rooms / Little Fŭk’ər at the Borough

Little Fŭk’ər at the Borough 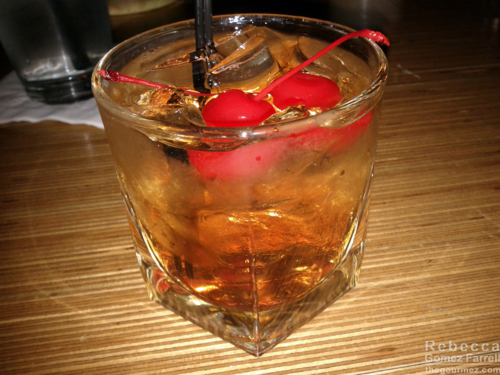 I’ve been to the Borough twice now, and I love it as a casual night spot to relax with slightly trussed up comfort food and a good drink list. This is my second time drinking the Little Fŭk’ər as well. It’s made with bourbon, red apple Schnapps, butterscotch Schnapps, and ginger ale. The presence of ginger ale or club soda in a cocktail’s ingredient list is usually a sign I’ll think it’s watered down, but that’s not the case with the Little Fŭk’ər. Instead, the soda makes the sweeter Schnapps participants less cloying. I swear I can taste cinnamon, but that may be the red apple flavor playing games with my mind. Regardless, it entices me from one sip to the next. There’s no unpleasant alcohol burn from the bourbon, and the butterscotch serves as an invisible unifier of the other elements.

This is a nicely blended drink; all the ingredients melt into each other beautifully.