Posted in : Announcements, Cocktail Recipes, Dining in Durham - NC, Restaurants on December 17, 2012 by : The Gourmez

For the month of December, you can order a cocktail of my very own creation at the Washington Duke Inn’s Fairview Dining Room and Bull Durham Bar. I won first place in their Blog Nog cocktail competition for my riff on a Terry’s chocolate orange. It’s that magical stocking stuffer we’ve all had on many Christmas mornings. Give it a whack, and the ball breaks into a million perfect slices of orange-flavored chocolate. My trivia team, Wrong Answers are Sexy, gets the credit for coming up with the theme of chocolate orange, and Tara Skelly in particular gets honors for being my taster.

The night of the winner unveiling, Durham Magazine posted a brief piece on my victory, from which I’m stealing this picture. 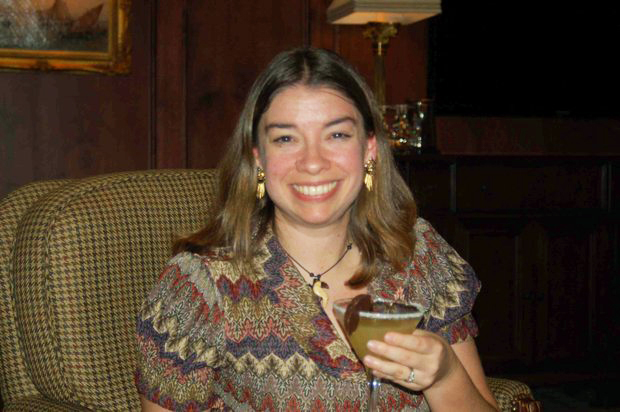 Me and my Frosty.

You can also watch the following video of bar manager Chris Thomas mixing up the concoction.

Better yet, give the drink a try straight from the expert hands of Washington Duke’s bartenders! It’s $10, and you’ll find these cute little table toppers there. 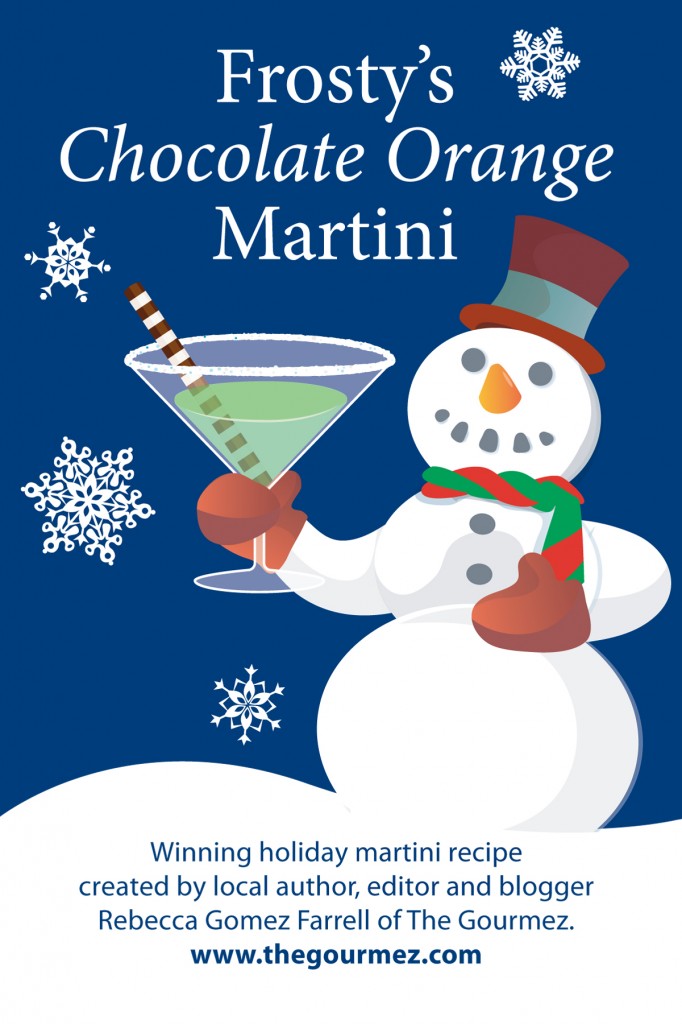 Enjoy! And tell me what you think.