Hello fellow food and travel lovers, I’m back! It’s been a few weeks without updates on the Gourmez, but I’m sure you managed to entertain yourselves with all those other awesome food bloggers in the Triangle or elsewhere on the Interwebs. I had a good trip to Washington, and I do have some photo blogs coming up for you on that, but first, we must dig into the fantastic weekend I just had at TerraVITA!

I’ve introduced you to TerraVITA before. It’s a food and beverage event in Chapel Hill that’s focused on biodynamic, organic, and local products and all of that important discussion about just what biodynamic, organic, and local even mean. I was a media participant this year, and I have so much material just recapping my adventures that you may be sick of hearing the name TerraVITA by the time I’m through. First up is the Media Farm Tour that took place last Thursday, November 1. Several other members of the food media and I hit up five different stops, driven around by the fearless Keith Minton, husband of Colleen who’s the amazing organizer of TerraVITA.

The day began bright and early at 8:30 am on the morning after Halloween. This is what I was doing the night before on Franklin Street— 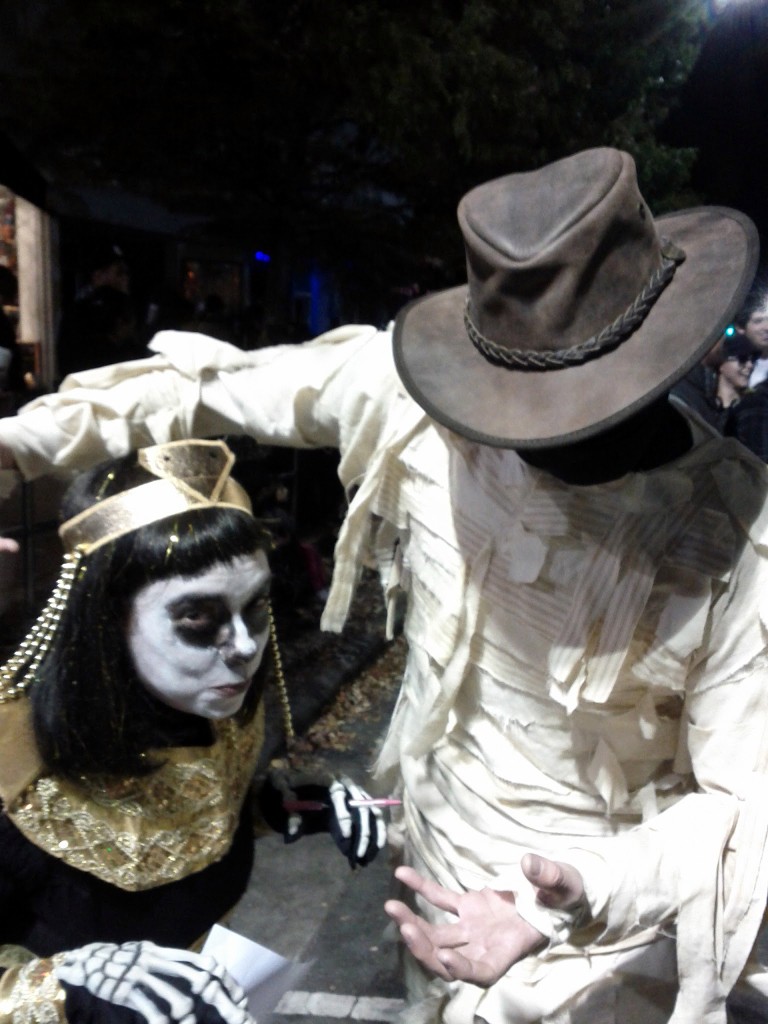 I'm not the mummy.

—so you can imagine I mean it when I say bright and early. Luckily, we started with breakfast and coffee at Southern Season in Chapel Hill. My twitter feed explodes whenever I mention Southern Season (@southernseason), so if you somehow don’t know it, then let me introduce you to this establishment focused on offering gourmet foods from around the world and the South. Larry Shaw, the CEO of Southern Season, gave us the 411 on the image and retail space revamping they’ve undergone in the past year since the store was sold by its original owner. 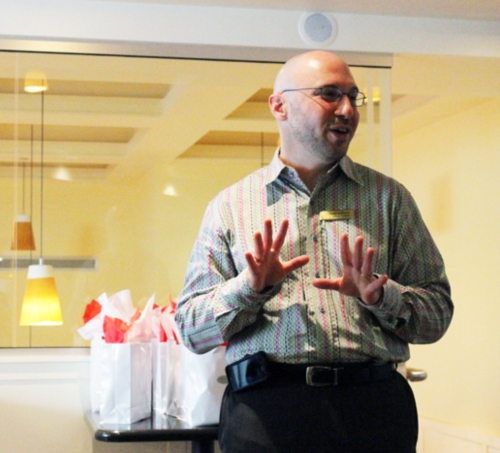 Their goal is to be at the forefront of style and taste in food and to move away from the gift baskets and catalogues that had become Southern Season’s focus in recent years. So the retail store no longer packs in as many products as possible in those old, unattractive, tall, wire shelving units and is now closer to a food experience with lots of spaces for sampling products, a renewed emphasis on fresh wares like the bakery and butcher cases, and even adding a coffee bar, ice cream parlor, and florist shop.

Debbie Suchoff led us on a tour of the store and its new additions. Debbie also happens to be mother to Sam Suchoff, owner of the Pig restaurant in Chapel Hill, which I still haven’t tried yet. This must be remedied! But onward with the tour. 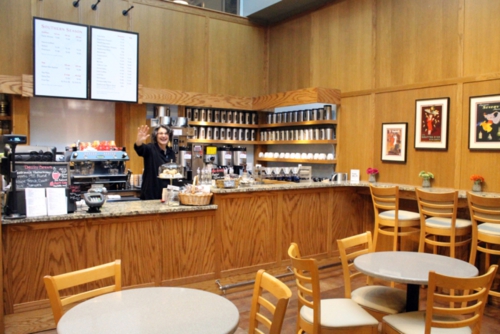 This coffee shop space is all new and part of their focus on creating smaller, intimate spots to experience their products in. 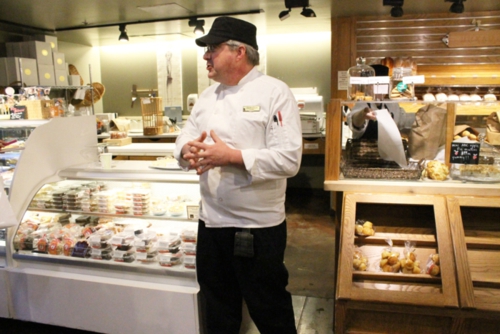 Jason guided us through the display cases for baked goods, cheeses, and meats, and they looked as tantalizing as ever. 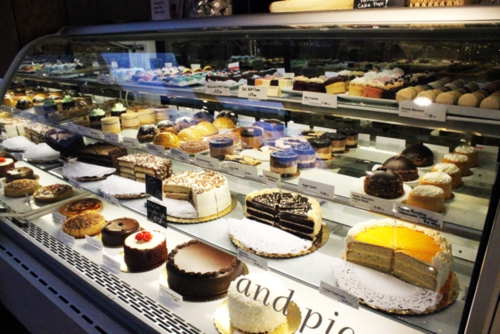 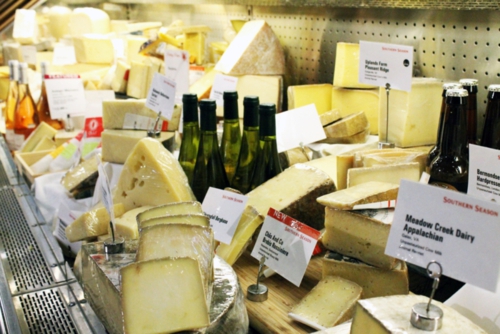 We sampled some excellent cave-aged gruyere. 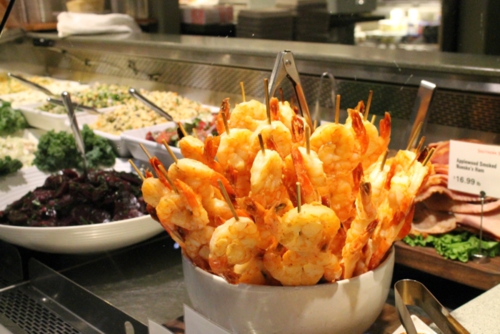 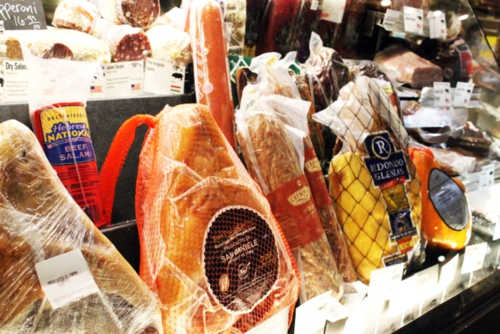 We also passed the demo kitchen for in-store cooking demonstrations. 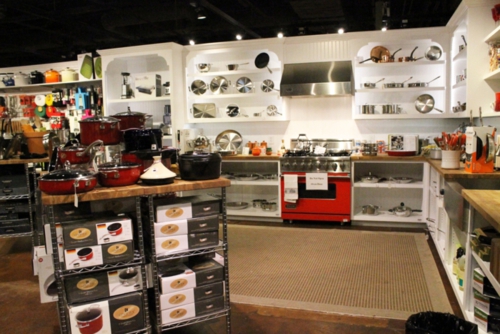 Southern Season’s cooking school is still going strong, and we took a peek in those upstairs facilities as well. 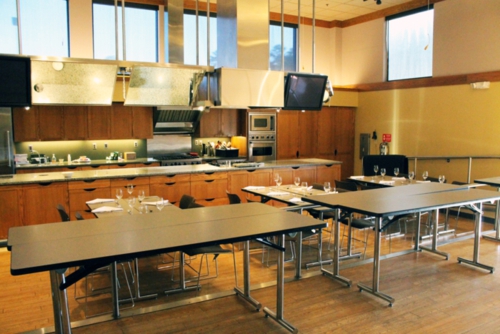 They are also available to rent for private cooking parties!

Who can resist the candy section? 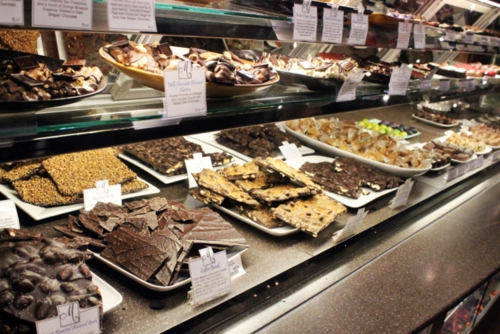 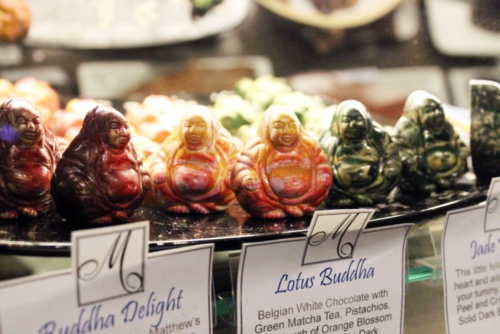 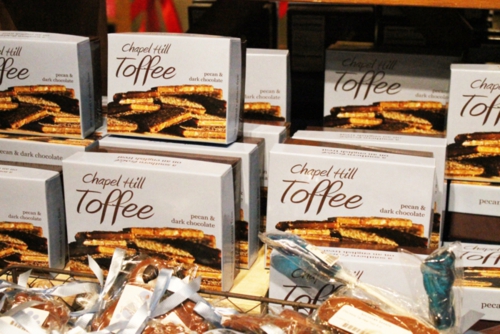 We sampled delicious toffee by this company. 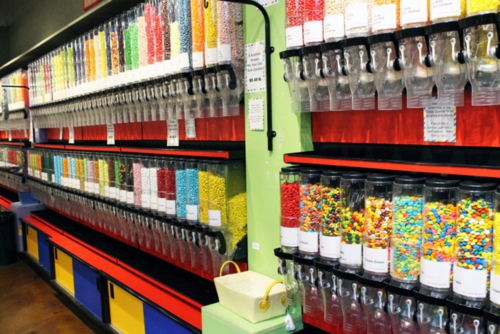 Southern Season still boasts one of the largest Jelly Belly displays in the South. 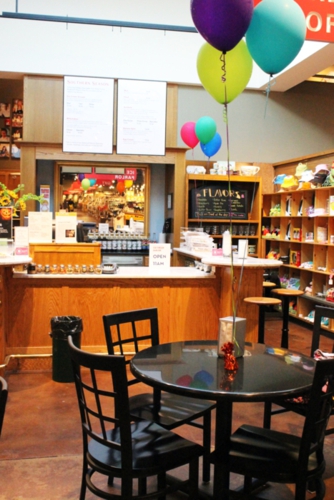 Southern Season still boasts one of the largest Jelly Belly displays in the South.

It features Lumpy’s ice cream, which I’ve had the good fortune of sampling before. 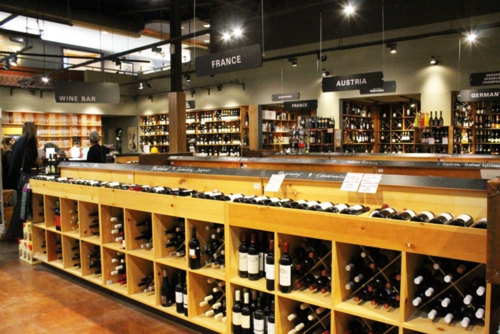 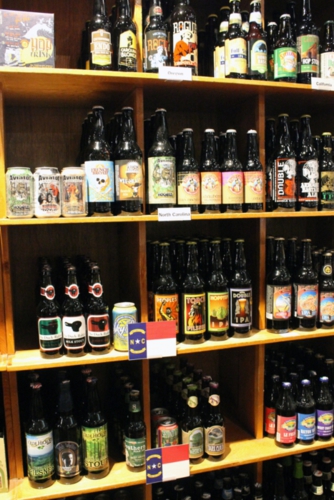 Then we swept past the primary sampling center, which is the place to be if you want to check out as many products in the store as you can. 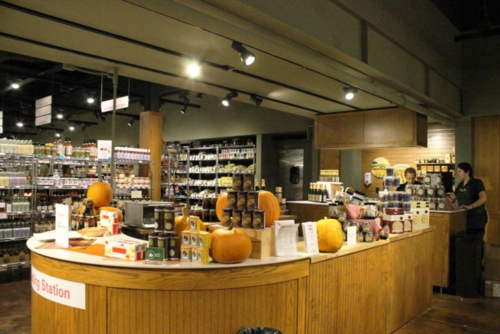 Larry let us know that you can sample ANY product in the store if you’d like. Just ask one of the salespeople for assistance. Additionally, they now feature all the products in the catalogue in the store as well.

I heartily approve of the floral shop addition. 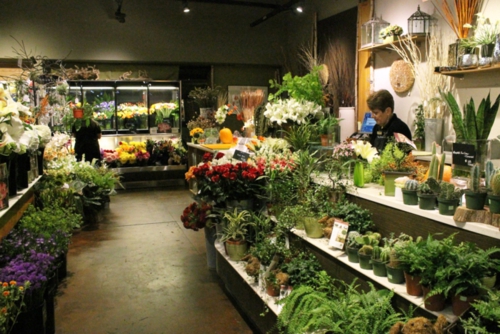 It makes for a fragrant, beautiful way to end a circuit of the store, and if I hadn’t been headed out to a day full of farm adventures, I would have certainly been suckered into buying a bouquet for home.

In case you couldn’t tell, I think the changes have made Southern Season more welcoming, inviting, and appealing of a store. It was already a great destination for foodies, but with all the new counters and sitting areas, you could easily make an afternoon of your retail trip. It’ll make Christmas shopping more relaxing, that’s for sure.

I’m also interested in their Fridays Uncorked events, which occur every Friday night and involve rotating varieties of wine to sample and appetizers for $15. For the celebrity chef fans, Curtis Stone will be on hand at the store on 11/15 at 11 am for a free event promoting his new cookbook and his line of cookware.

Next stop, which will be my next post, is Joe Van Gogh Coffee Roastery!