It’s been two years since my last update on hunting for the perfect trivia spot in our corner of the Triangle, and that’s because we thought we had found a winner at the West 94th Street Pub, conveniently located just down the road from my house. Their trivia was on Wednesday nights. 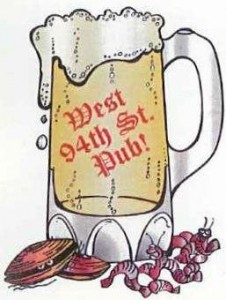 It had the right vibe with a funny, playful host and teams perfectly willing to take their wins and losses all in stride. The current events round was always great, and the random round that was often on an old television show was fun. But after around a year and a half of playing there, we decided that the concentration on sports and the name that tune round weren’t up our alley. We do have a great sports trivia player, but she can’t make it every week, and the rest of us are hopeless. The music round is certainly fun, but the music was often a bit too old to be in our memory ranges. Plus, there was a long wait between rounds, which is fun with friends and drinks, but not when people have early jobs the next morning as some of our teammates do.

So we moved on, deciding that Fullsteam would be our next try.

Fullsteam’s trivia is on Thursday nights at 9 pm. Now Fullsteam is a very popular location for trivia, and it wraps up in about an hour. The host is pleasant, and the trivia is a potpourri of topics, which is definitely more my style. There’s some audiovisual fun as well on occasion. But after three tries, we decided it wasn’t the venue for us, plus we wanted somewhere with a menu rather than solely food trucks. The other drawbacks were that it’s hard to hear the questions on the sound system, and if there’s bad weather, forget it! You aren’t hearing anything with rain on Fullsteam’s roof. But it also starts fairly late for those of us with regular jobs and regular hours (not me!). Onward we went! 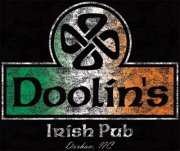 Doolin’s is a new edition to Durham, located in South Square in the same building as G2B. They host trivia on Tuesday nights at 9 pm. Their food is great, and it’s hard to beat the pint night prices during trivia–$3 for all local drafts. We only went once, so it’s hard to judge the trivia fairly. The host seemed to really enjoy the gig, but the trivia was so random that one of our regulars was annoyed she didn’t know a single question all night—she may be somewhat overcompetitive. But like at Fullsteam, the sound system meant you were straining to hear the questions, and that makes the trivia experience less pleasant in general, plus it starts pretty late. I would be willing to try it out again, though.

We found our current spot at the Carolina Alehouse off of 15-501 on Wednesdays at 8 pm. 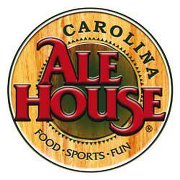 This trivia is run by DJ Trivia Carolina with Rick Good as the host. They have a Triangle-wide league you can compete in if that’s your thing, and they host trivia at a number of locations in the area. We are not consistent enough attendees to ever bother joining the league. The trivia is again more random in focus—you never know whether it’ll be science, history, music, literature, or sports, but chances are something in every category will come up eventually. There are four rounds with answers turned in for every question and a double-down or nothing question at the end of each round. Now, if you know my trivia preferences, you know I don’t like betting—I think you should win because you know the answers not because you can best hedge your bets! But this betting is okay with me because you can abstain and not risk anything for the question if you aren’t sure about it. Most importantly for our team, the whole show only takes about an hour, maybe a little more, and the restaurant has a full menu. Now I wouldn’t say Carolina Alehouse has the best food, but there are plenty of options to choose from. And Wednesday nights are also pint nights at $3 each, though the local options aren’t vast.

So we’ve been relatively happy at the Carolina Alehouse the last few weeks, but luckily for us, this trivia hunt has ended up going full circle. Turns out that DJ Trivia Carolina will be taking over hosting duties for the West 94th St. Pub on 8/2 at 8 pm, and we’ll be able to play right down the road again with a crowd and food we prefer! Now if we can just come up with a good name for our team! Also, there is not really a limit on team members with this trivia group, so if you are looking for a new team . . . comment below!