b. a. b. c.
Revolution, Downtown Durham
Restaurant Review
$9 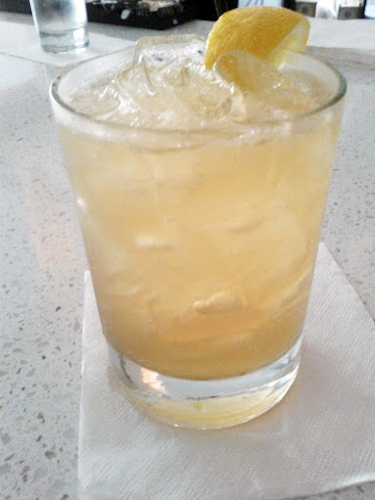 The b. a. b. c. is a delicious cocktail made by the talented folks over at Revolution. Many people love their drink list, but it’s been hit and miss for me. File the b. a. b. c. under hit. It’s made with bourbon, mole bitters, Cointreau, lemon juice, and ginger beer.

The two most prominent elements were definitely bourbon and ginger beer, and that ginger tanginess cut through the bourbon effectively. This further cements my opinion that bartenders should give up on soda water or club soda and just use ginger beer instead—it brings so much more to the carbonated table. The Cointreau smoothed the cocktail’s edges. I can’t say I tasted the mole of the bitters, but the bitterness provided the perfect underlying element to brighten the other flavors in contrast. It’s well worth ordering.