My most recent vacation was a long weekend spent in Minneapolis, MN, and . . . it was pretty awesome. I have driven through the southern portion of middle America, but I had never actually been there for a vacation before—yes, that means I’ve been bi-coastal only. I couldn’t have ended up with a better place for my first middle America experience.

Day 1, Ben and I flew out, hopped on the light rail, called the Hiawatha Line, and headed downtown to our hotel. With bags dropped off, my sightseeing began! 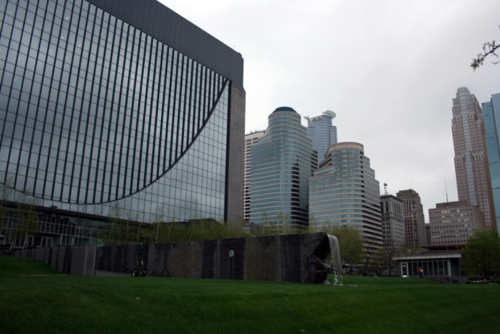 Every time I’m in a big city, I’m amazed by how much I simply love them. Yes, countrysides are beautiful, but there’s just something about masses of humans living together that appeals to me, and they all have a different pulse. Plus, when the architecture is as pretty as it is in Minneapolis, it’s a feast for my eyes. In this city, the different colors and shapes and sizes of glass siding were gorgeous. However, before I could snap more photos, food was in order! We strolled down the Nicollet Mall, a former pedestrian mall much like Fayetteville Street in Raleigh, and stopped in at the News Room. 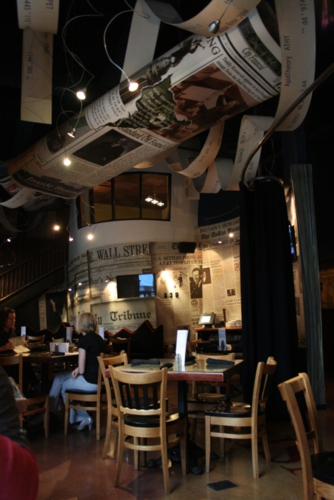 It had a very fun design, mainly of giant newspapers with historically important headlines. The food menu was great, and I must give them props for roasting their own coffee beans. Restaurants with good coffee are so hard to find. 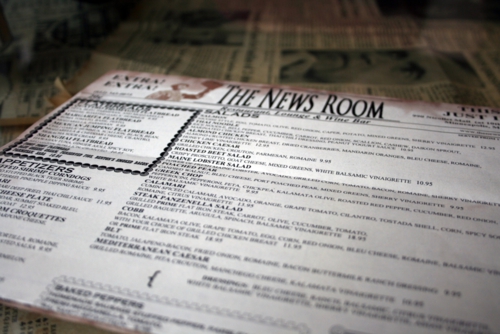 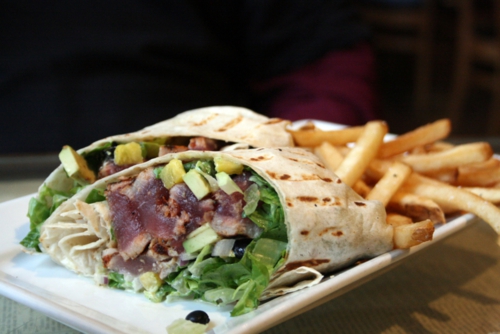 Ben had the spicy tuna wrap (cumin-grilled tuna, jalapeno ranch dressing), which he thought was very good. I went for an American waygu kobe burger, which you customize however you want for toppings. I went with grilled onions, wilted spinach, roasted red peppers, swiss, and jalapenos. 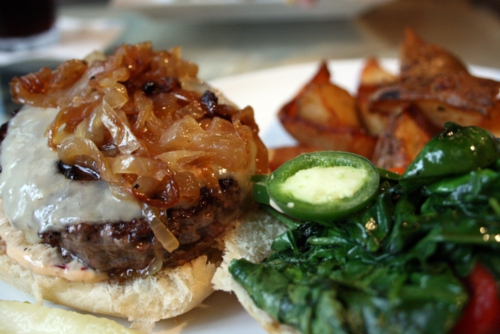 I made a grave mistake in toppings by ordering too many moist ones, making for a burger that was very drippy—I don’t like drippy burgers. The meat was tasty, though! I enjoyed having hash browns rather than fries as an option, too. On the way out, I had to snap a picture of the pirate bar. 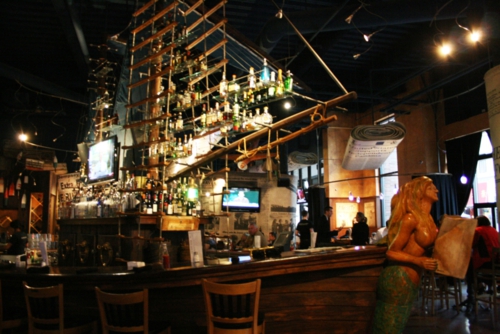 I left Ben at his conference and continued my sightseeing. The Peavey Plaza is an intriguing area right outside of the orchestra hall. I’m guessing there’s water flowing over parts of it in warm weather. 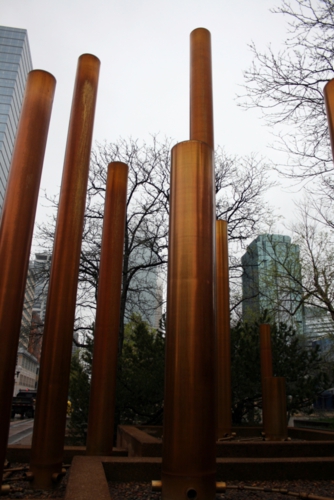 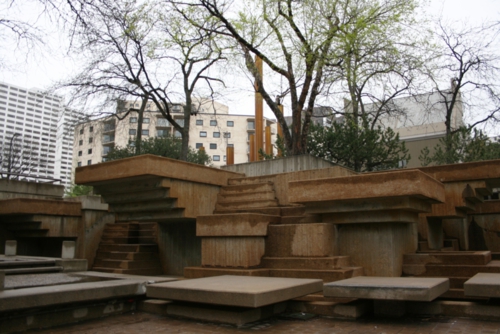 I always enjoy murals and graffiti, so this one made me smile as I made my way toward Hennepin Avenue. 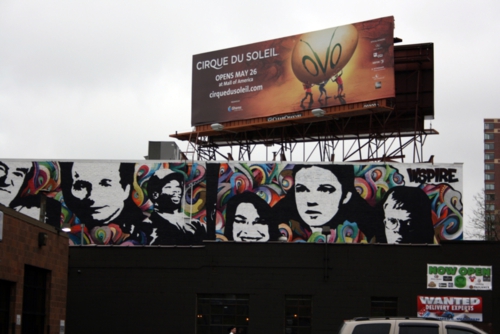 Hennepin appears to be a destination for nightlife and theater, and if I’m back in Minneapolis for this conference next year, I’m totally hitting up a show. 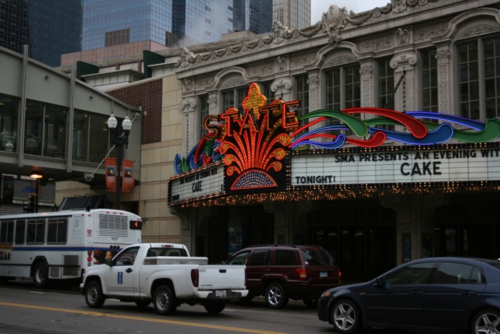 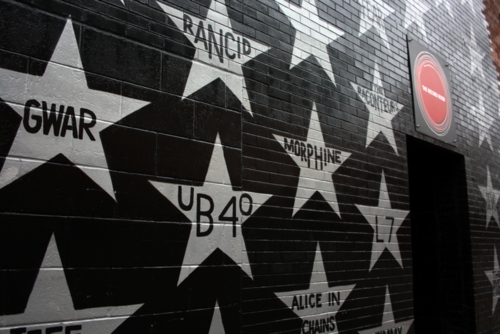 I followed a nice pathway veering off of 7th Street (hooray, grid patterned-streets!) and found myself at the Target Center, home of the Minnesota Twins. 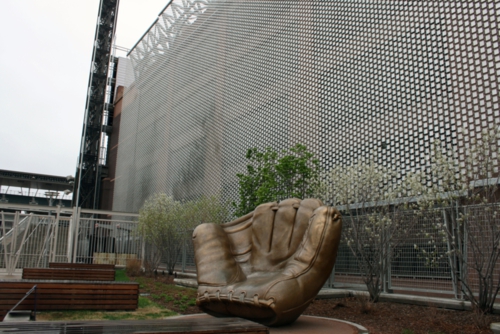 A shimmer wall similar to Raleigh’s decorates the side of the stadium. 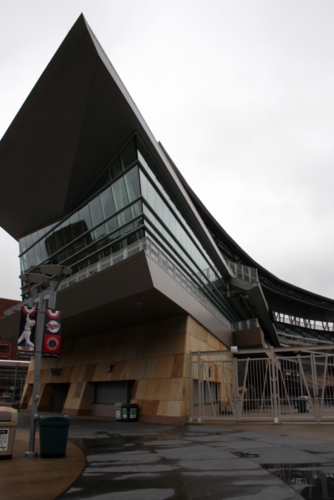 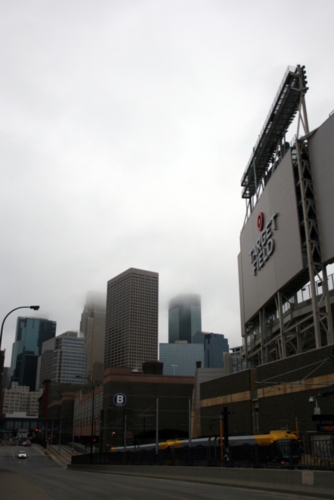 Coming up the other side of the stadium.

At this point, I decided it was time to take a break and made my way back to the hotel, passing the gorgeous library building on the way. 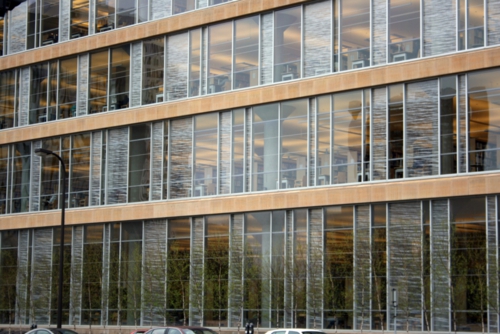 I also happened upon the Hennepin Avenue Bridge, so I simply had to saunter onto it to get my first views of the Mississippi ever. 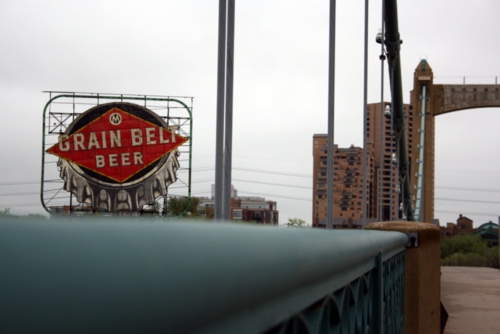 Minnesotans have their priorities right. 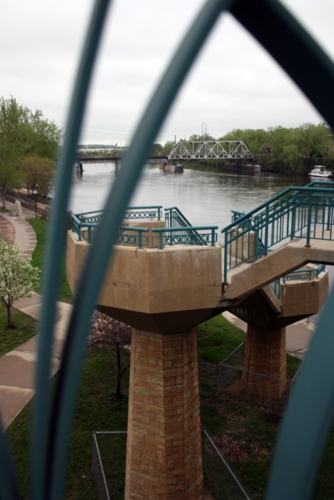 The Mighty Mississippi—not so mighty here as it presently is much further south.

I finally made it back to the hotel, which is pretty awesome and worth some photos of its own. We stayed at the Depot Renaissance Hotel, a repurposed, former railroad station for the Milwaukee line that stretched to the Pacific in days past. 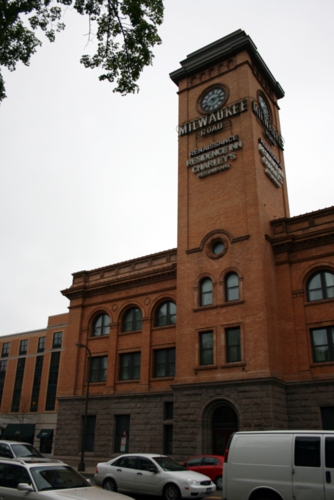 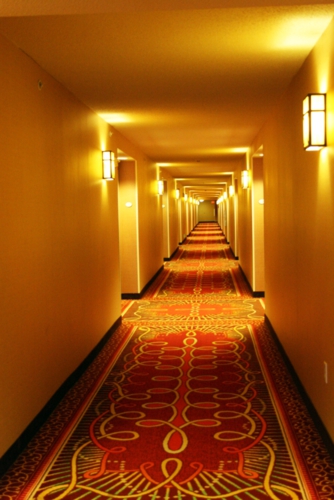 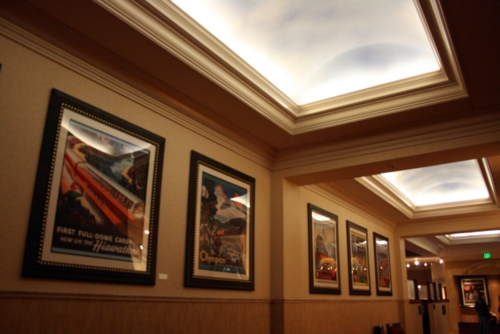 I’m a sucker for fake skies. There were some great, white sculptures of former passengers and station workers through the facility, which also features a wonderful, elegant bar called the Stone Arch Bar and Charley’s Grill, the restaurant I did not try out. There are huge spaces for private party rentals in what used to be the station’s grand lobby, too. Apparently, the Depot also houses a water park in warm weather and an ice rink in winter. 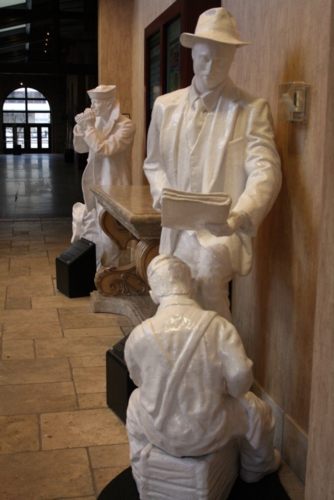 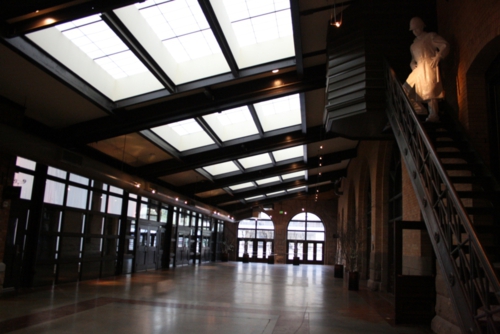 I highly recommend it! It’s also just a few short blocks to the riverfront and to the top of the Nicollet Mall. After a respite at the Dunn Brothers coffee shop next door (great Italian cappuccinos!), sightseeing continued as I set out to join Ben and his friends for dinner. 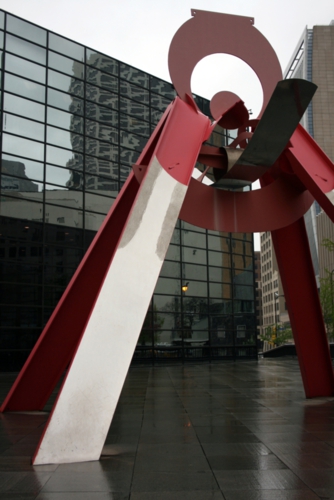 No clue what this statue was going for, but hey, red! 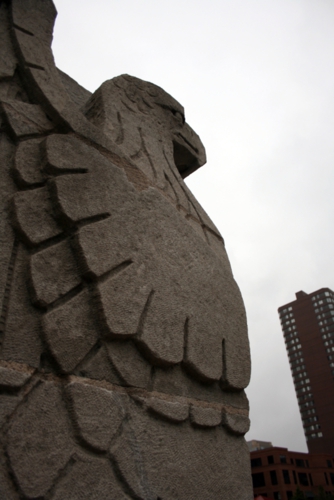 Now this eagle and its brother across the way stand at the southern edge of the Nicollet Mall, across from the present convention center. I believe they used to stand in the old town hall at the same site. There was a historical marker with a description of the slogan the eagles used to bear—something beautiful about civic duty—but I can’t find it online to share with you. Oh well, onward to dinner! 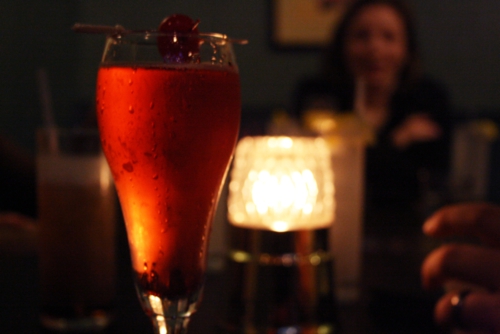 That was a lovely champagne spritzer, which was the only notable thing about dinner at Ichiban steakhouse. Afterward, I went off in search of Loring Park and the Walker Art Center (amazing!) . . . but those will wait for the next blog. 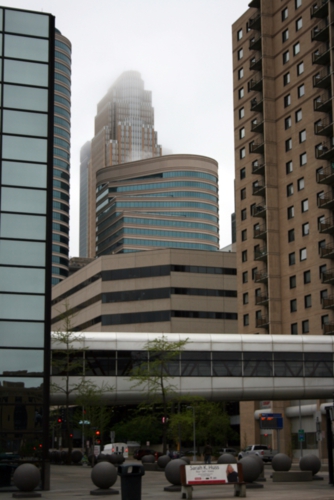 Until the next blog, Minneapolis!