When my family was in town at the end of March, we headed down to Wilmington so my stepfather could meet his North Carolinian relatives for the first time – pretty awesome, right? This photo blog isn’t about that, though. Instead, it’s just some pictures from the beach on that cold, yet beautiful Saturday that I feel like sharing with you. So here we go! 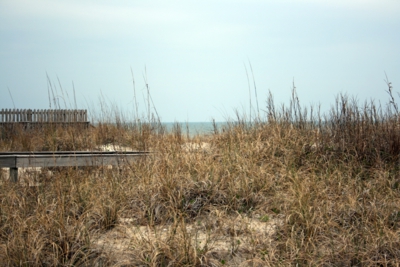 Walking toward the sand 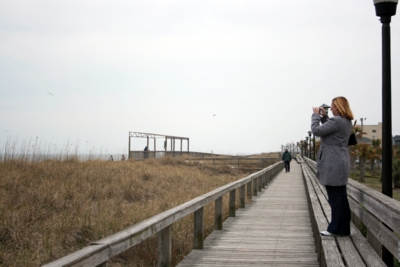 My sister taking a picture of the Atlantic. We’re Pacific girls, you see. 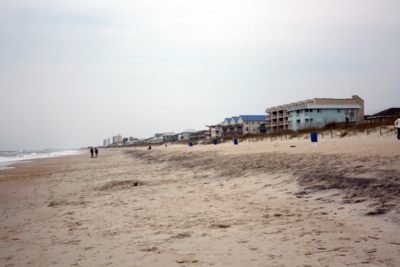 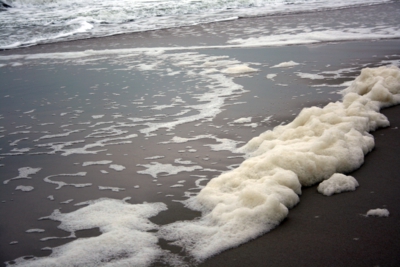 Lots of sea foam! Did someone let detergent get in the water? 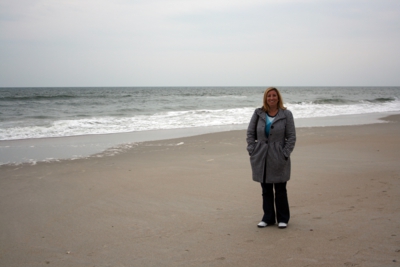 My sister and the Atlantic. 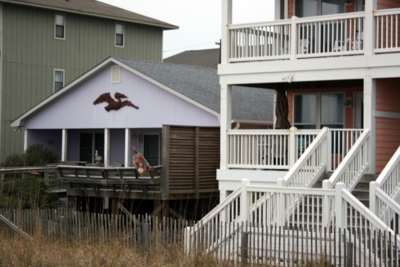 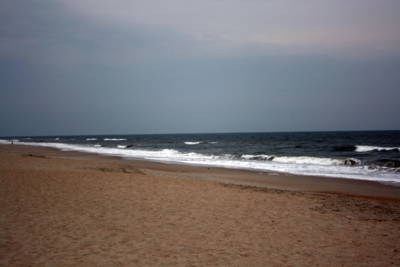 One last shot of the ocean before it was time to stroll the neighborhood instead. 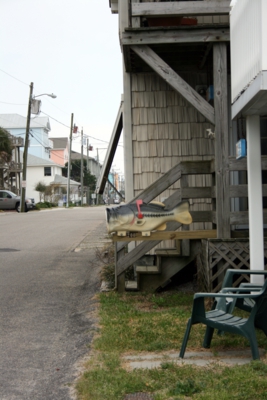 Oh yes, I want that mailbox. Seriously, it’d be awesome. 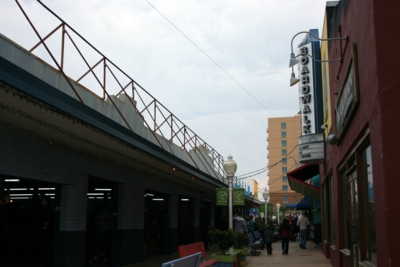 There’s a boardwalk! Who knew? Okay, most of your probably did, but I did not. The Santa Cruz Boardwalk has is beat by leaps and bounds, however. 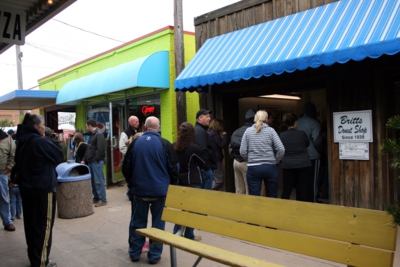 Britts Donut Shop is apparently a treasured, historic donut shop. It just reopened the weekend we were there, but man, that was a long line. I don’t like donuts, so we did not brave it. 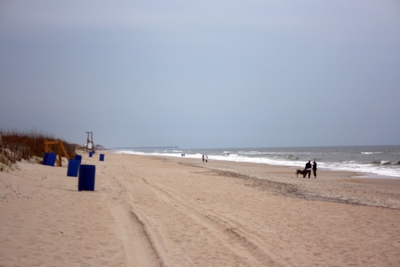 Oh, Ocean, how long until we meet again?