I was invited to my second Yelp open party this past Friday night (5/6). This one was hosted by the Crabtree Tavern, a huge sports bar type of restaurant that’s across a bridge from the Crabtree Valley Mall. The theme of this Yelp extravaganza was Mathletes vs. Athletes, which I’m pretty sure was just an excuse for partiers to either dress up as sports fans or geeks. 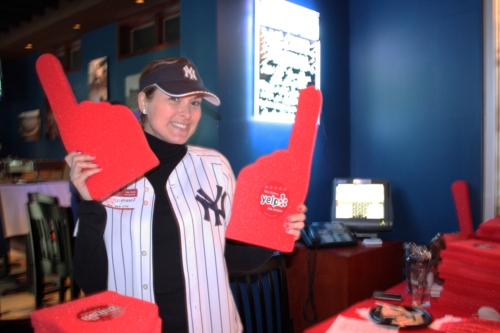 As with any Yelp party, there were multitudes of entertainment options. Carnival games were the main ones this evening. Mr. Gourmez and I played several rounds of hoops, followed by cornhole with some lovely Yelpers who were happy to make up rules with us for playing the game.  The Chief-Carnie-in-Charge doled out prizes at the mere mention of “I won!” 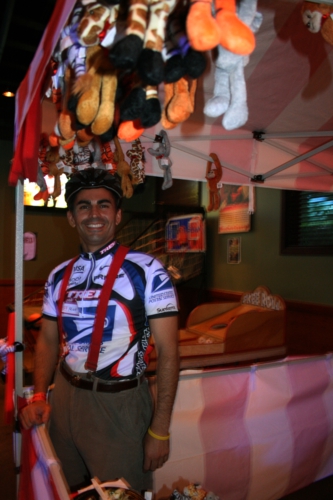 This left us with more small zebra toys than we know what to do with. Such are the risks of talking with a carnie. Alas, we never got over to the mini-golf putter, but we did attempt the wooden skee ball game. 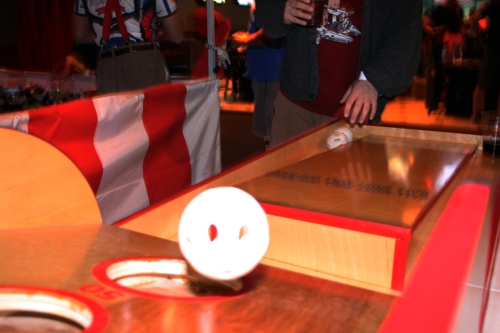 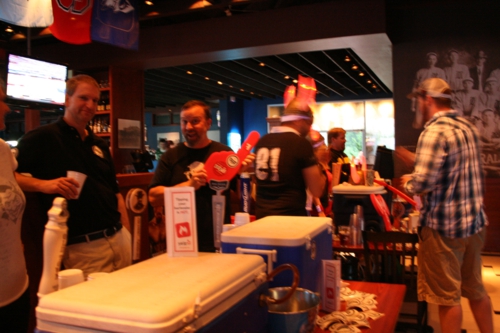 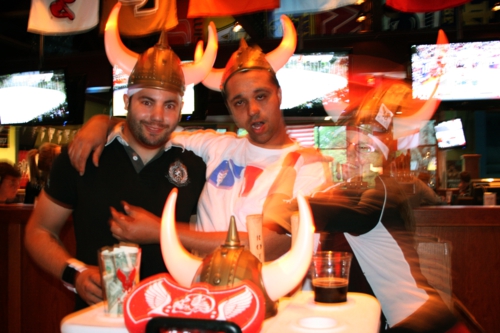 Why there were Vikings serving up the beers, I’ll never know, but I’m rather jealous of those shiny hats.  And also, I think I caught a Viking ghost on film.

Of course, I couldn’t go to a Yelp party without taking pictures of the food—you’d start questioning my blogging credentials, I’m sure (I’m less sure of what might qualify as my blogging credentials). Crabtree Tavern prepared a nice spread of appetizers, which were a great introduction to their American fare with a tendency toward the spicy and Southern side of the palate. 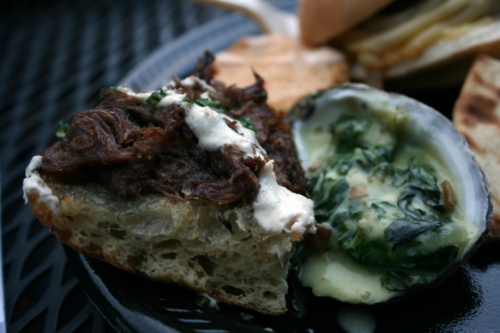 Those short rib crostini were my favorite of the evening, in large part because the bread reminded me of Santa Maria style garlic bread, arguably the best thing to be found in Santa Maria. Yes, yes, many of you would vote for the tri tip, I’m sure, but my Santa Maria barbecue nostalgia has much to do with buttered, grilled french loaves that aren’t complete without some char from the grill pressed into the bread. Yum. It worked great with those short ribs, too. 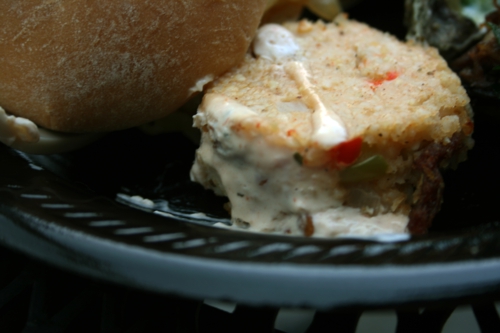 The shrimp and grit cakes pictured here were also great, especially with the spice from the red and green peppers. I was amazed at how much flavor they managed to get out of those little diced peppers. 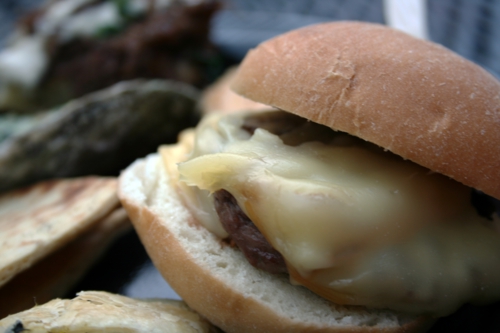 This is one of the lamb sliders with caramelized onions and gruyere. 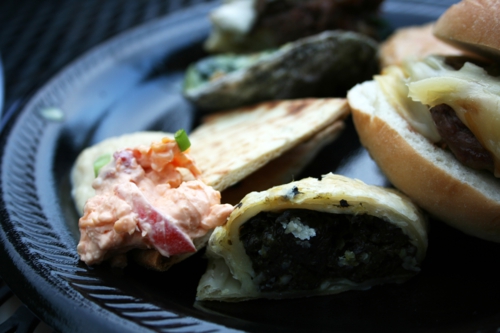 And the pimento cheese spread with pita and spinach and feta saccotini. After partaking in food and drink, we made one last circuit of the place, checking out the free massage tables from Massage Works of Sheryl Mika, 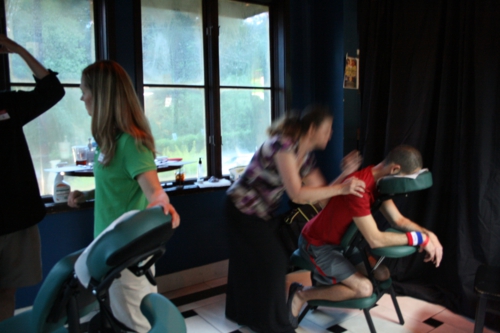 the beautiful Siberian Huskies on hand to convince us partiers to purchase raffle tickets to benefit the Southern Siberian Rescue and pick up some Yelp swag while we were at it, 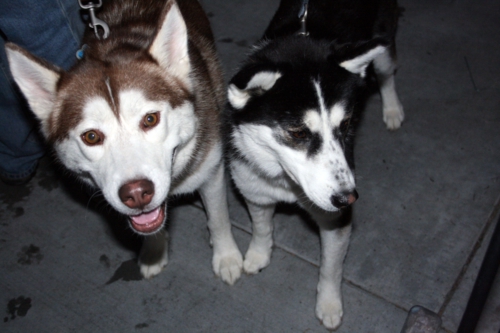 and the photo booth, where silly faces and silly signs are always encouraged. 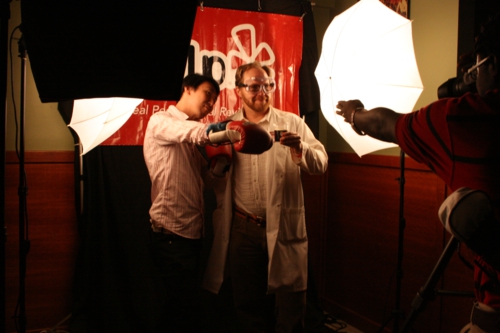 Thanks for inviting us, Triangle Yelp Goddess Christina! Now, does anyone know if the Mathletes or the Athletes reigned supreme over the evening’s festivities? Perhaps I’ll find out once I peruse Yelp’s review site for the party. What, you didn’t think Yelp passed up an opportunity for reviews, did you? Pretty sure you’ll find Mr. Gourmez and me in a few of the photos sure to crop up there in the next day or two. 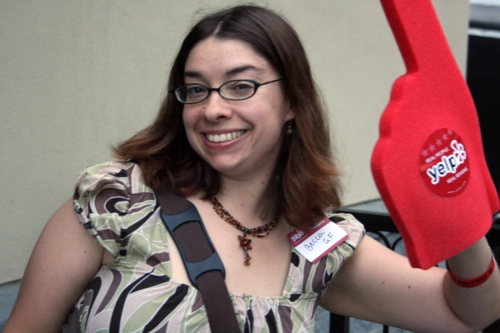