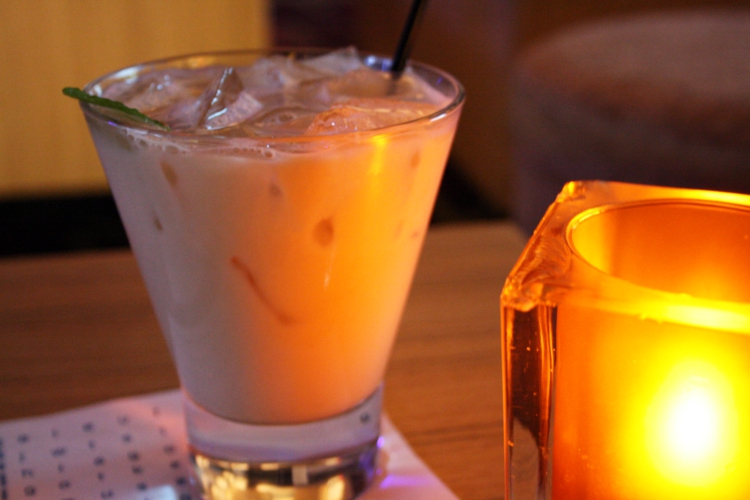 It’s been way too long since I’ve done a cocktail review-—glad I could bring you a unique one this time! This is a mix of Crown Royal whiskey, espresso, triple sec, and cream. That ingredient list reminds me of many times that I’ve tried to mix up something from whatever I had on hand at home, usually with lackluster results—-but that doesn’t stop me from trying!

Initially, I thought the Socialite on Thin Ice would be the same result as my experiments-—okay, but full of ingredients that don’t really belong together. The cream did seem overwhelming, but as I sipped on, I realized that the W XYZ Lounge may have unlocked the secret to my cocktail failures. You need that cream for the other elements to swim around in without being too obnoxious. I think the espresso element does need more of a presence, but otherwise, it was surprisingly drinkable, especially if your palate feels adventurous.