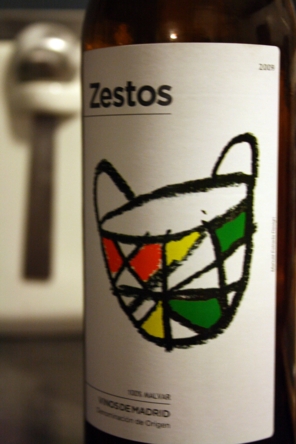 There is some limestone at first, followed with green apple notes galore. It’s dry but also pretty sweet. It’s a lot like a tart cider, really. I’d call it an okay, solid white that doesn’t have any character beyond quenching thirst. 100% Malvar, if you’re keeping track of the grape.

Tasting it, I would compare it in weight to an unoaked chardonnay, and in aromatics to viognier. It was slightly crisp, had some acidity without being searing, but also had some nice viscosity to it. I would drink it with most spring and summer-types salads and white fish. It would also be interesting to try it with avocados.