Last month, I had myself a hot sauce tasting. 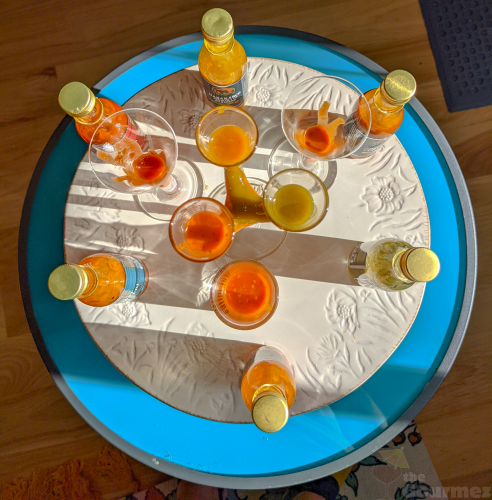 It was glorious. And not just because I received the hot sauce gift box as a sample for review from African Dream Foods (yes, that’s my obligatory disclaimer: I did not pay for these little bottles of joy), but because I truly did enjoy them and the company’s aesthetics and ethos. Each bottle sold gives ten cents to wildlife conservation in Africa. Plus, as a child of the 80s and 90s who loved getting her Wildlife Fact-File cards in the mail, the bottles’ backsides bring a happiness that only a picture can convey. 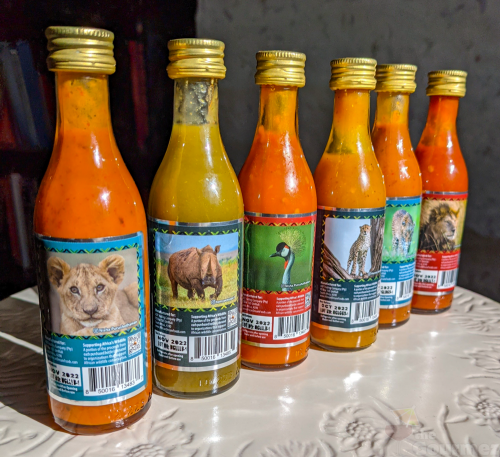 The gift box looked sleek with plenty of padding and a large postcard of a giraffe inside.

Why the African focus? Founder David Schmunk loved the South African flavors he tried after staying in the country for a time. An entrepreneur, he set to work creating a company with fair-trade sourcing of African ingredients that would also combine his loves of photography and wildlife. 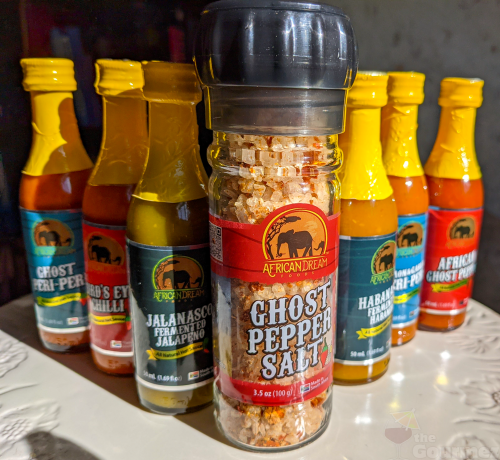 Full bottles of African Dream Spices are 500ml and retail for about $16. A variety of gift box options with smaller sizes are available on their website. The only flavors not included in the travel gift box I reviewed are the Southern Braai BBQ Sauce and the Sweet Dream Sauce, as both have less heat in their profiles.

I am all about the heat. I brought out the big guns for this tasting—tortilla chips freshly crisped in my convection oven. 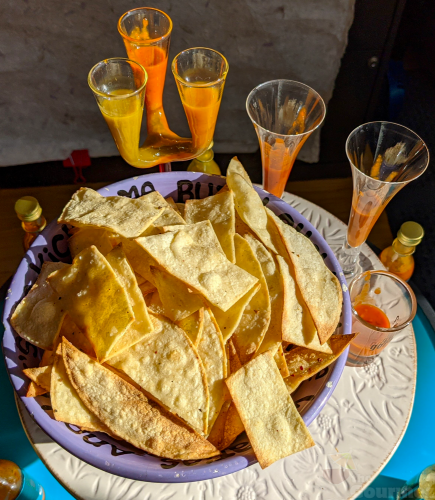 For me, tortilla chips are the natural vessel for tasting hot sauces. The first one I tried was the Bird’s Eye Chili. It’s pumpkin orange, and I loved that the seeds were so clearly still intact inside the bottle. It smelled like a delicious sauce one might mix with cream and bake on top of chicken for a great dinner. Really tasty, and I loved the sweet notes in its flavor profile; they made me think there must be some tomato added. Per the ingredient list, there is not, though there is sugar. Every morsel of bird’s eye chili flesh must have been mined for maximum flavor. The texture was a little chunky, which I like, and heat was definitely present, but the sweetness pleased me most.

I moved on next to the Lemon & Garlic Peri-Peri. Its coloring was a muddy brown-orange with many tantalizing herb flecks: parsley, thyme, and oregano to be exact. One bite had my imagination calling out for grilled shrimp to toss it with. The lemon didn’t announce its presence with a strong voice; it merely provided all the acidity needed for an exceptional sauce, no thanks needed. Mild heat, but enough to keep your taste buds partying.

Next, I went for the African Ghost Pepper sauce, which gets African Dream Foods’ highest heat rating. It’s red as roasted red bell peppers, with plenty of visible seeds and strings of pepper skin. Very little smell, which is often the case for the hotter sauces. They tend to be more of a tolerance roller coaster than a flavor powerhouse. It tasted mellower than I expected, similar in heat to the Bird’s Eye Chili sauce at first. But a burning heat lingers longer than any flavor it imparts. It’s in that linger that the heat builds. Use this sauce judiciously. I’d aim for hash browns or home fries that the chef forgot to season. 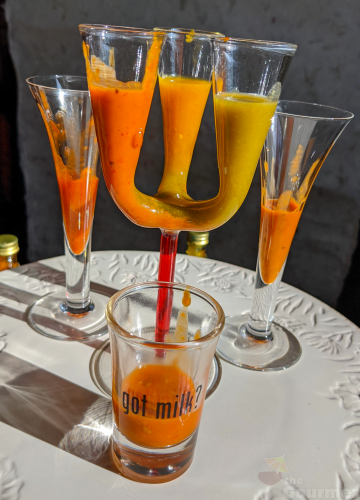 What’s that, you ask? Why yes, I did pull out my triple shot glass for this occasion! That’s living, right there. 😂 In the glass is the second half of my taste testing mission, one sauce per flute. Yes, I am just that classy.

First up was the Jalanasco Fermented Jalapeno sauce. Ortega chile-green and the thinnest of all the sauces I tried. Smelled like roasted poblanos, but that “fermented” clues you in to its pickle-brine flavor. I liked it a lot more than I like most pickled jalapenos found on a salsa bar, as some of that rich jalapeno flavor has been preserved. But I’m not big on foods that taste of vinegary brine. That’s not the sauce’s fault, just a personal preference. However, it’s probably the best option of the bunch for eating straight with chips!

After the Jalanasco, I was worried the yellow Habanesco Fermented Habanero sauce would be more of the same, only spicier. But I had hopes it would conjure the deliciousness of a juicy jerked chicken leg—I haven’t had one of those in far too long. The sauce was nearly scentless, but a sweetness came through in a whiff. I was reminded of a good jerk chicken on sampling it, as the sauce did not have as strong of a vinegar profile as the Jalanasco. Smooth and flavorful going down, with spikes of ghost pepper heat. I can’t help but think it tasted yellow, somehow. Apparently, yellow tastes good while maintaining plenty of heat!

I was excited to try the Ghost Peri-Peri last. I had really enjoyed the Lemon & Garlic Peri-Peri and wondered if the addition of ghost pepper would harm its flavor profile or jazz it up with heat. Turned out it was the latter – the Ghost Peri-Peri sauce offers a spicier take on the Lemon & Garlic Peri-Peri without sacrificing flavor. But I also absolutely loved the lemon & garlic on its own. The ghost pepper heat overpowered the lemon a tad, yet its overall flavor profile struck me as brighter when tasting side by side.

I also had to crack open some of that Ghost Pepper Salt, of course! 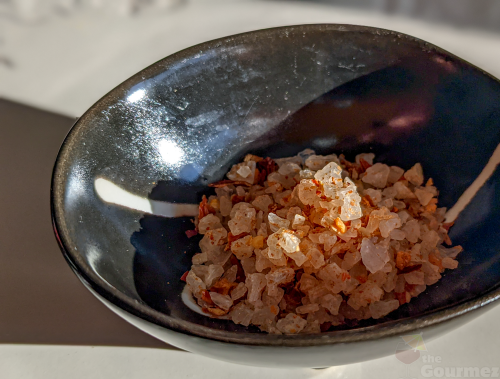 It decorates the salt rocks with appealing color flecks. The ghost pepper flakes are sparse enough that you can’t really overdo the heat while using it. Try it with fresh buttered popcorn or for a surprise kick in chocolate chip cookies.

I recommend African Dream Foods hot sauces, most especially for its peri-peri sauces. But they all demonstrate a better preservation of the peppers’ true flavors than you get in most hot sauces, and that pleases me. In addition to their webstore, you can find African Dream Foods online at Walmart.com, and they hope to be available via Amazon soon. Honestly, though, get a gift box so you can try a few at a time!