A Virtual Taste of TerraNoble Carménère

In early September, I had the pleasure of taking part in a virtual testing with Marcelo Garcia, the winemaker at Chile’s TerraNoble (website). To prepare, I pretended I was on the grounds of one of TerraNoble’s vineyards—ah, the magic of green screen in a time of pandemic. Yes, once again I was attempting to combat my wanderlust. 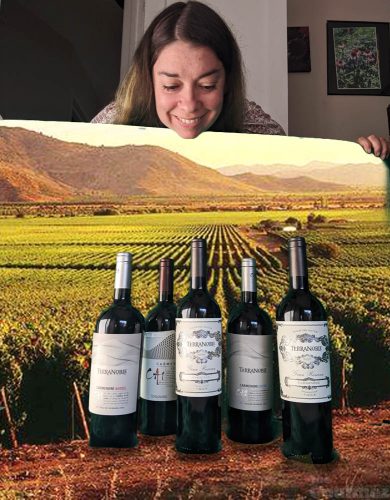 Pretend travel is certainly better than no travel, and pretending with a quintet of Chilean wines is a genuine treat. Obligatory disclaimer: These wines were free to me to sample for this post. 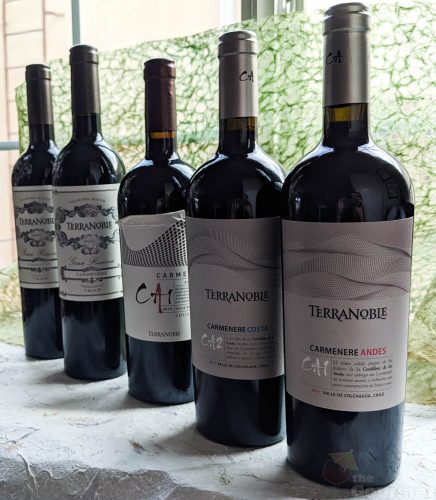 Humble, honest, noble. Those were the first words Marcelo, who joined the winery in 2015, spoke that I jotted down that day. They are words that epitomize the land and the wines of TerraNoble, their motto being “Noble by nature.” Marcelo took us through the history of both the winery and winemaking in Chile more generally. The winery had only been founded for a year when in 1994, the wine industry learned that Chilean merlot was, in fact, the rediscovered carménère grape, which had been severely decimated in the Old World. Many Chilean winemakers, including those at TerraNoble over the years, dedicated themselves to its restoration and to learning how to best show off the grape in their winemaking.

TerraNoble spreads over four estates that span the Casablanca, Colchagua, and Maule Valleys. The years spent evolving their carménère style have paid off, which was clear in the glass. 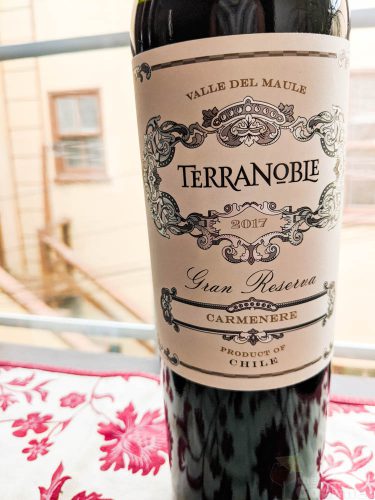 We first tried the TerraNoble 2017 Gran Reserva Carménère. This is TerraNoble’s flagship wine, the first premium value wines released from the Maule Valley. Parsley, eggplant, green bell pepper, and blackberry abound in the nose, a bevy of produce. In the glass, those notes combine to create a pleasant union of sweet and savory. Bell pepper and parsley come out first on drinking, but the wine quickly delves into blackberry, blueberry, and huckleberry—a berry potpourri with cedar notes. A dusting of ground black pepper is sprinkled on, like seasoning the meat just before it hits the grill. Dark chocolate gives it all body.

We transitioned next to a side-by-side tasting of the 2016 and 2017 CA1 TerraNoble Carménère Andes vintages. 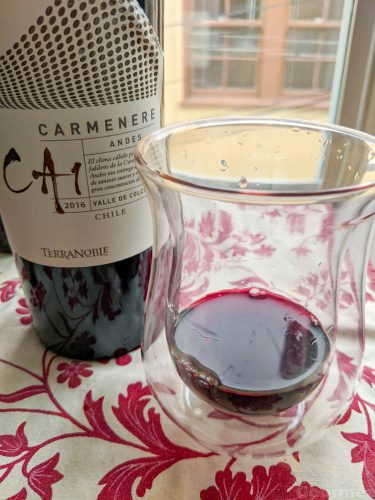 Tasting different vintages from the same vineyards is always fun, but what’s that CA1 designation? It means that this wine comes from the Los Lingues vineyard at the foot of the Andes Mountains in the Colchagua Valley. It’s part of a TerraNoble project that contrasts that mountainous terroir with—hold that thought, actually. We’ll finish it after comparing these two vintages.

The 2016 CA1 TerraNoble Carménère Andes smells of dried herbs—marjoram, thyme, oregano—and black raspberry candy. The herbal notes strike the tongue first along with bell pepper, but that candy red flavor comes in strong, like red licorice or roasted strawberry tossed with rhubarb. Bay leaf notes provide structure. It’s radiant and fun and would be a great complement for mushroom risotto, as Veronique of Food and Wine Chickie recommended, or perhaps saag paneer. Even sandwiched vanilla crème cookies would be enjoyable to pair with it. 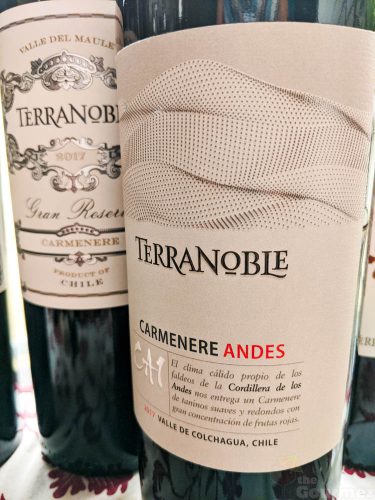 The 2017 CA1 TerraNoble Carménère Andes possesses stronger berry notes in the nose, along with tobacco and faded herbs. It needs some air to open up, then Jolly Rancher raspberry, bay leaf, and anise notes come in. There’s also dark, bittersweet cocoa powder. Darker and richer are probably the best descriptions of it in comparison to the 2016 vintage. The 2017’s heat builds slowly, like a fire in a cabin’s hearth. But compared with the next wine, it’s downright bright!

Remember when I told you to hold that thought? Well, you can release it now, because our next wine is the 2017 CA2 TerraNoble Carménère Costa. Yes, that’s right: CA2. After the treat of comparing vintages of the same wine side-by-side, we also compared the wine from that mountainside vineyard of the CA1 with the coastal Lolol vineyard for the CA2. Both vineyards are within the Colchagua Valley, but situated in very different soils and climates. For example, the vines of the CA2’s carménère grapes need watering every week, while the CA1’s only need two to three waterings per season. 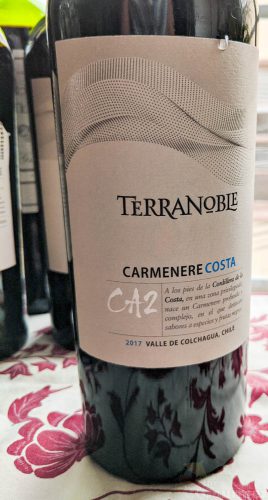 I may be projecting, but this wine has an affinity for seafood. Its notes are flatter overall than the 2017 CA2’s, though it possesses more minerality and salinity. I taste limestone, sand, rock, and clay. The fruit is restrained: plumped elderberries or other fruits baked into a coffee cake. Rather than starting with that characteristic bell pepper, as the other TerraNoble carménères do, it ends with it. This is a wine that’ll let the food star. Try it with seafood pasta or perhaps a Chinese hot pot meal.

Bet you’re thinking that TerraNoble only makes carménère, aren’t you? Guess again! There are seven wines in TerraNoble’s Gran Reserva line, and we ended our virtual tasting with a different varietal. 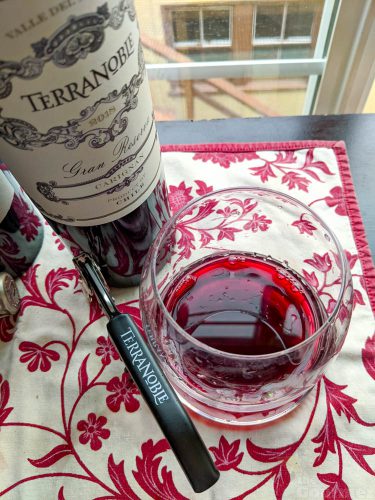 What a treat to switch grapes at the end! The 2018 TerraNoble Gran Reserva Carignan has a subtle, cool-weather barnyard smell: straw, horses, strawberry. It zips on the tongue with red raspberry, like your first taste of candy.  Orange-peach notes wind through it, the recollections of a push-up pop or an orange anglaise. There’s grass and memories of childhood skinned knees and evening breezes on a summer day. I quite like it. 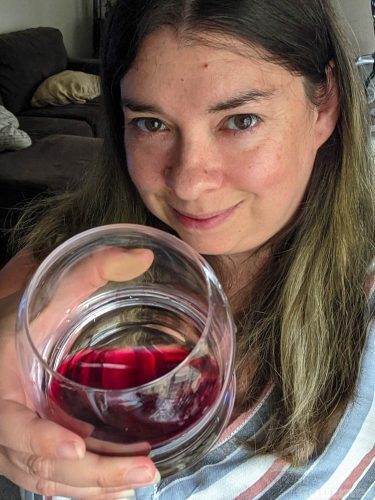 In 2019 TerraNoble achieved certification as a sustainable wine of Chile, and in 2020 they undertook vegan certification as well. All the wines we tried impressed me, though I most enjoyed the two Gran Reservas. Yet I can easily recommend them all, especially at their market prices of $19­­–$25.

2 thoughts on : A Virtual Taste of TerraNoble Carménère