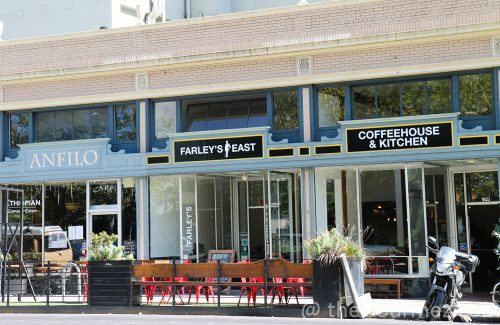 Farley’s East (33 Grand Ave) has been a fixture of Oakland’s Uptown neighborhood for eight years now, and after the space next door opened up, owners Chris and Amy Hillyard jumped at the chance to expand the shop. Especially as the purchase would mean that Farley’s East would finally acquire a full kitchen!

Yes, it’s a coffee shop, but healthy and tasty soups, salads, and sandwiches have always been part of its appeal. And with the new digs comes the addition of new menu items, which I was invited out to preview during their soft re-opening a few weeks ago. Obligatory disclaimer: that means the food I’m about to describe was entirely free to me. 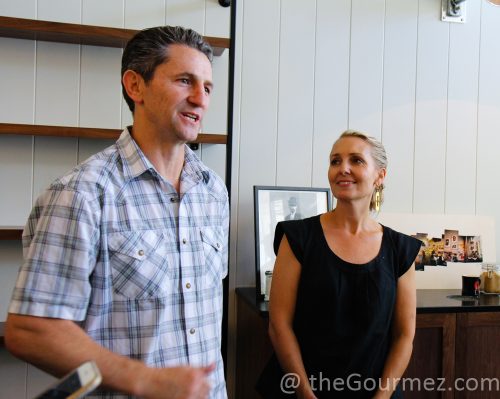 Amy is head of the kitchen, and she impressed me when she gave her opinion that people want choices on a menu, but not too many of them, which I have found to be very true in my food-writing experience. We humans get overwhelmed easily! Of the additional choices Farley’s East is offering is a surprising one: casseroles! 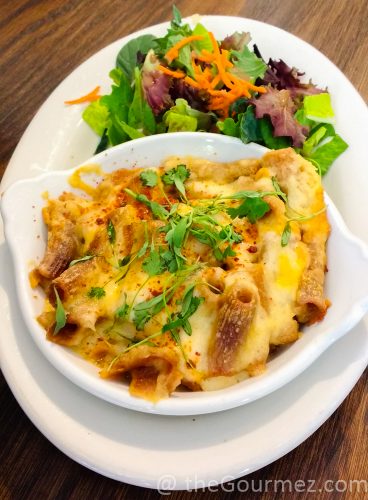 The chipotle mac and cheese shown above is just one of a few that Amy plans to rotate. The others include tamale pie and chicken biscuit thus far. The mac and cheese had lime and cilantro to go with its delicate heat kick. I think the pasta may have been whole wheat – it’s hard to tell under all that cheese. 😉

The fresh berry and coconut milk chia pudding may have been the best addition to the menu that I tried. 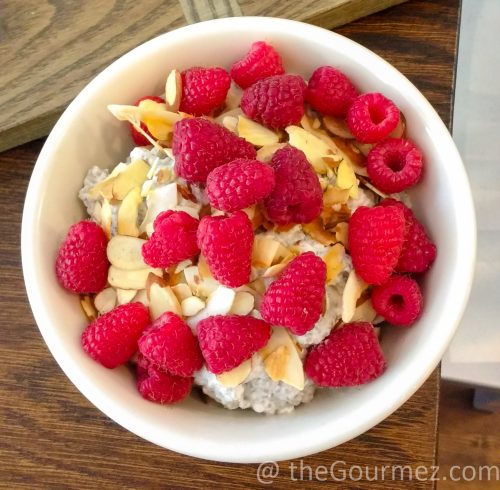 I only had a bite, but it was certainly memorable, with the brightness that makes for an enlivening breakfast. If you don’t want to order it at the counter, you can also pick it up in the new cold case for grab-and-go items. 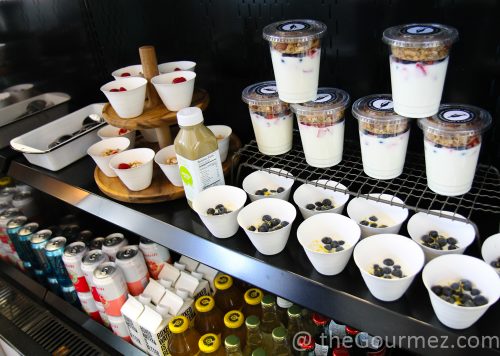 Also available there are granola cups and delicious Urban Remedy juices that Amy made sure we tried – the celery-based Glow juice and orange-carrot-turmeric Cold Crusher were quite refreshing. If you want something a little less invigorating, there’s also wine and beer on tap.

For salads, the Whole Health Protein Bowl was the best of them that I tried. It’s vegan without being advertised as such. 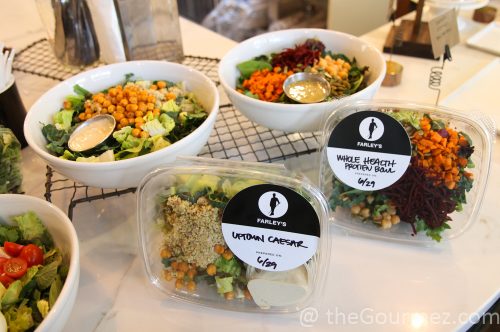 I loved its vibrant colors, and I enjoyed how the bitter greens complemented the sweetness of roasted butternut squash and raw beets. The tahini dressing is tasty as well. It’s a satisfying salad that doesn’t feel heavy, which is a rare find.

Farley’s East take on the cobb salad is admittedly not as light, but I have such a hard time saying no to this classic combination of ingredients. 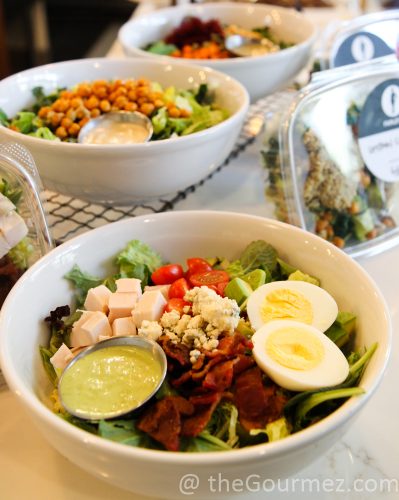 Using extra thick bacon and their chili-lime roli-roti chicken, which also appears in their new torta, ups the meat ante, making it a competitor for the attentions of carnivores. I loved that they used a lively green goddess dressing rather than the standard bleu cheese—though that’s crumbled on the salad, of course.

For as much as Farley’s East’s remodel brings change, there’s also a recognition in the redesign of celebrating what works for this coffee shop. The new space pays tribute to the Potrero Hill Farley’s with its openness and inviting light meant to foster more fellowship and community—though laptop workers are still welcome in the loft. Chris’s father founded that first Farley’s, where they used to give free coffee to patrons who came in their bath robes after the 1989 quake. It was named to honor Chris’s great grandfather, Jack Farley, who disappeared one day in the 1920s – the family never learned what happened to him.

In addition to keeping that spirit of welcome that Farley’s East has always conjured with magazine racks, literary readings, and charity fundraising, the shop continues to sell the pressed and cold sandwiches they’ve focused on in the past and a very important baked good. 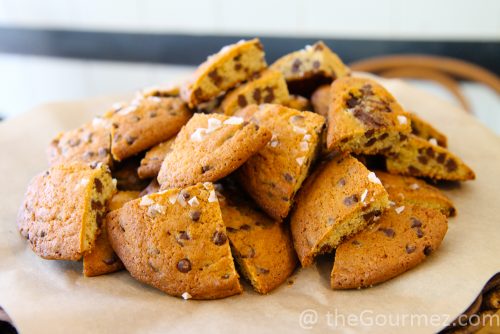 Made with Amy’s recipe, these chocolate chips cookies are a house staple for good reason: With crispy edges, fluffy centers, and generous salt flakes, they hit all the right notes for such an iconic treat. Most of Farley’s East’s pastries and baked goods will be provided by neighbor Firebrand Artisan Breads, but these cookies will still be made in-house. Acme supplies the sandwich bread.

I realize I just wrote a whole article on a coffee house without reviewing the coffee at all! While I didn’t taste any during this media dinner—we were more focused on that beer and wine—Chris did send us home with whole beans of Farley’s house blend.

Farley’s East has been roasting their own coffee since the fall, and I’m loving the light, bright, and non-acidic flavor. ☕ Thx for the beans & rocking mug at your media soft re-opening event!

Farley’s East just started roasting their own beans last fall. I find myself skeptical of third wave coffee houses’ brews these days, because they are often too acidic for me in pursuit of those fruitier notes that others love, but that house brew was earthy and grounded enough to please me while also offering a mild body. Would, and likely will, purchase it myself in the future!

This expansion should further cement Farley’s East in the fabric of Oakland’s Uptown. Thanks, Chris and Amy, for introducing me to your history and your future vision for the remodeled shop.