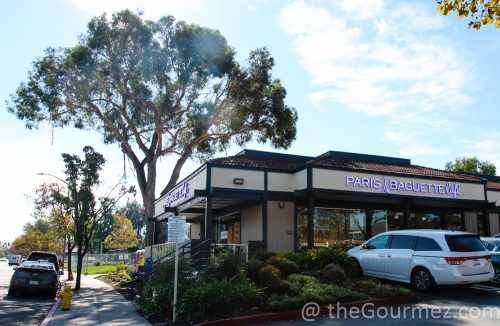 Obligatory disclaimer: This was an invited visit to Dublin’s Paris Baguette and thus, all food and drink was free to me.

Early in November, I was invited out to Paris Baguette’s newest franchisee in the Bay Area: the Dublin store opened just over a month ago at the Almond Plaza shopping center. 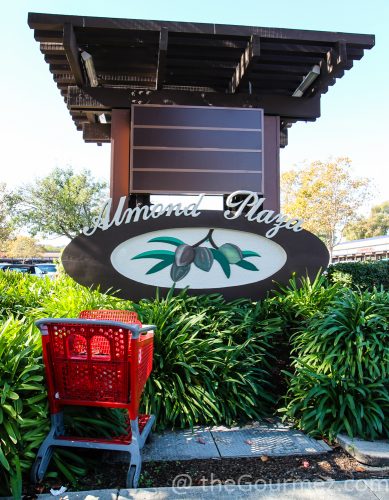 Before this visit, I had only been to Paris Baguette twice before, and before my Bay Area move, I had never seen one. Yes, folks, I had no idea this brand was all over the globe! The parent company, SPC Group, is based in Korea, and their first Paris Baguette opened in 1988. They came to the USA in 2005, and the Dublin branch marks the 49th store in this country and one of about 3,500 stores worldwide. 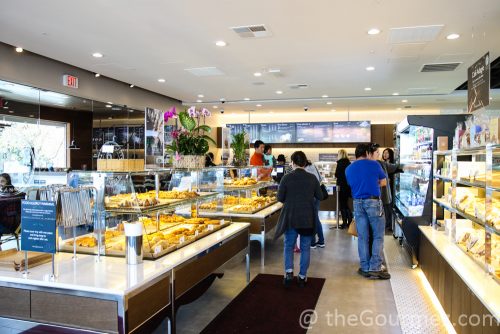 As I walked in, I experienced the familiar sensation of “What do I do?!” that’s greeted me on my past visits to Berkeley’s Paris Baguette. The sensation comes because the first things you see are rows of baked goods, display cases, and shelves without clear instructions on the process for purchasing. 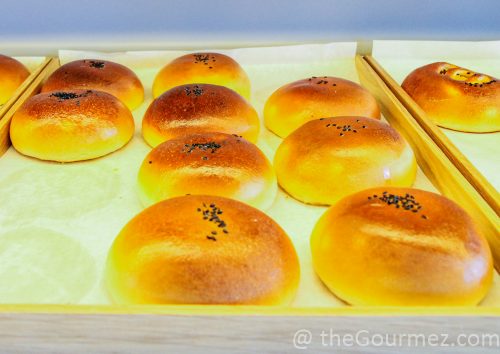 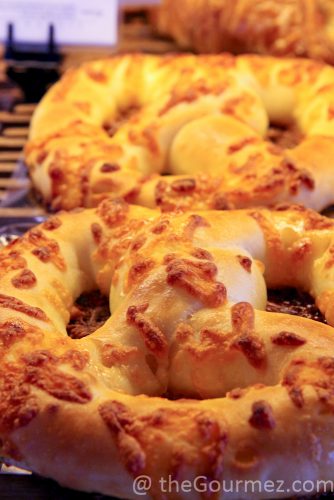 At the Dublin store, there is also a register in back along with menus, cold cases, and a coffee counter. Plan of attack? Grab a cute bamboo tray, select your pastry items, then order everything else you want at the register. Don’t forget to grab some ready-to-go sweet breads for holiday hostess gifts! 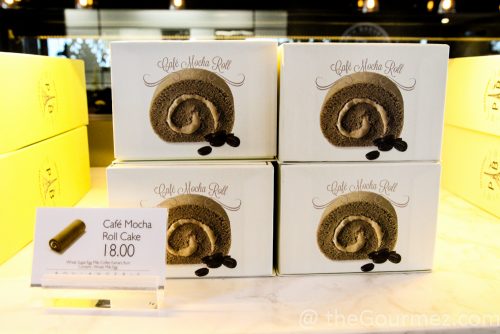 Ellie Han, a district representative for the company, guided me through the pastry section, where any of 250 or more baked goods might be available at any given time—the selection is constantly changing. Case in point: Berry cronuts that didn’t come out until after I’d tasted a plate full of baked goods already. Quelle horreur! 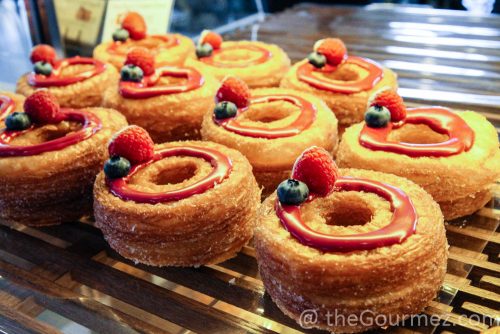 Paris Baguette’s Korean influences are clear, playfully intermixing with baked goods of European traditions on the pastry island, sometimes in creative fusion. I went for an eclectic selection to try a little bit of everything. 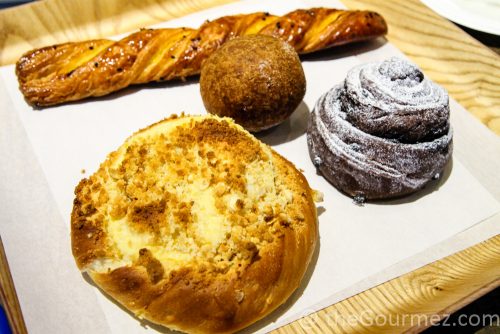 That’s a lie; there’s no way someone could try a little bit of everything Paris Baguette offers. I’m not sure it’s physically possible. But it’s something to aspire to. My favorite pastry of the day also happens to be Ellie’s: the chocolate roll. 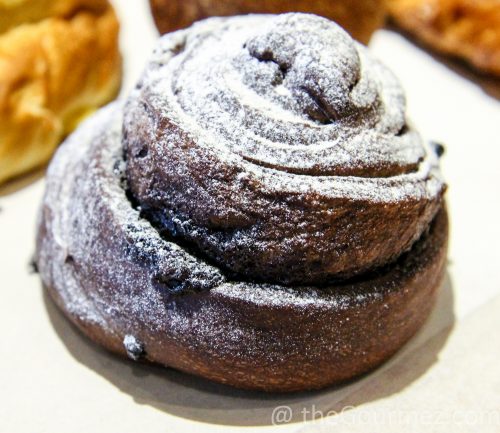 It’s beautiful and has lots of chocolate chips baked in. Try it with a cup of coffee. Paris Baguette makes a great one of those, too, to-go in a distinctive design. 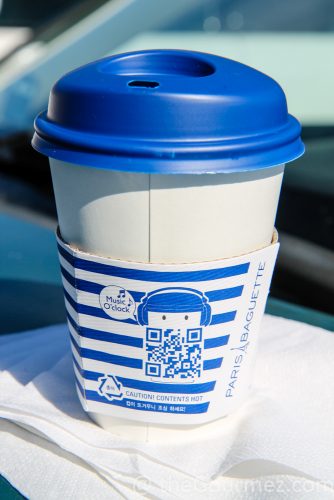 I really liked the earthy, nutty, Café Adagio blend. I also really liked the chestnut roll, which is a yeasty bread that comes crusty on the outside and soft on the inside. I apparently don’t know my nuts very well, because the chestnuts, mixed into the icing and sprinkled on top, tasted just like hazelnuts to me, which is no complaint—hazelnuts are amazing.

The sprinkle of black sesame on the sweet potato twists also worked well. 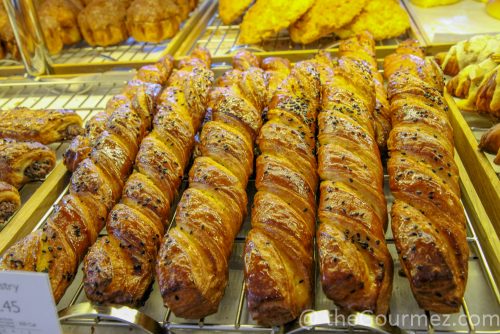 Those twists feature a light layer of sweet potato paste running through them.

I was less enthused about the sweet rice donuts because they were denser and heavier than I usually want for my pastries, but if that sounds great to you, try them! 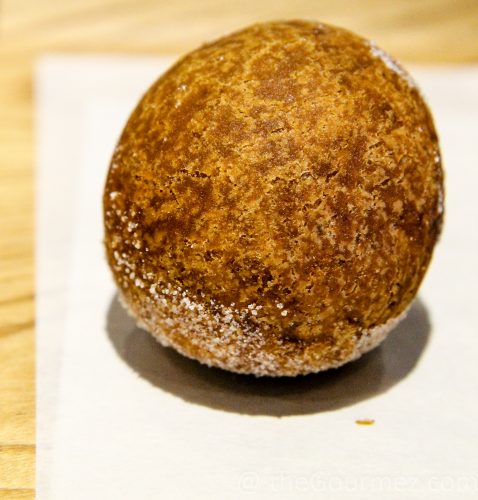 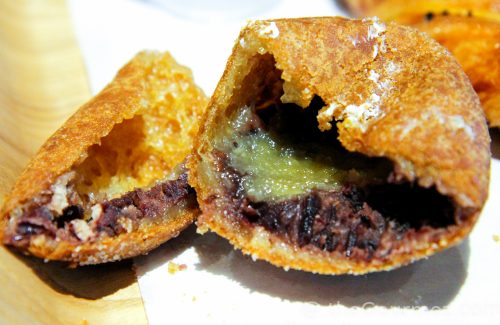 I’m not drawn to donuts in general, as deep-frying soaks in more grease than I prefer. But the layers of sweet rice jelly and red bean paste made for a unique donut experience, for sure. On the red bean side, I also tried, and quite liked, its creamy popsicle flavor in the freezer case. 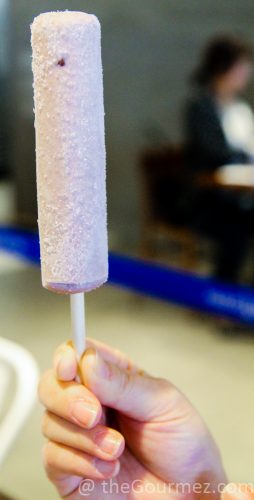 Isn’t that pink-lavender shade lovely? Paris Baguette Dublin offers several other flavors, and they come straight from Korea, unlike the baked goods, which are baked in-house each day.

Interestingly, the Dublin store so far is doing most their sales with the lunchtime sandwich crowd. By the register, you can pick from several displayed sandwich types. They’ll be served to you nice and toasty. 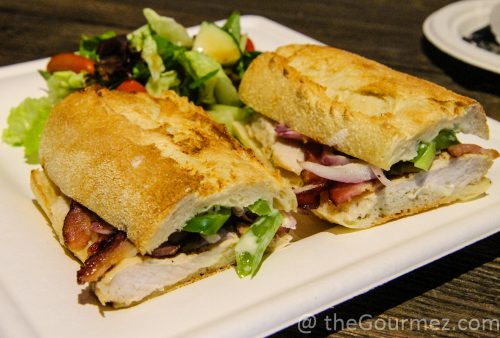 Of course, I tried one of those, too. The bread was quality, as one might expect, and I found the chicken, bacon, cheese, and peppers satisfying together. Sandwiches come with salad rather than chips. As Ellie explained, they figure they’ve done enough caloric damage to their customers already with the pastries!

But I had not dealt enough damage to myself yet. Time for dessert! Pastries totally don’t count. 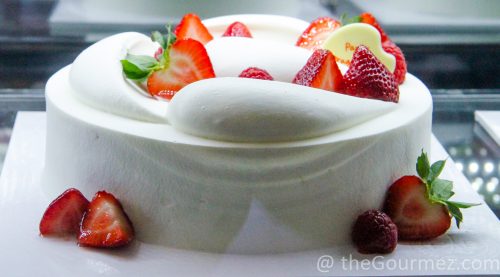 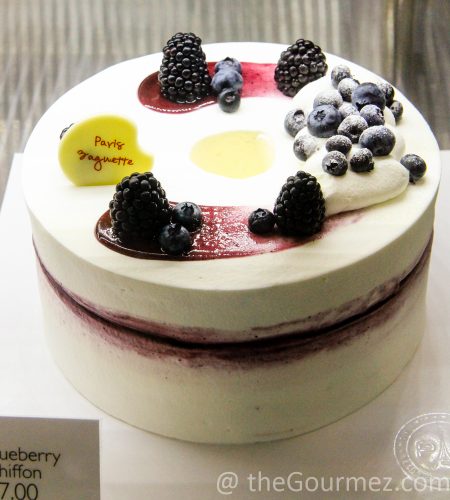 Paris Baguette makes some beautiful cakes! They smartly focus on layer cakes with fresh cream, though cheesecakes and buttercream also appear. I decided the green tea chiffon was calling my name most. 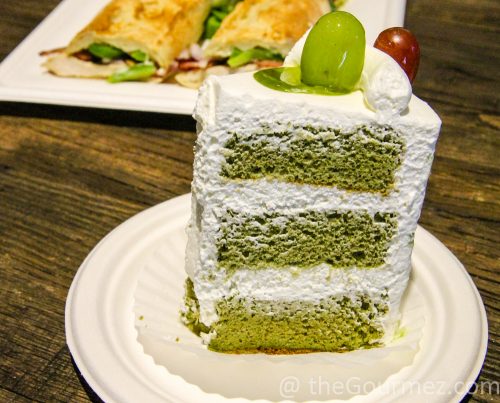 And I am glad for it. A slice can barely stand up under the power of its own weight, yet the cake itself was remarkably fluffy while puzzlingly moist—there’s some sort of magic going on in that kitchen, that’s all I know. And why grapes on top? A mystery, but I want more, please.

Alas, I had tried enough of Paris Baguette for one day. As I prepared to go, I took in the fresh orchids on several tables, possibly there only for grand opening but a nice touch nonetheless. The space has café-style seating that welcomes laptop workers in one section and a patio and glass-enclosed dining area in another.

It’s welcoming with cool tones despite the initial bustling hunt to find the best, most unique pastry available at any given moment. Once your selections have been made and paid for, take a bite and let your taste buds soar while you do the relaxing. 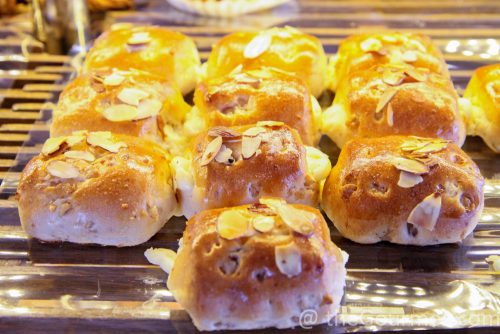 Thank you to the Paris Baguette team for inviting me out!