This is the second of two cookbook reviews I’m posting this week, courtesy of William Morrow Cookbooks, which means (obligatory disclaimer!) the books were free to me. I’ve included a full recipe at the end of the post, so scroll on down if you’re only interested in that…but if you want to know if the Quick Six Fix, by Stuart O’Keeffe, is worth the purchase, read on! 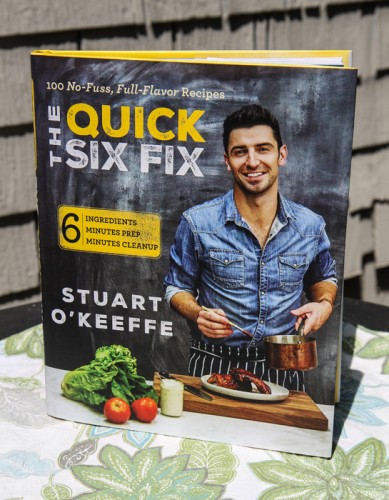 This cookbook caught my eye because I’m a good cook, but lately (the last 3 years totally counts as lately, right?), I just haven’t had the passion for it. Thus, fast recipes that still please the palate are all I really want to prepare. O’Keeffe has designed these recipes with an eye toward ease, boasting only six ingredients each with only six minutes of prep and clean up needed. 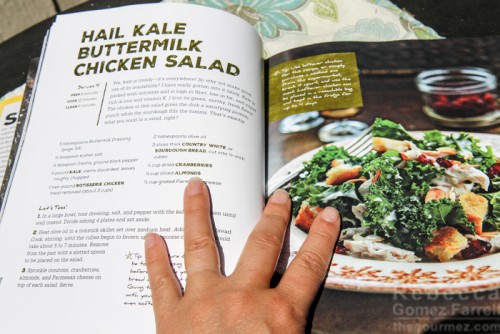 You’ll note that does not include cook time, just the time it takes to assemble the ingredient list and chop/dice/shake as needed. And those six ingredients? Do not include pantry staples, which I think is a reasonable cheat. It’s also reasonable that O’Keeffe includes his list of pantry staples, as there is no guarantee yours will be the same — I stock hoisin sauce, but do you? I also appreciate O’Keeffe’s admonishment to read recipes ahead of time, more than once, as that’s something I always do because I want to fully know what I’m getting myself into.

The book begins with O’Keeffe’s cooking experience, from learning that food preparation doesn’t have to be complex with his mother and aunt to his professional training to his years doing personal chef work. That last bit is where he learned how to clean up as he went, as he makes the point that no client wants to come home to a dirty kitchen. The recipes include reminders to clean at sensible points within the cooking process. Also, Stuart is absolutely a television chef personality, which barely rates a mention  in his introduction — I think that conveys some attractive humility as well. I didn’t realize he was truly known on TV until visiting his website.

That’s it for the book’s front material. The back contains meal plans and themed menus, but I haven’t taken a look at those. I never do. What I do do is cook! I tried out four recipes from the Quick Six Cookbook, and they provided solid dinners that looked and tasted more refined than the amount of work involved would suggest.  But I did have a couple quibbles…

Pork Curry in a Hurry 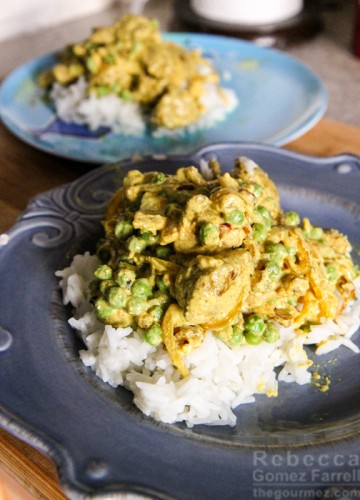 An easy, flavor-packed dish, in large part because of the healthy dose of curry powder involved. I was surprised by how tender the pork came out; a sauté isn’t the most moisture-preserving technique, but I think the rub created a good seal. The raisins are key in this dish, as they provide a burst of sweetness that soothes the curry fire. My yellow Madras curry powder is extra hot. 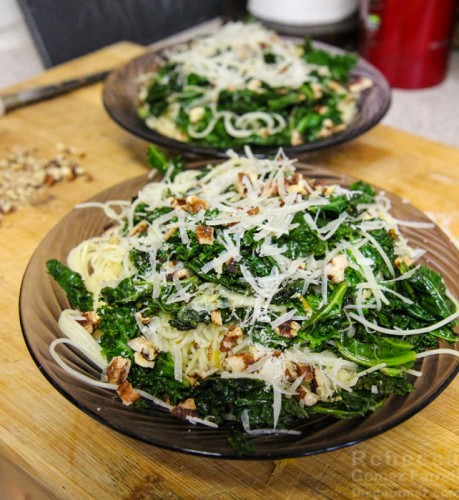 This was the least successful dish, entirely because it needed more sauce to keep it from being essentially dry, plain pasta. The answer to that challenge is not in adding more olive oil and lemon juice, which are the only sauce ingredients. Rather, it needs something like a light cream sauce or a rosé wine sauce, nothing too strong as you want the kale and pecan to shine through, but something that asserts its own personality. The kale and pecan’s contrasting flavors create the base for what’s close to being a pleasant meal. Just needs that little sumthin’ sumthin’ extra. 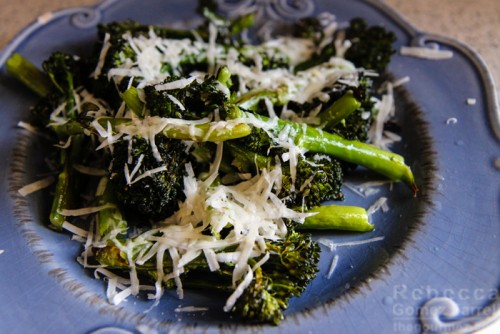 The broccolini turned out great roasted at 15 minutes. I was surprised by the lack of seasonings included in the instructions, but the parmesan provided plenty of salt on its own, and the broccolini really excelled under lemon’s power of accentuation. Super easy, and a great combination of flavors. It also went well with… 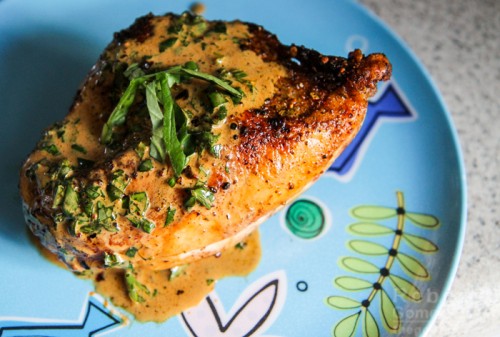 This dish was fantastic. How did O’Keeffe get away with thirteen spices? Well, he called for using Old Bay’s seasoning blend, which combines most of them! Smart. I, however, did not have Old Bay on hand, so I used a Chowhound list of its ingredients–and I did have all thirteen spices!

The chicken skin crisped up beautifully during the sear. 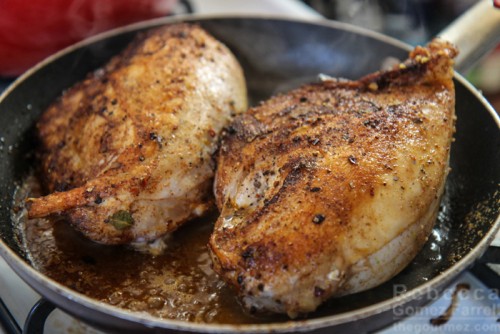 But the cooking time and method O’Keeffe specifies was definitely not enough to get it cooked. So after the described 15-minute simmer in the recipe, I transferred the chicken into the 400-degree oven I had used for the broccolini and finished it off with another 20 minutes of cook time. That gave me a very moist breast with no pink parts, which sounds a lot racier than I intended. Yet…still delectable.

I also subbed basil for tarragon in the delicious cream sauce because the tarragon I’d purchased had white fuzz growing–that wasn’t happening! The basil worked great, and I’m sure tarragon would be awesome as well. YUM.

I have no hesitation recommending the Quick Six Fix cookbook as the instructions are clear, the photography great, the dishes easy to make, and the returns either fantastic or in need of just a little adjustment. You can find it on Amazon here, just shy of $17:

And you can find that free recipe right here: 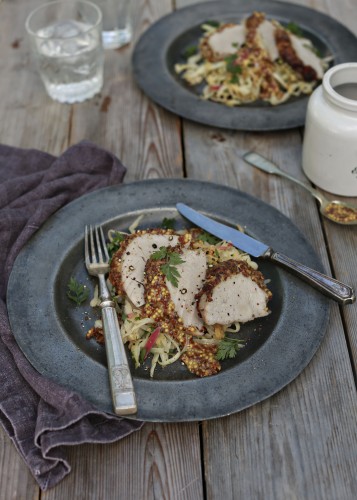 During Easter time in Ireland, I love to whip up this easy dish for my family. My mom always has three other types of meat in the oven, usually a duck, a goose, and a turkey. Sometimes beef, too. So trying to find the space to make this meat ends up in an annual argument. Every. Single. Time. Just a snippet of Easter with the O’Keeffes.

Above photo and website courtesy of the publisher. Enjoy!

One thought on : The Quick Six Fix Cookbook Review