Grocery Café has been receiving a lot of press lately, so I was thrilled when one of my Meetup groups announced a lunch meeting there. It’s a Burmese restaurant tucked away on a corner in the Clinton neighborhood of Oakland. 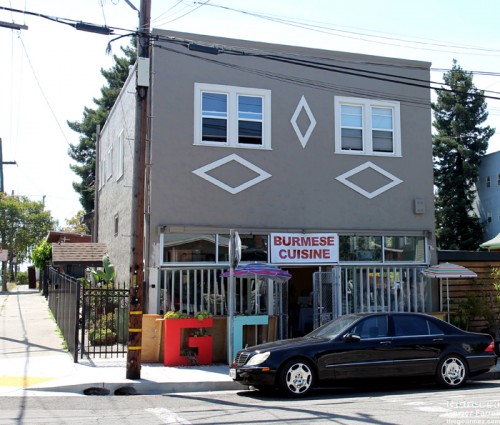 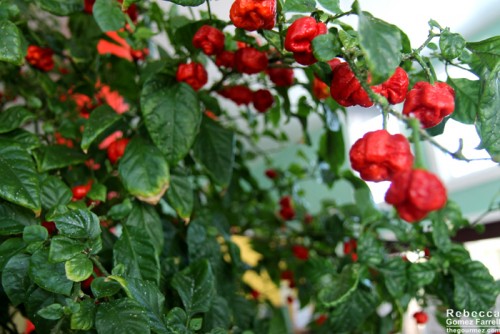 —Grocery Café’s way of letting you know they don’t mess around with your timid palate. The second thing you notice is an eclectic mix of record albums and the vinyls themselves decorating walls that look as though their paint came direct from 1972’s Hottest New Colors collection. Seating is a mix of folding chairs and old church pews, which can be hard to get yourself in and out of but feature comfy pillows.

The menu offers around 15 Burmese specialties, ranging in price from $9 to $12.50 for lunch. With a group our size, we ordered nearly half the menu! 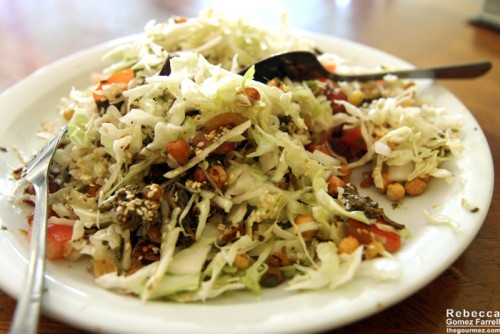 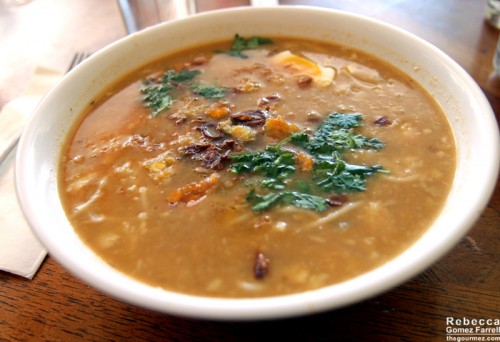 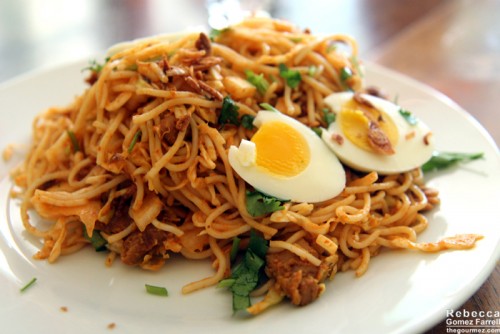 Most everyone was impressed with the level of spice in the dishes, edging close to the too hot border but not venturing over that line. I was more impressed by how that heat mixed in with the rest of the ingredients in my rainbow noodle salad. 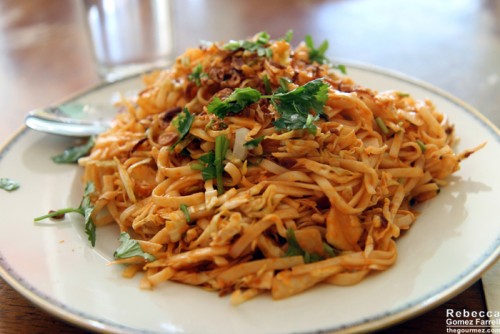 Grocery Café’s food isn’t hot for the sake of showing off but for the sake of unifying the ingredients in their dishes, playing more of an umami role. The cilantro was fresh and did wonders to enliven the linguine-like noodles. The toasted shallots and garlic on top were its highlights for me.

Although the dish was pretty hot on its own, I couldn’t resist trying some of Grocery Café’s additional chiles. 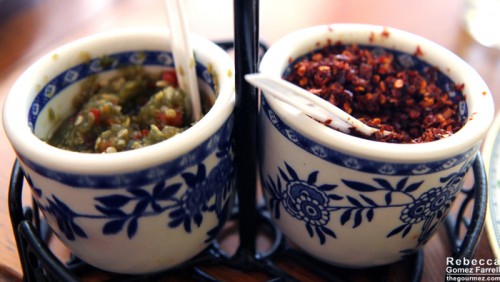 Definitely give the pickle relish a go in moderate doses!

We were delightfully surprised with complimentary tapioca pudding at the end of our meal. 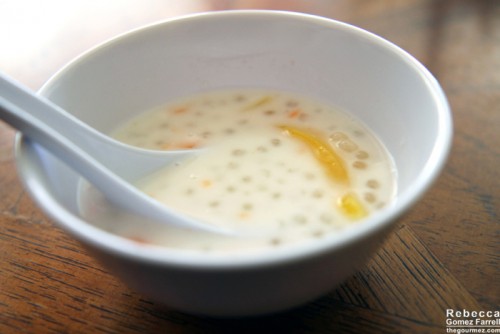 It made for a light, refreshingly cool complement to the flavorful food we’d already eaten. Mango and papaya chunks hid just beneath the surface of the pudding.

Our server did a fair job guiding those of our party who’d never had Burmese food to good selections, though it would have been helpful to have a list of the available drinks somewhere. Regardless, most of us polished off our plates.

I wasn’t blown away by Grocery Café, but I wouldn’t hesitate to return because of the value and because they offer venison and rabbit masala! The whole coconuts also looked like a popular item among regular patrons.

This spot is looking to expand the “grocery” part of their name as well, eventually offering Burmese produce and other items to purchase direct from their cold cases, items that their neighbors likely won’t find anywhere else. Lucky blokes.