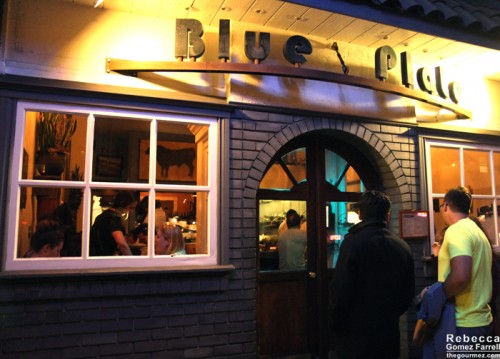 I began my mission to conquer 7×7’s list of the best Bay Area macaroni and cheeses just over a year ago at Mission Cheese. This, right here, is my final review in this series, and I will soon crown my winner. Happily, our last mac & cheese night did not disappoint—the Blue Plate’s (3218 Mission Street, San Francisco) drunken Spanish goat cheese version is a true contender. 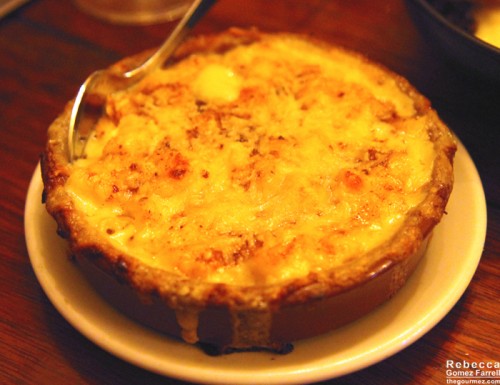 Price: $9, and you’ll find it in the sides. It’s perhaps a dollar or so overpriced, but what isn’t in the Bay?

Cheese: The goat cheese comes through loud and clear, unveiling an amazing tang that compounds with each bite. I would hazard a guess there was also a smattering of mild cheddar, and there is definitely parmesan baked on top.

Creamy vs. Stringy: Thick and creamy, with some string from the parmesan gratin layer. A well-blended sauce with no graininess.

Noodles: Simple macaroni for once! Overcooked ones, which I’ve learned is a plus for mac & cheese.

Breadcrumbs: Patches of finely diced breadcrumbs topped with the parmesan to form that gratin topping. A good, but not outstanding, finish for the dish.

Verdict: What this mac & cheese lacks in pizazz is made up for by the exquisite goat cheese. Whoever made that selection deserves great applause. I enjoyed every bite and would recommend it, for sure. However, my companions found it to be the least memorable dishes of the evening. And who can blame them when nearly everything the Blue Plate served reached a grandiose level of sophistication? They surpassed my expectations as few gastropubs still can. As my key evidence, I offer the Brentwood corn soup. 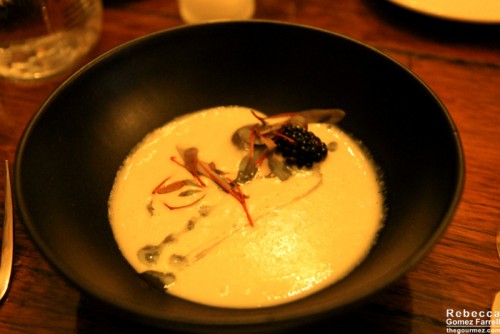 That is only a half-serving of the soup, as they kindly split it between myself and Friend #1, who was so impressed with the dish, she demolished it in 5 seconds flat—maybe faster. I adore corn soup, so I’m an easy sell, but the drizzle of vanilla and the absolutely amazing use of completely charred eggplant boosted this dish into the stratosphere. The eggplant was essentially a greyish dust that we avidly mixed into every bite. HIGHLY RECOMMEND.

Friend #1 and I also split the toasted farro and slow egg dish made with porcini, parmesan, preserved meyer lemon pistou, and grilled bread. 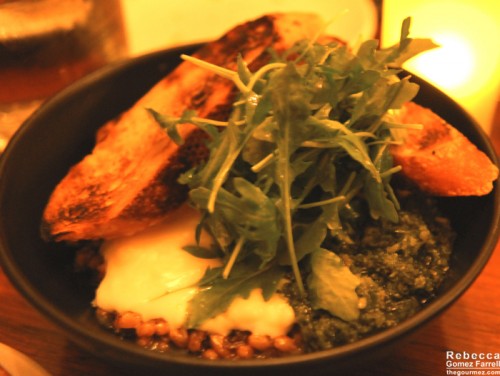 My photograph lacks focus, but this dish does not. I piled everything on the bread, bit in, and delighted in the combination of bold citrus & herb flavors with oh-so-creamy egg and expertly cooked, earthy grains that had a little give to them.  Again, HIGHLY RECOMMEND.

My husband had the white tuna carpaccio, which looked like a fruit pizza with its dollops of lime leaf guacamole and tahini and the chunks of crisp chicken skin and slices of strawberry—sadly, my picture did not come out, but the dish was enjoyed. Friend #2 did more than enjoy his spring lamb ravioli made with a broth consisting of licorice oil, fava beans, baby carrots, and chile oil. He declared it the most savory thing he’s ever eaten! 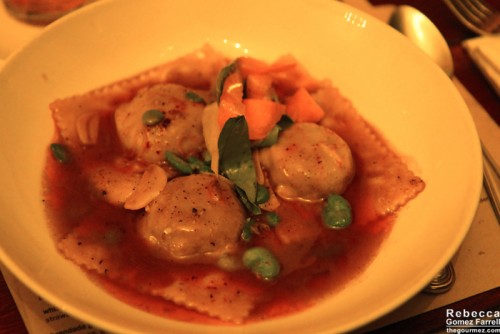 I didn’t not try it, but if you want more details, I’m sure Friend #2 will be glad to supply them anytime. He’ll probably thank you for forcing him back into those memories.

Even the bread was worthy of praise. 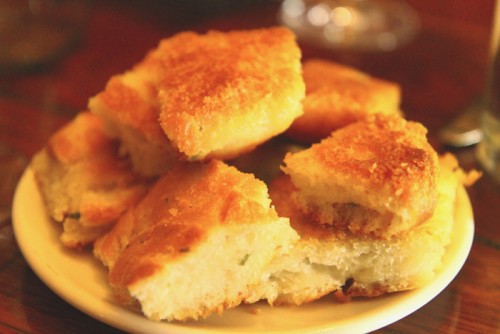 Focaccia is a popular choice among upscale restaurants like this one, but I often find it oversalted or too dry. The Blue Plate’s bread was on the salt edge, which means it had just the right amount to accentuate every bite of the moist, buttery bread dappled with rosemary and olive oil. What crunch from the crust!

Friend #3, my sister, had what may be the Blue Plate’s signature dish: the meatloaf served with Blue Lake green beans and mashed potatoes. 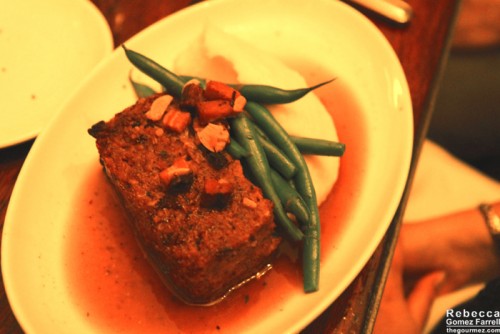 The meatloaf itself was very unique and the tenderest I’ve ever had. All 24 of its ingredients combine to yield a loaf that hints of Chinese 5-spice and conjures the desire to keep eating to try and figure out the rest. My sister was happy with the mashed potatoes, but we both found the green beans to be a lackluster side dish—too waxy and not cooked enough. Also entirely flavorless, which was the biggest drawback.

That one complaint did not extend to Friend #2’s butterscotch pudding dessert. 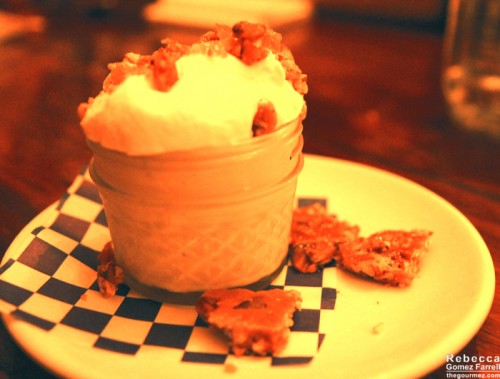 With the omnipresence of salted caramel, I’m finding butterscotch a refreshing change lately. Its flavor was restrained in the pudding, though it also built from first taste to aftertaste. The pralines added a needed crunchy and nicely salty touch.

In case you can’t tell, we liked the Blue Plate a lot, though we did scoff a little at the artwork consisting of 1970s cars and ageless monks. 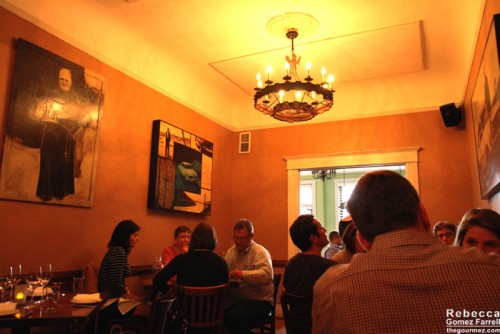 Ducking in through the Blue Plate’s quaint blue door did add to the overall experience. 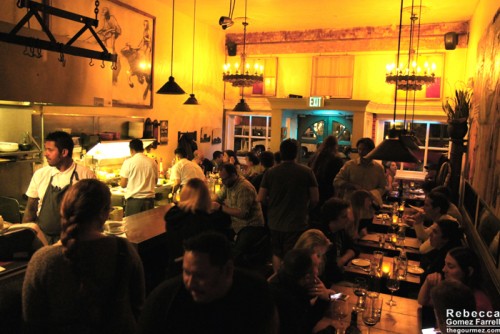 But did its mac & and cheese make it to the top of my list? Tune in next week, cheese-loving friends, when all will be revealed and I will crown a Mac & Cheese Night victor!