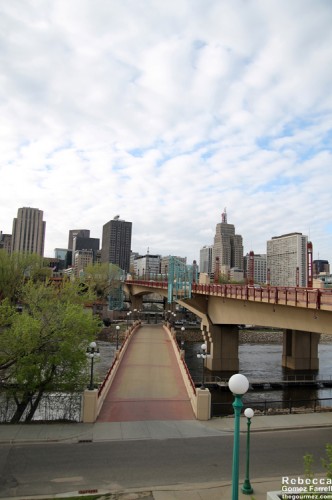 I’ve been to Minneapolis a number of times, but somehow, I hadn’t made it to neighboring St. Paul, the capitol of Minnesota. So on my last trip to the area, I was determined to spend an afternoon there. It didn’t make any sense to this wanderluster to be that close to the city and never step a foot in it.

And I am glad I did! As one native remarked as I was trudging my way up to the Cathedral of Saint Paul— 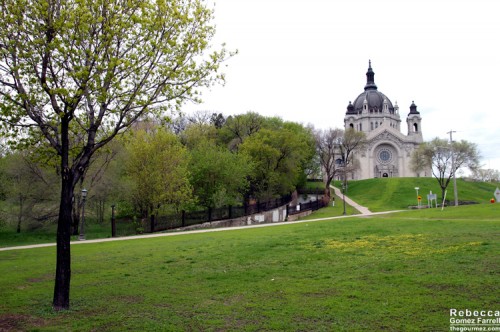 –it’s a city full of beautiful architecture and rich culture. Well, what he actually said is more beautiful and richer than Minneapolis, but I’m not willing to take sides on that debate. I will say that my afternoon traipsing through the downtown was full of awesome discoveries. 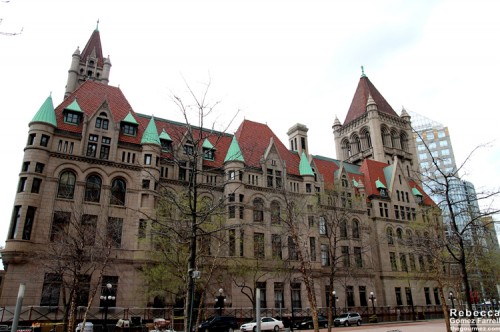 The first of them was in that picture—the Landmark Center. It’s gorgeous and is now used as an event space. The second was the statues of the Peanuts throughout the neighboring parks. 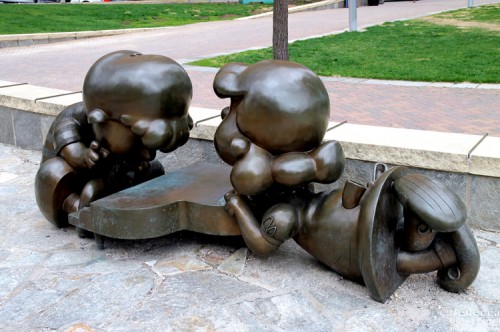 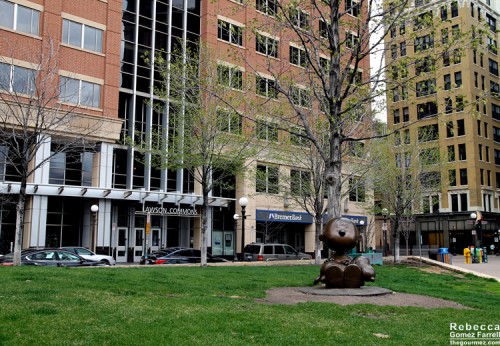 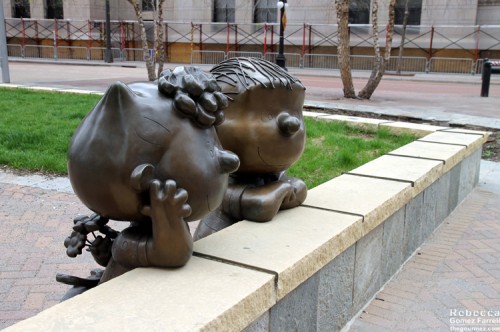 I honestly didn’t know Charles Schultz was from St. Paul. Happening upon little trivia tidbits like that is why I love exploring cities. 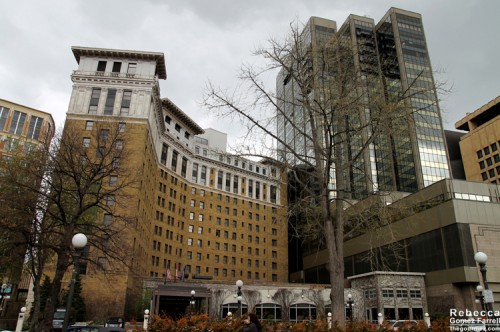 After a Dunn Bros coffee and checking out the Rice Park area, I decided it was time to hunt down that Cathedral, which took my breath away as I passed it on the bus into town. 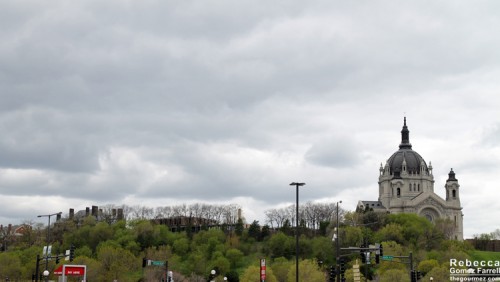 So off I went, getting closer and closer. 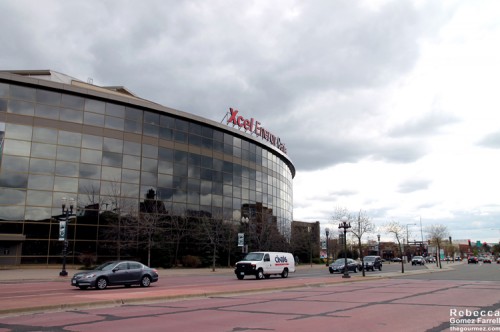 My stomach insisted on lunch before my journeying could continue, so I check out nearby Cosetta (2011 7th St.) a St. Paul institution. 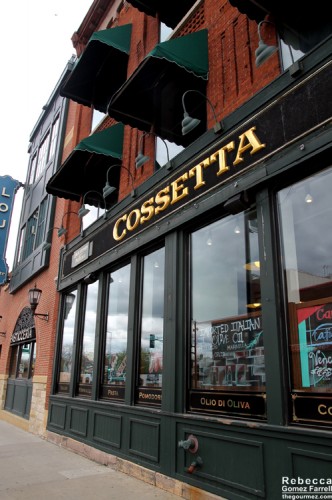 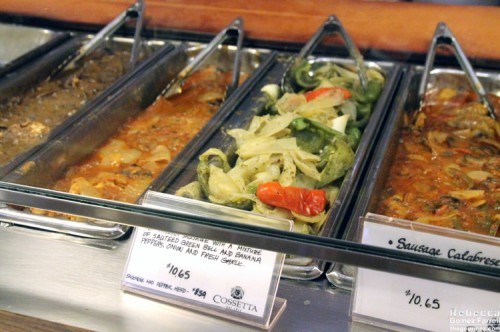 –but Cosetta is also home to an Italian foods market— 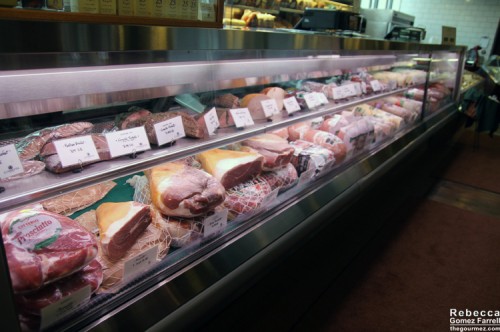 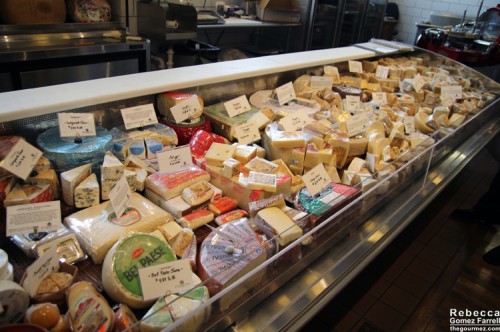 –and a bakery teeming with sweet stuff. 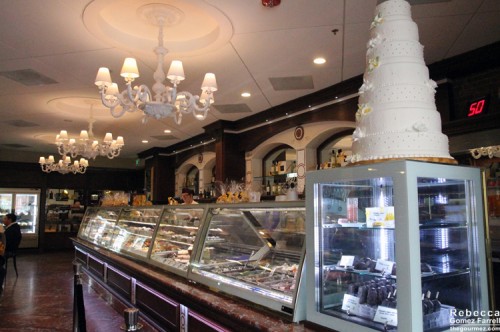 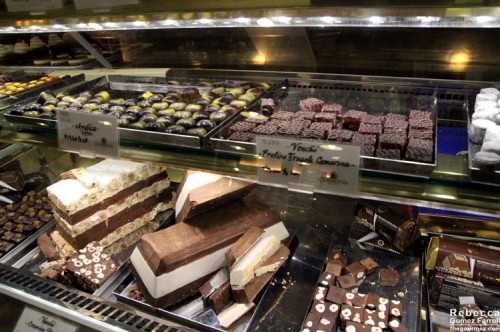 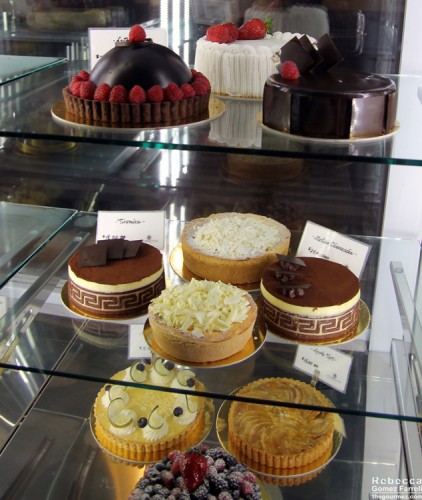 But the real draw for me was actually their newly remodeled rooftop seating area and its view.

I ordered the tortellini in a cream sauce, which fed my need for carbs and included a really delicious piece of garlic bread. 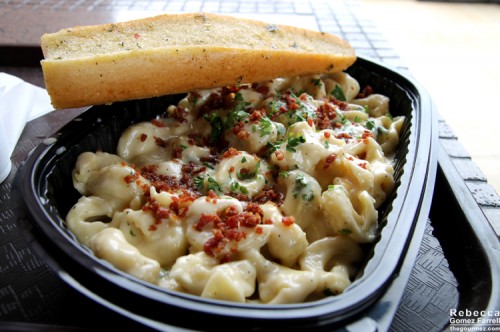 The pasta was good, until about halfway through when the salt was just too much for me. But I have unusually low salt tolerance compared with most people.

After lunch, my mission to the Cathedral continued as I edged my way up Kellogg Blvd and found, just past the freeway overpass, a path through a park that leads straight up the hill to the Cathedral. Victory was mine! 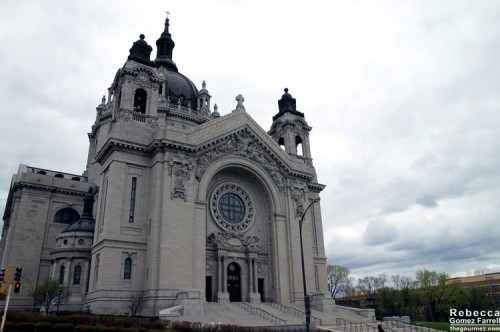 Climbing the hill also granted me a lovely view of downtown St. Paul, where I’d just come from. 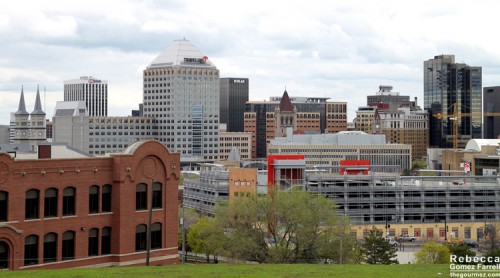 My mission took longer than expected, so I was running short on time—I had to make a 5 pm tour of the Wabasha Street Caves, located 2 miles away on the other side of the Mississippi. But once at the Cathedral, I could help but notice how fetching the State Capitol building also is. 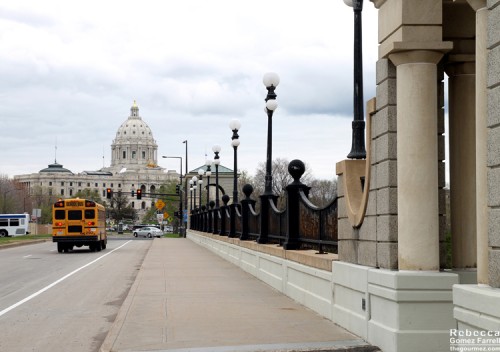 So I determined I had to get close enough to it for a good picture, and then I redefined a brisk walk as I traversed John Ireland Blvd. I could only cast curious glances toward the Minnesota Historical Society and the various statuary in the park in front of the Capitol. Needless to say, I was sad I could not explore them further, but I made my goal! 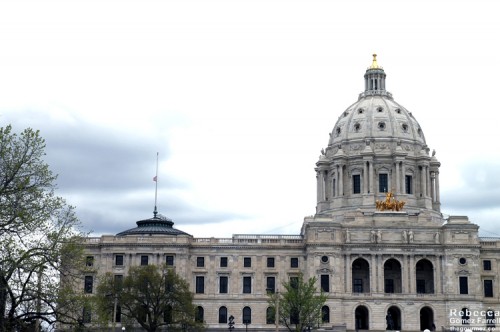 At that point, I had to hustle, flying fast as my feet would let me down Cedar Street toward the waterfront. 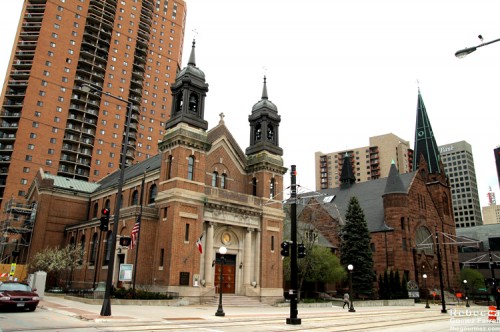 No time for you, pretty pair of churches! 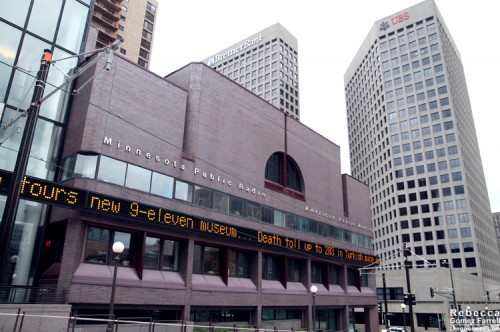 No time to wave hi to Garrison Keillor! 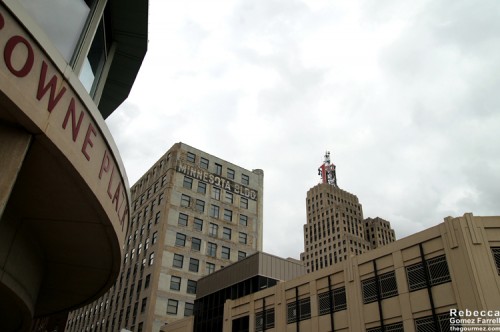 Leaving downtown behind in the clouds.

I reached the waterfront, a mile still to go, but I had to stop for a picture. Coming up on the water was breathtaking. 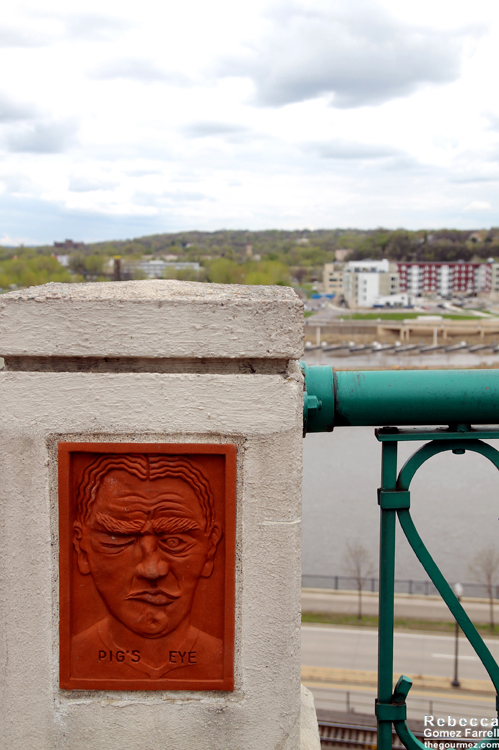 I guessed then that he had to be a shady character in St. Paul’s history and I guessed right! He was the first European settler of St. Paul, a bootlegger during the 1830s. What I didn’t know was that Pig’s Eye would only be the first odd St. Paul personality I’d learn about that day. I found the others during my Wabasha Street Caves tour.

Located smack in a hillside, the Wabasha Street Caves (215 Wabasha St) are a privately owned series of caves with a long history. St. Paul used to have many more caves, but most of them have collapsed or been filled with rubbish by now. The Wabasha Street Caves started out as silica mines, became a long-running mushroom farm, the first in the US, and slowly morphed into a speakeasy during Prohibition and the restaurant Castle Royal thereafter.

I’m not including pictures of the inside of the caves, because the owner likes to approve them first and I’m lazy, but this Snoopy should give you a hint as to the tour’s content. 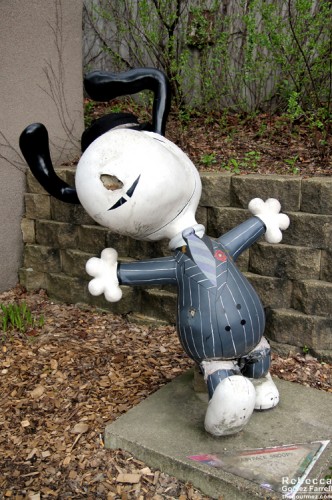 Yes, folks, the tour’s chockfull of gangster lore! It’s $6, and I found the caves’ history fascinating. It included many legends about the notorious Most Wanted who used to patronize the establishment, including an unsolved shootout—unsolved due to the help of the St. Paul police in covering it up. Our tour guide also obliged us with a ghost story that gave me the shivers and that’s hard to accomplish! Check out their website for tour times.

After the caves, I headed back across the river to my bus stop. But not before taking time to truly appreciate the view from the Wabasha St. bridge. 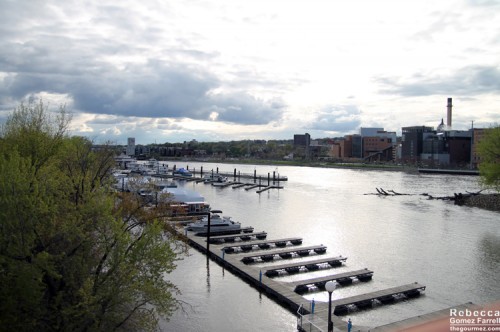 St. Paul, I never knew you were so scandalous! Not to mention a feast for the eyes and a little too much of one for the stomach. A St. Paul history book has now been added to my must-read list. If you’re intrigued too, feel free to peruse the rest of my St. Paul photos here.