A Foodie Day Trip to Sonoma 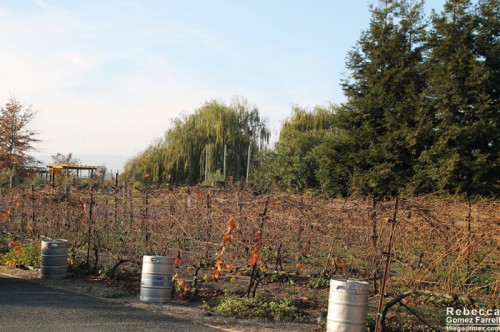 A view from Homewood Winery.

My first visit to Sonoma took place a few days before Thanksgiving 2013. It was a quick jaunt into the winery-laden countryside not so far from San Francisco. The downtown area is very cute, full of alleyways and courtyards that hide a range of stores and tasting rooms. 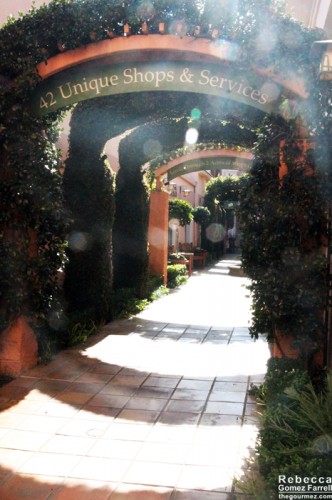 Entering one such alleyway 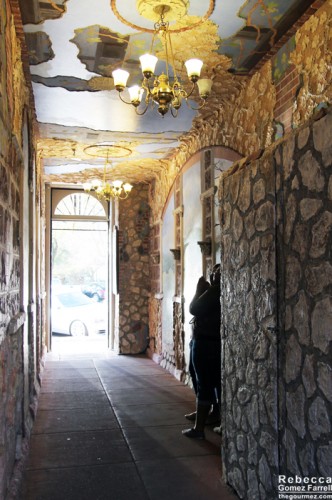 Of course, I managed to eat and wine-taste the afternoon away quite easily. The Highway 12 Winery Tasting Room is a great place to start due to its central location at the corner of 1st Street and Highway 12. 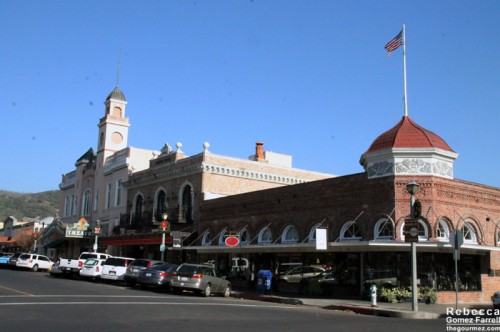 The tasting was free, possibly because it was a lazy Monday. Highway 12 features wines from a variety of Sonoma-area vineyards, and the wine pourer was happy to guide my friend, who was on her first wine-tasting experience, toward the sweeter wines that she preferred.

Walking up First Street afterward, we found ourselves passing by the beautiful old Sebastiani Theatre– 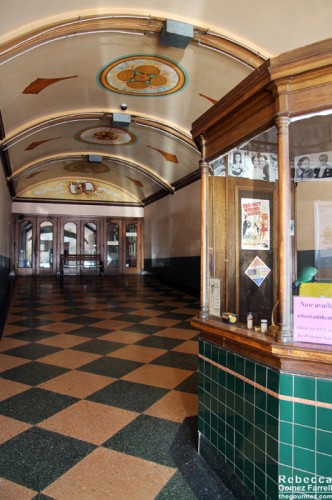 –and stumbling across the San Francisco Solano mission up the next block. 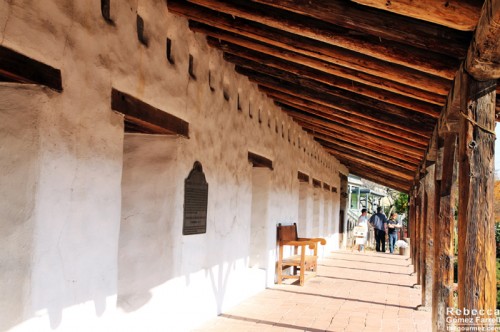 We didn’t linger on sightseeing, however. Wine and food was our game plan. So I focused in on the Chocolate Cow (452 1st St. E #F) down this row of storefronts. 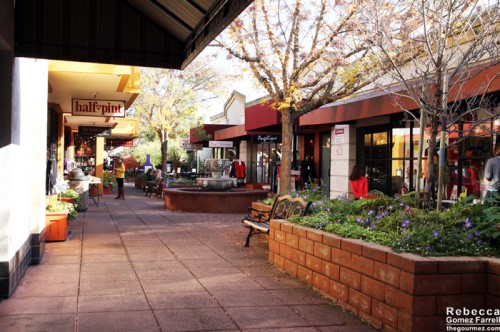 Their Thanksgiving pumpkin and turkey chocolates were beautiful. 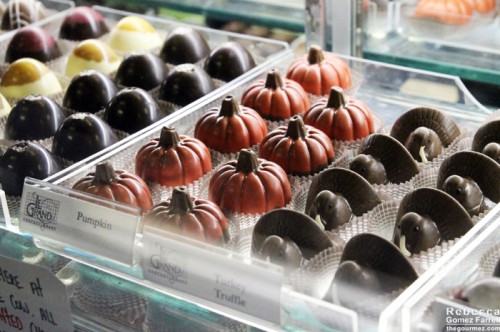 As were the fudges and ice cream vats. 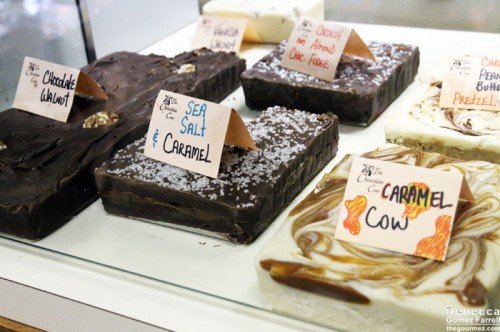 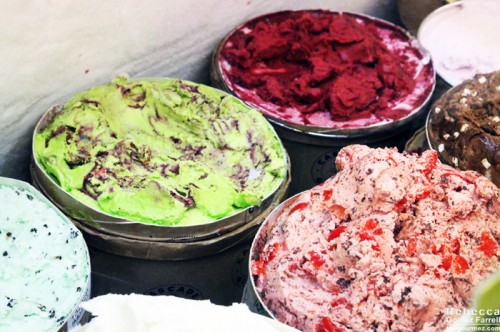 Ultimately, I ordered an affogato, in need of a caffeine kick after that first round of wine tasting. Rather than stick with their recommended vanilla gelato, I asked for the dark chocolate and I do not regret it one bit. 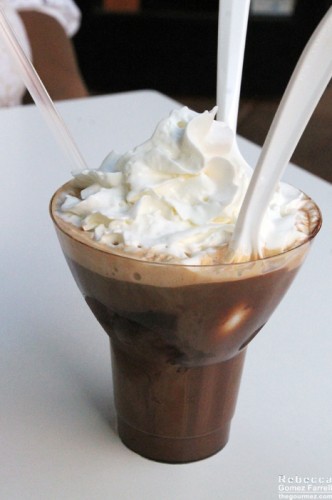 It was good, y’all. Dense and full in flavor while not melting too fast in the espresso. There is another chocolate shop in downtown Sonoma’s passages that also has chocolates to sample…but I’ll let you discover that one all on your own. They have a great range of dark chocolates to choose from.

Our time was short, so we moved on from downtown in favor of visiting one of Sonoma’s small wineries on its own grounds. A list of the most affordable tasting rooms led us to Homewood Winery (23120 Burndale Road), which was hopping with events even though its grounds and tasting room are small compared with other wineries I’ve visited. 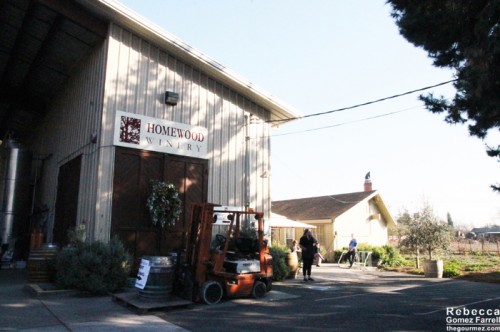 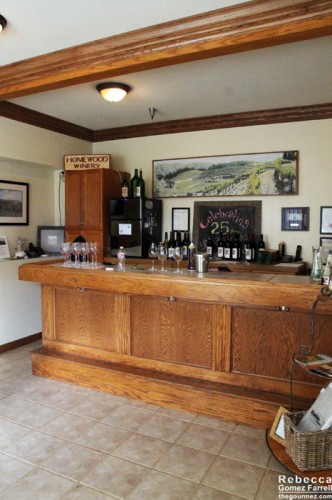 At $5 for a sampling of six wines, it was indeed affordable. I was surprised that their dessert wines pulled my focus—I’m normally a lover of dry red wines, but Homewood’s style is too French for my preferences. My friend who loves sweet wines was seduced by the 2011 Late Harvest Albarino, but I fell for the 2010 Merlot Port, which I’ll review in a separate post.

After our second round of wine, the sun was dipping low and we still hadn’t stopped for lunch. Luckily, we remembered passing Angelo’s Wine Country Deli  (23400 Arnold Drive) on the way in, and the red and white cow called our names. 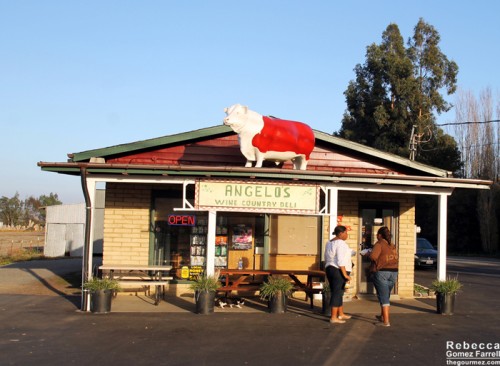 The deli offers sandwiches made from meats cured by Angelo’s Smokehouse, a 30-year-old institution based in Petaluma. Inside the deli, you can order up whatever sandwich you’d like while munching on the multiple samples of salsa and beef jerky also produced at the smokehouse. 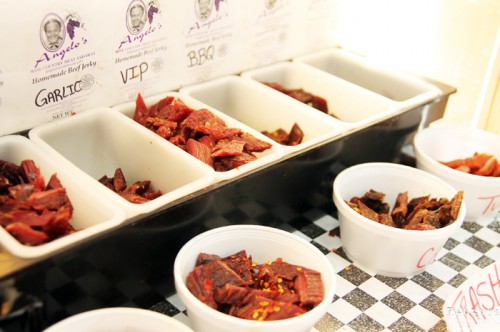 That was definitely good jerky—even the turkey had plenty of flavor and that can sometimes be quite the feat. Angelo’s also has a fridge packed with sausage to take home. They make over twenty varieties. 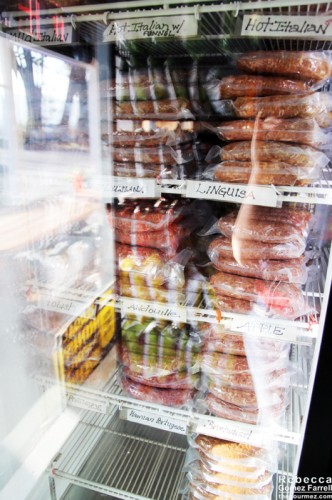 I opted for a salami sandwich on a sourdough roll, and it was just as mayonnaise- and meat-packed as I needed. 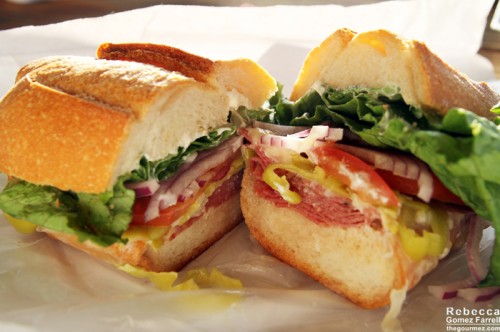 I did have to take a fair bit of the meat off—there was just too much of it! The salami I did eat was wonderful, lightly spiced, and fresh as could be. We shared the picnic tables out front with a customer who claimed he eats there every day, so that’s a vote of confidence from a local.

Finishing our sandwiches and the setting sun signaled that it was time to go home.

I think we managed to pack a lot of foodie fun into just a few hours’ worth of escape from the city! I can easily see Ben and myself spending a weekend in downtown Sonoma, exploring the courtyards and the various breweries and wineries hiding in the hills. Now to give Napa a try!

For my full set of pictures from Sonoma, click here.

2 thoughts on : A Foodie Day Trip to Sonoma