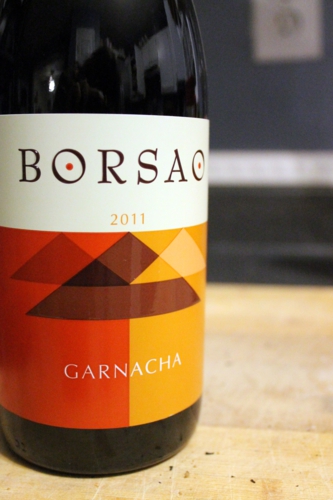 Grenache wines are hit or miss with me. I adore Spanish wines, but Tempranillo has a special place in my heart. Grenache can sometimes be too dry for my palate and not as lively as its Spanish cousin. But when it hits, it’s a memorably layered wine.

This is not that time. The nose is smoky with juicy blueberry notes. I’m not a fan of blueberry, though I am learning to like it in small doses. But a wine that starts off with it in the nose turns me off right away. The bigger problem, however, is revealed upon drinking. The wine feels flat, like it hasn’t taken that step into our 3-D world quite yet. It is very dry and very high on the leather and smoke scales. I’m puckering when I sip it, and I don’t want too. The fruit on the tongue is less blueberry and more starfruit and raspberries that have not ripened. It’s also chalky.

For now, this is a wine to bypass. Aging has the potential to mellow all those sharp and dry qualities, but it is nowhere near drinkable as is.

There aren’t any, though I stumbled across a few reviews of the 2009 vintage. Mainly, I learned that the same winery has a higher end version of this wine called Tres Picos that has picked up a lot of acclaim and awards. Needless to say, I don’t think the value version holds up. I am curious what I’d think about that Tres Picos, however.